Xbox One fans look set to receive some huge news from Microsoft ahead of the Halo Infinite and Gears of War 5 release dates.

Those looking to pick up an Xbox One can grab the console right now at a great price thanks to deals and bundles online retailers often run.

But Microsoft look set to make the price of starting your Xbox One gaming experience even cheaper soon.

It was previously revealed by Thurrott.com that Microsoft are working on a disc-less Xbox One console.

And it looks like this brand new, cheaper Xbox One console could be about to launch soon.

According to a post by Windows Central, the disc-less Xbox One – called the Xbox One S All-Digital edition – is set to launch on May 7.

It’s believed that Microsoft are targeting a simultaneous global release for their new Xbox One console. 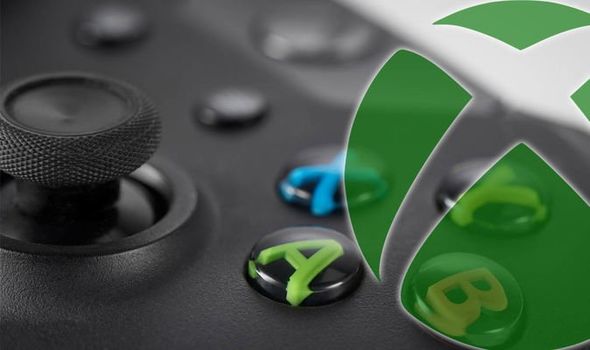 Not only that but leaked artwork obtained by Windows Central has revealed games that could be bundled with the new console.

These three games are Minecraft, Sea of Thieves and Forza Horizon 3.

Windows Central said: “Our information suggests that the Xbox One S All-Digital edition will have the lowest recommended retail price (RRP) of all current Xbox One consoles, aimed at newcomers to the ecosystem, although the exact pricing is unknown at this time.”

The cheaper Xbox One is set to launch ahead of the release dates of a number of highly anticipated exclusives – Halo Infinite and Gears of War 5.

Gears of War 5 is set to release in 2019 while the launch window for Halo Infinite is unclear.

However it has been confirmed that Halo Infinite won’t skip the Xbox One and end up on the next-gen Scarlett console.

Halo franchise director Frank O’Connor has moved to reassure fans that Halo Infinite will indeed be coming to the Xbox One.

O’Connor was asked by a fan on Twitter about an alleged leak that Halo Infinite would be coming to the Scarlett and not current-gen consoles. 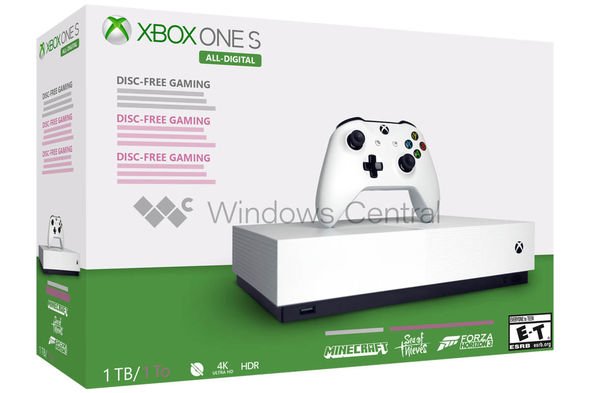 But the Halo bigwig responded: “I have no idea what leak you’re talking about, but Halo Infinite will be released for Xbox One and appropriately spec’d PCs.”

With Sony absent from this year’s E3, Microsoft will likely be going all out to steal the show at the major gaming expo.

So more details on Halo Infinite – as well as the Xbox Scarlett – are likely to be revealed there.