Some role-playing games' difficulty basically lives or dies on the current experience level of a player's party. Others have trivialized it almost entirely. Xenoblade Chronicles 3 rests safely around the middle of the road, opting to add enough separate systems that levels aren't totally make-or-break, but giving foes enough of an edge on underleveled parties to incentivize keeping the pace.

Simply going through the game's critical path, tackling narrative quest after narrative quest, will get you closer to a reasonable level than you might have feared. But it isn't optimal, which makes sense considering how the Xenoblade Chronicles series prides itself on side content. With this guide, we'll help bring you to as high a level as you fancy, at any point in the game. 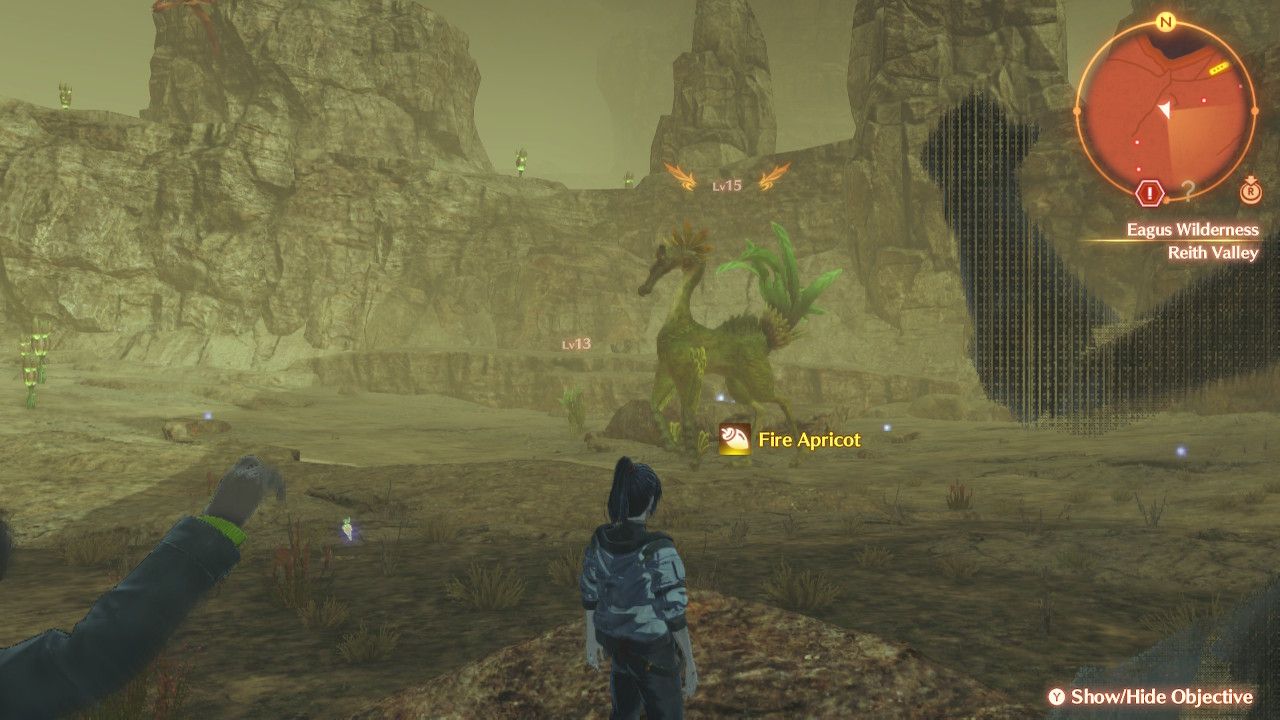 They say there are three types of Xenoblade players. Those who run past every enemy they can, those who run past the small fry but actively chase after the tougher fare, and those who attack every single thing that ever crosses their screen.

We don't recommend that third path considering Xenoblade Chronicles 3's world is more jam-packed with monsters than any prior entry in the series. Nor do we suggest the first option — you'll likely struggle against certain mandatory combat situations. It's the second path, that sacred middle path, that yields the greatest results.

In Xenoblade Chronicles 3, there are four categories of foe: Normal, Lucky, Elite, and Unique. Normal monsters are just that. They make up the bulk of the beasties and soldierly sorts who will be roaming Aionios and not keen on Noah's group doing the same.

Past that is where things get interesting.

So, right off the bat, it's fairly obvious that Lucky, Elite, and Unique enemies are the ones to fight when you're aiming to level up quickly. But if that were all there is to it, we might not have written this guide.

Lucky monsters are going to drop quickly. Too quickly for you to really sink your teeth into Xenoblade Chronicles 3's more complicated, and more rewarding, combat sub-systems. Elites will give you far better chances to reach that point, and Uniques will sometimes outright require you to engage with all those little details in order to survive.

The Art Of Overkill To Gain Levels Swiftly And Efficiently 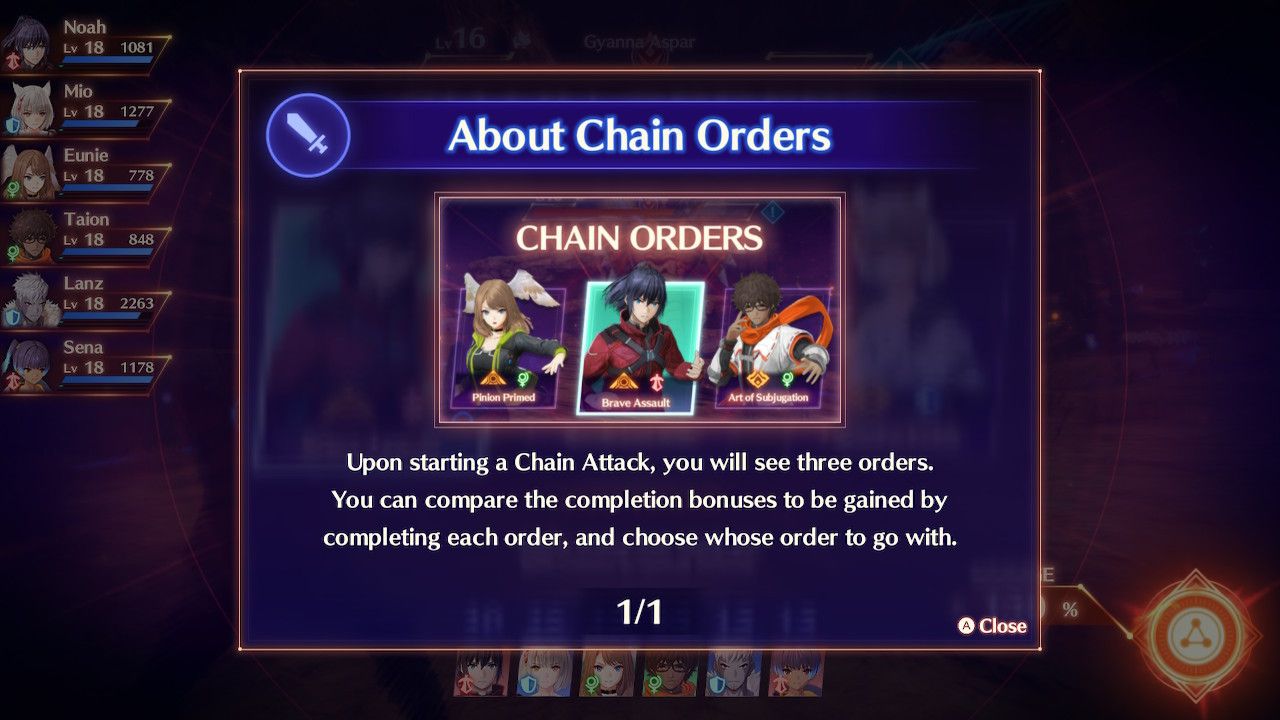 There's a lovely little system in Xenoblade Chronicles 3 called Chain Attacks. You will learn about them several hours into the game, and as soon as you do, you can start rolling them out to really put the pain to your enemies.

Here's a primer on Chain Attacks, in case you're still a bit foggy on the whole thing. Once the system is unlocked, you will gradually build a Chain Attack gauge as your active character successfully performs certain actions, such as canceling auto-attacks into Arts, using the Arts themselves, doing so efficiently, performing role actions, and having accessories that hasten the process.

If you're having trouble with more than just Chain Gauges, there's an in-game mechanic that allows you to access a special menu option called Training Drills. Partaking in a Training Drill gives you an infinite amount of time to follow some fairly helpful prompts, letting you practice just about anything combat-related to your heart's content.

With so many ways to elevate the gauge, you will doubtless find at least a couple that work for you. Getting to that Chain Gauge is of the utmost importance in Elite and Unique battles, because this is when you earn not just a fair amount of experience points from slaying your foe. No, we're talking several hundred points in Chapter Two, and the chapterly equivalent increase as the chapters roll on by.

This is where the fun begins. When an Elite or Unique foe (or boss, really has very little HP remaining, press '+" to trigger the Chain Attack. Now, follow the prompts, learning the intricacies of the process to maximize how long you spend committed to this flurry of attacks from your home team.

Cranking things up to 100 percent will get you started grinding fine thanks to those aforementioned experience bonuses. But with a little practice, you'll be batting hundreds higher. Getting into the 300 percent and higher range will really grant a heck of an experience point boost. Score that last f couple of hits on that baddie to maximize your experience gain.

This entire process of accuring more experience points through successful Chain Attacks is called Overkill, by the way, hence our terminology. You are essentially overkilling your enemies by x percent as you build up those combos. 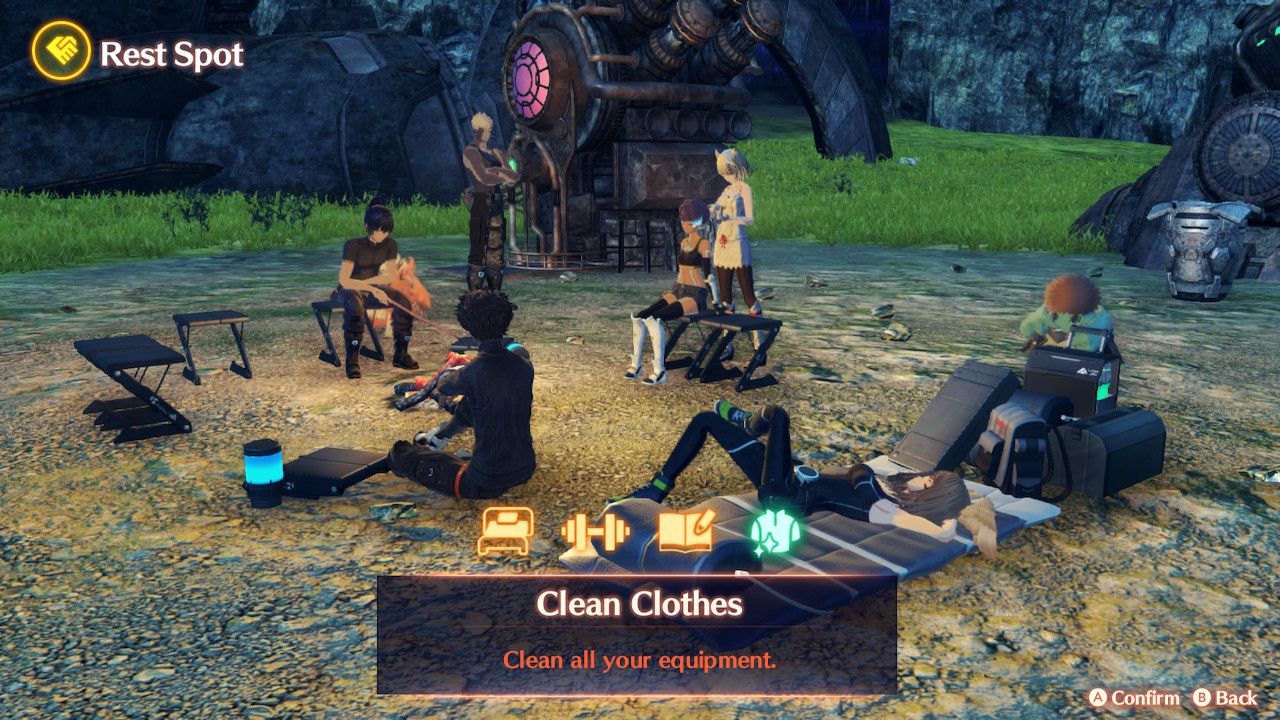 Using Overkill is the heart of leveling rapidly in Xenoblade Chronicles 3, but don't forget to camp out sometimes (which technically includes stuff like Colony canteen rest areas and barracks). Not only is this how you'll cook, develop equipment Gems, and more; it's also how you'l spend the bonus experience you will have gained from doing various side quests and completing even more menial tasks.

It may not sound like much, but if left unchecked this bonus experience can really add up. We've found that nearly every time we hit up a rest spot throughout the main campaign, our party gained another level.