According to Merriam-Webster, the word thaumaturge has its roots in the Latin 'thaumatūrgus' and regards workers of miracles and performers of wonders. We're sure Xenoblade Chronicles 3 Hero Teach appreciates the sentiment. His class, Thaumaturge, ties traditional healing with a penchant to add some extra damage into the party's output, making for a deliciously punchy curative class.

Gaining access to Teach and his Thaumaturge class can be done fairly early on, around the same time several of the other initial optional Heroes come into play. We'll send you on your way, so you can see for yourself how great this class can be.

What Is The Thaumaturge Class? 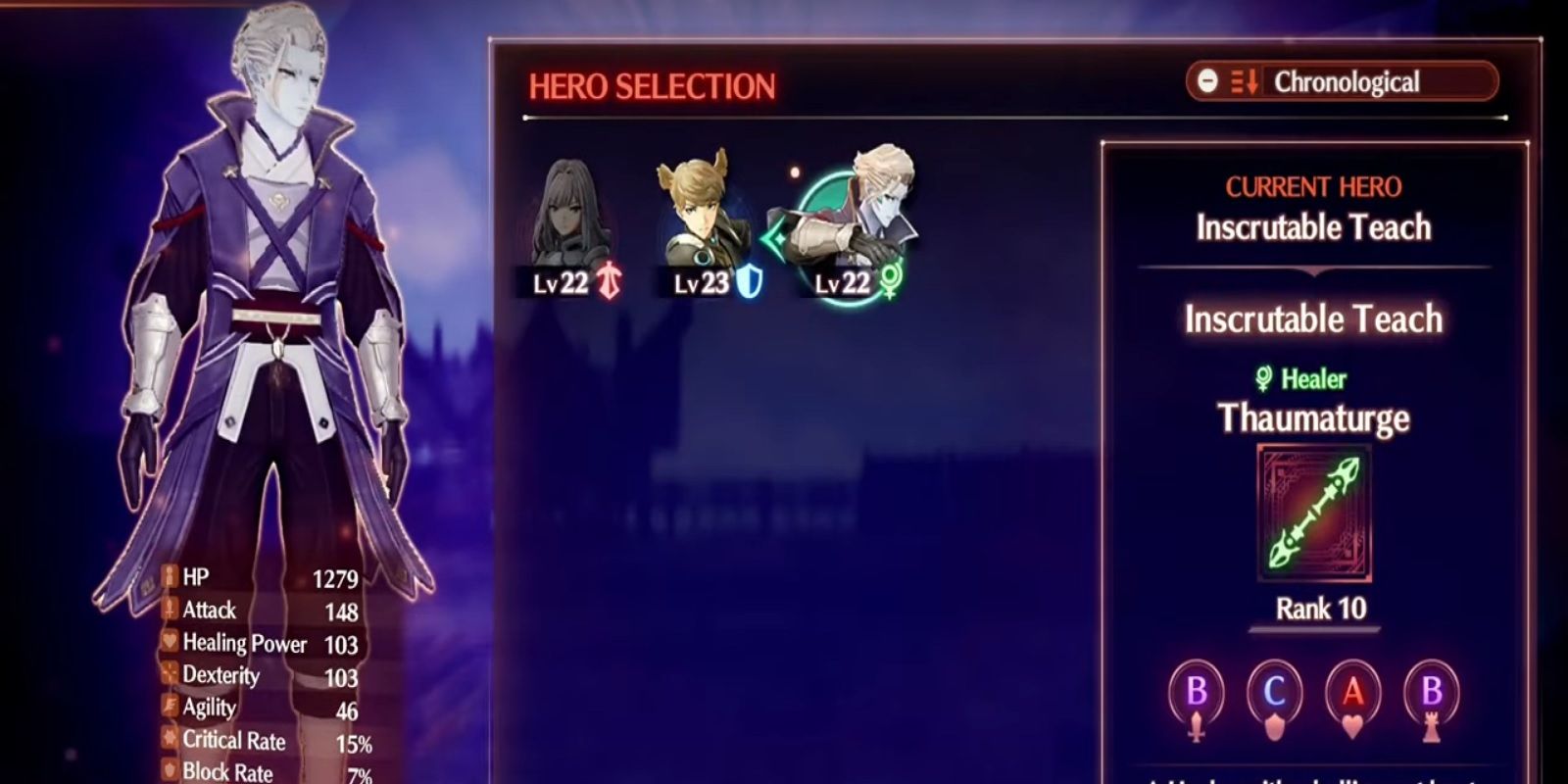 Xenoblade Chronicles 3 acknowledges, and often plays into, the classic trinity of DPS/Tank/Healer. Each of the game's myriad classes is designated as an Attacker, a Defender, or a Healer, which lines up synonymously (and in the third case, precisely) to give players a good feel for what it is they're getting into.

But if every class fit these rigid terms to a tee, there probably wouldn't be many that are genuinely fun to mess around with. Indeed, as we see with, say, Zeon's Guardian Commander blending Attacker and Defender, Teach and Thaumaturge have their own hybrid recipe. Thaumaturge is classified as a Healer, but its Arts and Skills feature frequently offensive traits, making it a prime pick as a Healer/Attacker.

Having a class that helps keep your Defenders' health topped off but brings some heat of its own can be fantastic in most cases; only when you really require Healers that excel at that and only that will you find yourself underwhelmed.

To give you a firm idea how Thaumaturge operates, let's take a look at two of its Combat Arts. Spearpoint Thrust is a straightforward physical-based attack that does excellent damage to a single target. Meanwhile, its next door neighbor, Leaping Current, removes debuffs in an AOE (area of effect) radius around the caster. Imagine jumping from damage to status restoration, and then back to conventional healing, and then the whole thing all over again.

One last thing. We want to cast a special spotlight on Wheel of Rebirth, which cures the whole team at nine times (!) the character's Healing Power when executing a burst. That's tremendous.

How To Unlock Thaumaturge 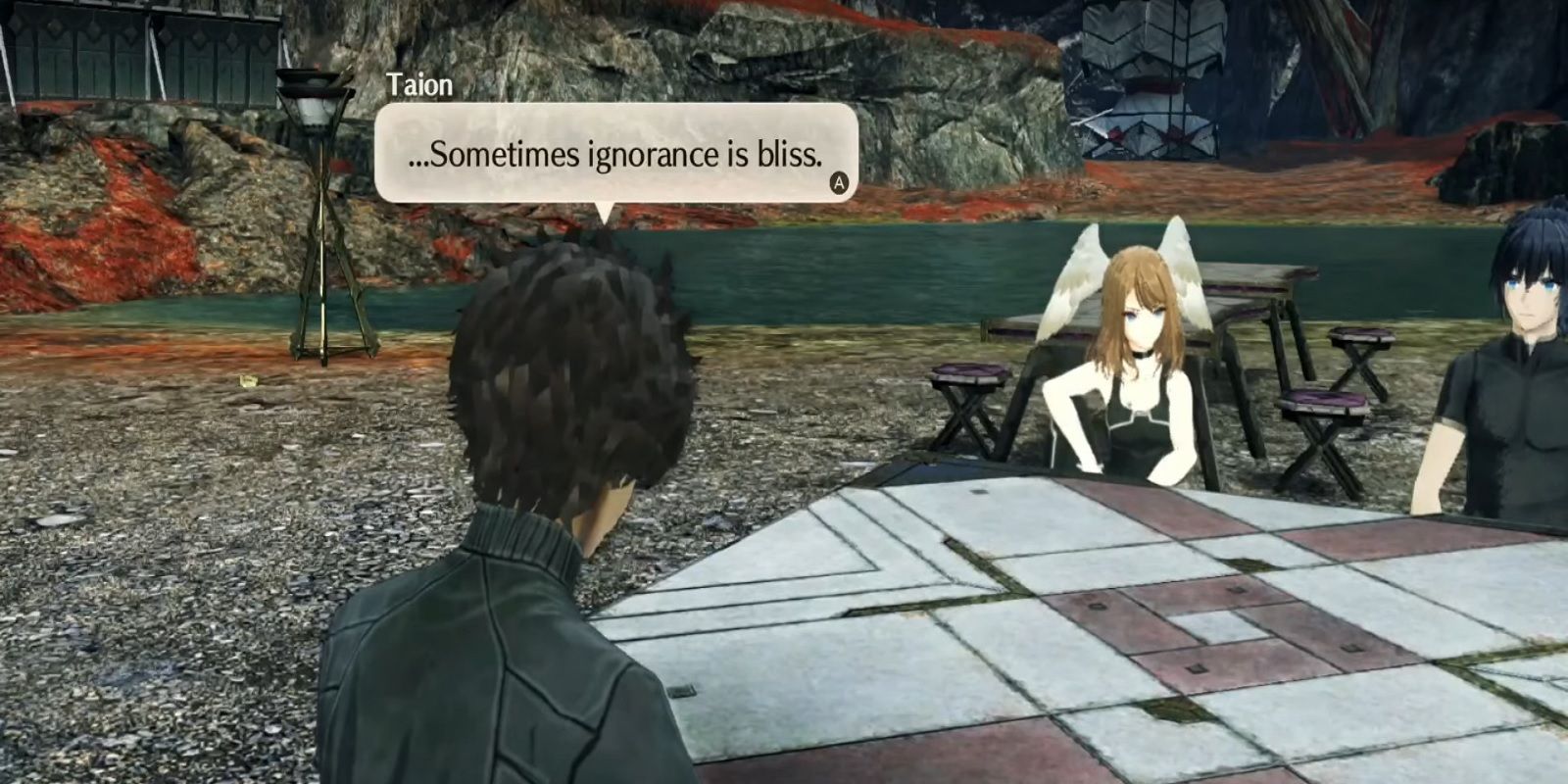 Chapter Three, specifically around its middle stretch, is when Xenoblade Chronicles 3 starts to let its proverbial hair down. Players are not only able, but outright encouraged, to give the rest of the Fornis Region a good hike. What's more, you can return to Aetia, where Valni's cliff climbing can grant access to all sorts of new places. You won't even need it for some of these new quests, including Teach's.

You'll have to wait until Ethel leaves the party in order to begin this quest. Afterward, skip travel to Aetia's Gura Flava Camp if you've unlocked it. If you haven't, just hike there! The '?' quest marker for Treach can be found on your map, to the west.

Once you've arrived, you'll come upon a character named Kyrie who needs your team's help. Fend off the Keves soldiers giving her grief, then make for Colony Gamma. Use the Loch Ciel skip travel mark if you've got it; if not, you'll still see the quest destination, so just hoof it (and be sure to unlock that landmark on your way).

Spend some time here if it's your first foray, and when you're ready to proceed, have a chat with Teach and then follow him to the Transcendent Retreat. Continue to chase the quest destinations as Teach joins your party, giving you your first real taste of the Thaumaturge's power. He'll harp on about 'the Good Place', but for better or worse, he's not talking about the American sitcom starring Ted Danson.

If you haven't checked out the area yet, you'll probably gain a solid five or more new landmarks, including Transcendent Retreat. Savor it!

You're up against Teach now in a boss battle. A few rounds of Ouroboros transformation ought to do the trick, though we recommend being at least level 23 to smooth things out. After fighting Teach, you must contend with Moebius G. Dispense with this latest theatrical baddie and Teach will officially join, making his rad Thaumaturge class all yours in the process. Glad you see the light, Teach.