Sure, there’s the big sprawling builds like the project to recreate a castle from Fable 2 or the entirety of Hogwarts, but sometimes all you need is something quaint, and that’s what user SpectralSpon has brought forward with their Bikini Bottom build.

They’ve built Patrick, Squidward, and SpongeBob’s homes, albeit SpongeBob’s has a lot of holes in it and doesn’t appear to have an interior or a Gary, but there aren’t really tamable giant snails in Valheim just yet. Meanwhile, Patrick lives in a kiln. 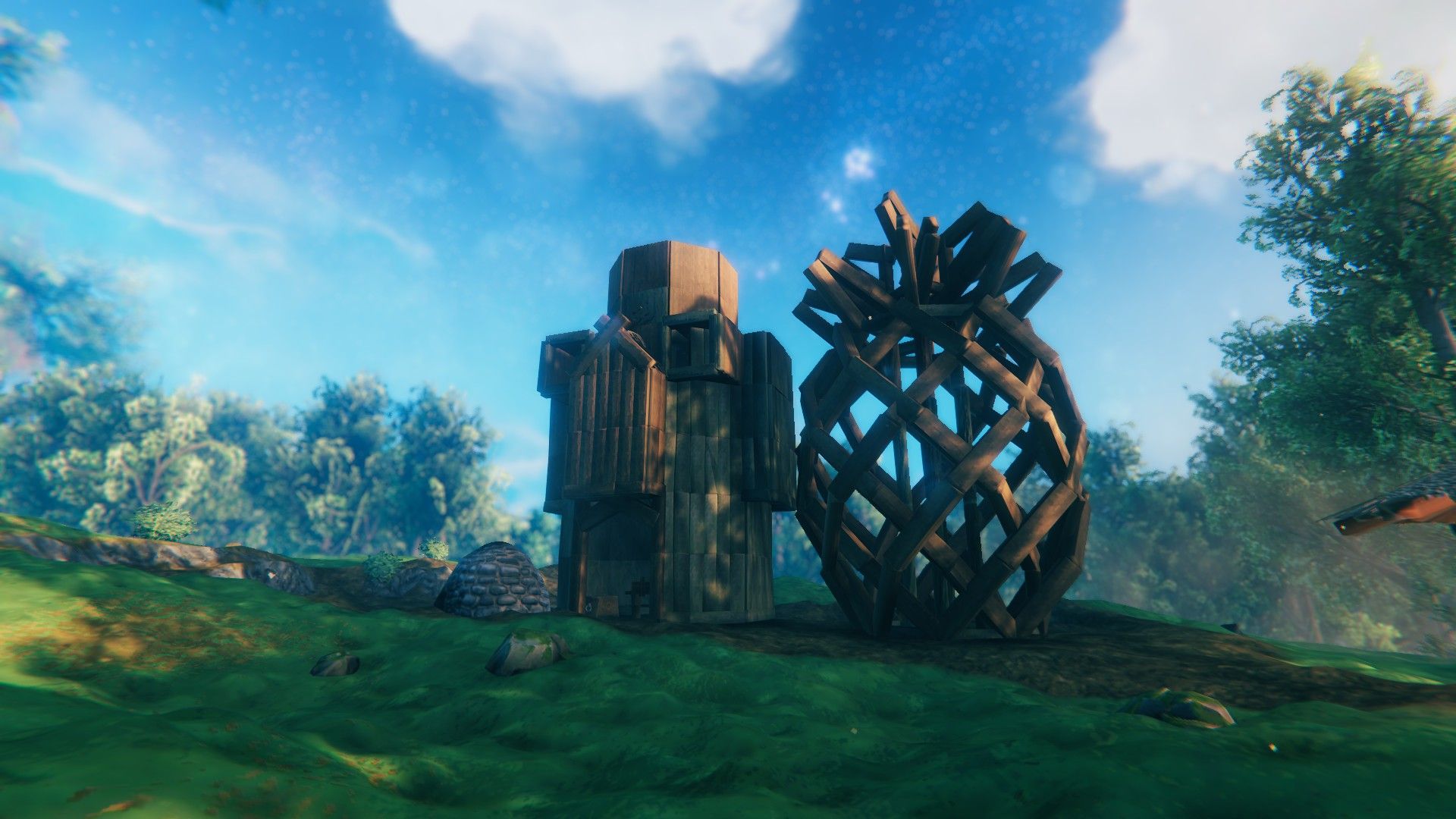 As for how the pineapple home is actually standing and not crumbling in on itself, “Core wood beams in the center! Took me too long to figure that out.” Patrick’s home is pretty easy to miss though, but it can be seen slotted to the left. The Kiln is probably the closest to a circular rock that a starfish could slip under, although, being above ground, the three have no doubt dried up. Nonetheless, ol’ Sandy could still be strutting about somewhere, no need for her fishbowl.

The poster isn’t done just yet, either, as they have some further SpongeBob-themed intentions, “This build’s on a server too, and I was thinking of building the Krusty Krab next, as well.” Perhaps the entirety of Bikini Bottom is next, or just the noteworthy parts, but if that’s the case, then where’s the love for the Chum Bucket? Plankton’s got to eat too, even if it’s at the expense of our favorite capitalist.