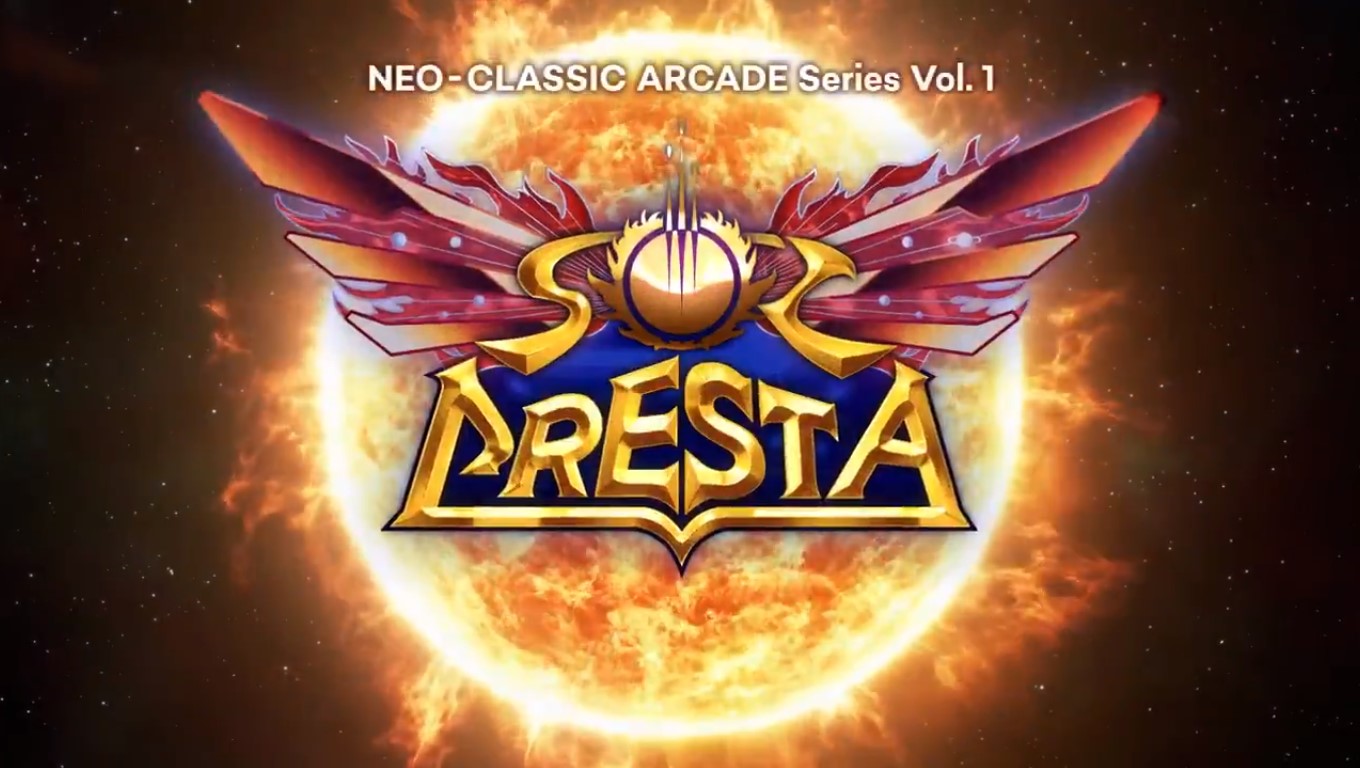 PlatinumGames’ Hideki Kamiya insists that the Sol Cresta project is not a joke and shows off some new gameplay.

Earlier this year, for April Fool’s Day, PlatinumGames announced that it was making a new entry in the Terra Cresta series of arcade shooters. Naturally, everyone assumed that this was just an odd joke, only for Platinum to turn around and say that, no, Sol Cresta is real.

In case anyone still has doubts, Sony has highlighted Sol Cresta as part of a recent indies spotlight on the PlayStation Blog, with Hideki Kamiya even sharing a lengthy story about how Sol Cresta came to be.

‘Some of you may be thinking, ‘A sequel to Moon Cresta and Terra Cresta in this day and age? And from PlatinumGames? And it’s not an April Fool’s joke after all?’’ he begins, before outlining the history of the Terra Cresta games.

As a reminder, these games were vertical scrolling shooters from the 80s, where you could power up your spaceship by docking with friendly craft, which in turn would make your ship bigger.

Given how old and obscure the series is, it follows that the reason Kamiya is making a sequel is because he’s a fan of the series. Although even he admits that launching a game in a genre that is no longer mainstream isn’t easy.

‘This is getting into production talk, but it is no simple task to launch a game project in a genre that’s not mainstream. Furthermore, in my position it’s also my duty to develop the company’s flagship titles.

‘But even while buried by my workload day in and day out, I never forgot the way I felt when I first dreamed of making games, and if only on paper I still hatched plans in secret for games that can recapture that nostalgic feeling and keep them warm inside.’

About three years ago, he called on studio head Atsushi Inaba to share an idea for a vertical shooter where you control three fighter jets which could be combined and reconfigured.

Obviously, the idea was inspired by the Terra Cresta games, but Kamiya initially had doubts about making it an actual sequel, ‘Since the founding of PlatinumGames, we’ve always had the desire to create our own original titles and realising this project as the sequel to another company’s brand would mean abandoning that path.’

When Kamiya suggested they change the setting, however, it was Inaba who said, ‘Wouldn’t it be more fun to make a sequel to the Cresta series?’ And upon hearing that, Kamiya was fully on-board with it.

After that, they needed to get permission from Hamster Corporation, which owns the rights to Terra Cresta (original publisher Nichibutsu is long since gone), but president Satoshi Hamada agreed to it almost immediately after reading Kamiya’s draft for the project.

As for the Neo-Classic Arcade label, Kamiya says it ‘comes from our goal of reviving the feel of ‘classic’ games from the good old days that had the arcades abuzz with excitement in the present with current generation ‘neo’ technology and creating a new gameplay experience.’ So, it sounds like Kamiya wants to keep doing similar projects like this.

Kamiya’s full blog post can be read here. You can also read one from Sol Cresta’s director Takanori Sato, where he explains the dock-and-split system. Basically, you have three different ships each with their own capabilities and they can be combined in different formations to change what kind of shots they fire.