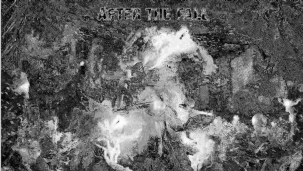 Zombie shooter After The Fall from Vertigo Games won’t be releasing this summer.

The game with up to four players in co-operative mode will release “later this year” on PSVR, Quest 2, and PC VR, according to a tweet from Vertigo Games. The developers say they’re going to separately release the game in 2022 for the original Oculus Quest.

“To ensure a smooth multi-platform launch with cross-platform support, we are giving our development team the time they need to finalize their work,” Vertigo’s announcement reads.

The original Oculus Quest released in 2019 with an older chipset and was replaced in 2020 by a more powerful and less expensive follow on. Quest 2 outsold all previous 6DOF headsets from Facebook combined and some developers are making significant returns on their investment in releasing on the Quest platform. Later this year, Resident Evil 4 should become the first VR game to release for Quest 2 that won’t be playable on the original headset.

“After the Fall is our most ambitious VR title to date, developed from the ground up for three widely divergent VR gaming platforms,” Vertigo wrote. “Under the hood, our team has extensively worked on developing the necessary infrastructure to ensure that you can experience the game together seamlessly, regardless of the platform you play on.”

Vertigo says it will have an update on a forthcoming beta testing period for the game in the coming months. Vertigo, of course, is the developer behind Arizona Sunshine, one of the earliest zombie shooters with co-op support. Zombie shooters is a pretty crowded genre, with games like Walking Dead: Saints & Sinners standing as one of VR’s best games, so we’re very curious to see how After The Fall holds up.

We first revealed After The Fall in our 2019 E3 VR Showcase and it was previously delayed out of 2020 due to the COVID-19 pandemic.