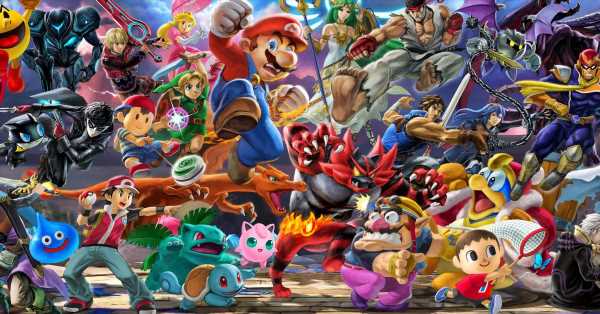 After more than three years, the saga of Super Smash Bros. Ultimate’s development (and post-release content) will come to an end with the final “Mr. Sakurai Presents,” a livestream during which game director Masahiro Sakurai will reveal the last remaining fighter coming to the Switch game.

Nintendo’s final “Mr. Sakurai Presents” livestream will kick off at 10 a.m. EDT/7 a.m. PDT, where Sakurai will confirm which mystery character will be included in the Fighters Pass Vol. 2. That character is slated to arrive in Super Smash Bros. Ultimate by December, and will be the fighting game’s 82nd playable character.

The most recent addition to Ultimate was Kazuya Mishima from the Tekken series, released in June. Prior to Kazuya, as part of the Fighters Pass Vol. 2 bundle, Nintendo added Min Min from Arms, Steve and Alex from Minecraft, Sephiroth from Final Fantasy 7, and Pyra and Mythra from Xenoblade Chronicles 2.

In addition to one final character, Ultimate’s last remaining Challenger Pack is expected to add a new stage and new music, with extra Mii Fighter costumes coming alongside it.

Nintendo announced Super Smash Bros. Ultimate in March 2018, teasing that veteran fighters like Mario and Link from The Legend of Zelda would square off against newcomers like the Inklings from Splatoon. Ultimate welcomed many new fighters to the game’s already massive roster, including Isabelle from Animal Crossing, Ridley from Metroid, and Incineroar from Pokémon. Post-launch DLC added even more, including Joker from Persona 5, Banjo & Kazooie, Sephiroth from Final Fantasy 7, and Terry from Fatal Fury.