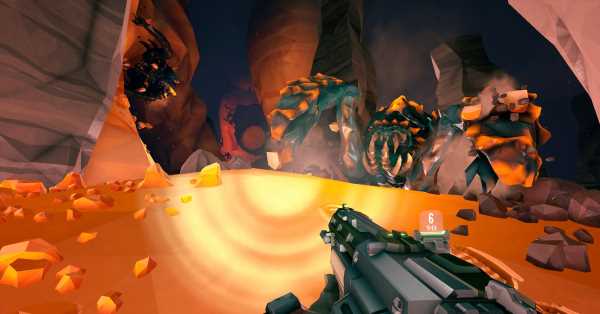 Deep Rock Galactic sends players tunneling through alien worlds in search of minerals, scientific knowledge, and loads of money. Update 33: New Frontiers launches Thursday, and the patch will arrive on the Xbox One on Feb. 11.

There are two new biomes for dwarves to explore, each with its own set of deadly enemies. Azure Weald is a bioluminescent, fungal area that is both pretty and full of enemies, while the Hollow Bough is a Hoxxes VI region with carnivorous enemies and organic environments. These maps, and their unique challenges, should shake things up.

Meanwhile, the game’s Elimination, Salvage, and Point Extraction modes are being tweaked by the developer. Elimination will have two new Dreadnought variants: a big Hiveguard, and a pair of deadly twins. This will add some variety to the usual fights on this mode. Point Extraction has a new Minehead machine, and Salvage will allow players to repair broken M.U.L.E. units to uncover and explore the map more easily.

This is a good update for streamers, as there are eight new “streamer safe” tracks in the lobby’s jukebox. Players can dance and hang out between matches, and these streamer safe songs ensure that Twitch won’t hit players with a DMCA for dancing to some copyrighted grooves.

The full patch notes can be found on the developer’s Steam page. Update 33 also includes some new cosmetics, including a free hat. According to Ghost Ship Games, Deep Rock Galactic has sold over 2 million units in the last year since leaving early access.