Gloomhaven is among the most popular board games in the world right now, riding high on the back of not one but two extremely successful Kickstarter campaigns. On the table, it’s a fast-moving and dynamic role-playing campaign-in-a-box. The PC version, released last week on Steam Early Access, manages to all but crush the life out of it. The final product won’t be ready until 2020 at the earliest, and for now I’d honestly recommend waiting it out.

The tabletop version of Gloomhaven is known for two interesting mechanics; its branching narrative campaign, and its diceless tactical combat.

As for the campaign, Gloomhaven is a joy to discover. Players sit down with a blank map and, using a set of stickers and other sealed pack-ins, build a world together over the course of dozens of gameplay sessions. Imagine if HeroQuest and Pandemic Legacy had a baby, and you’re only just beginning to scratch the surface. There are more than a few surprises inside the nearly 20 pound game box that I won’t spoil here, and thankfully all of them are destined to make their way into the digital game’s Campaign mode.

All that the digital version of Gloomhaven has to offer today is the diceless tactical combat. As implemented, it’s terrifically boring. 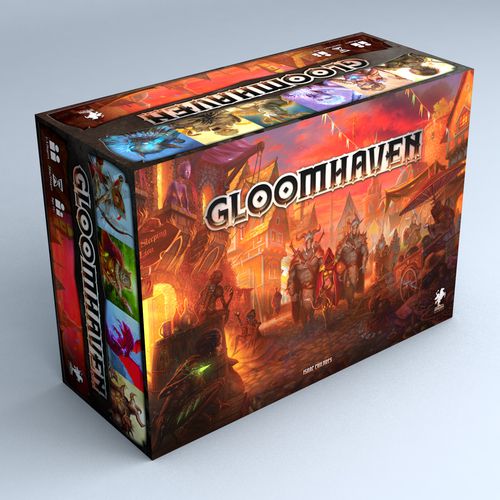 In every round of Gloomhaven, every player at the table privately selects a pair of actions from their own unique deck of cards. Those actions are then folded in with the actions of the game’s enemies, which follow a prescribed pattern. The entire stack of cards is then organized in order from lowest to highest based on the number printed at the top of each card.

The intricate design of the game means that the actions of sneaky rogues go off early each round. Working alongside them are plodding, powerful fighters whose huge swings take a bit longer to develop. There’s an entire spectrum of characters and classes that live in between, and every round of combat is a tense negotiation about attacks, movements, debuffs and more. Once those actions are finalized, the round of play goes off like an unstoppable chain reaction. It’s frenetic and terrifying, and often spiced with unpredictable consequences.

As it stands right now, virtually none of that unpredictability exists in the digital version of the game. That makes the experience of playing Gloomhaven extremely dry, a bit like poking at a particularly well-animated spreadsheet. 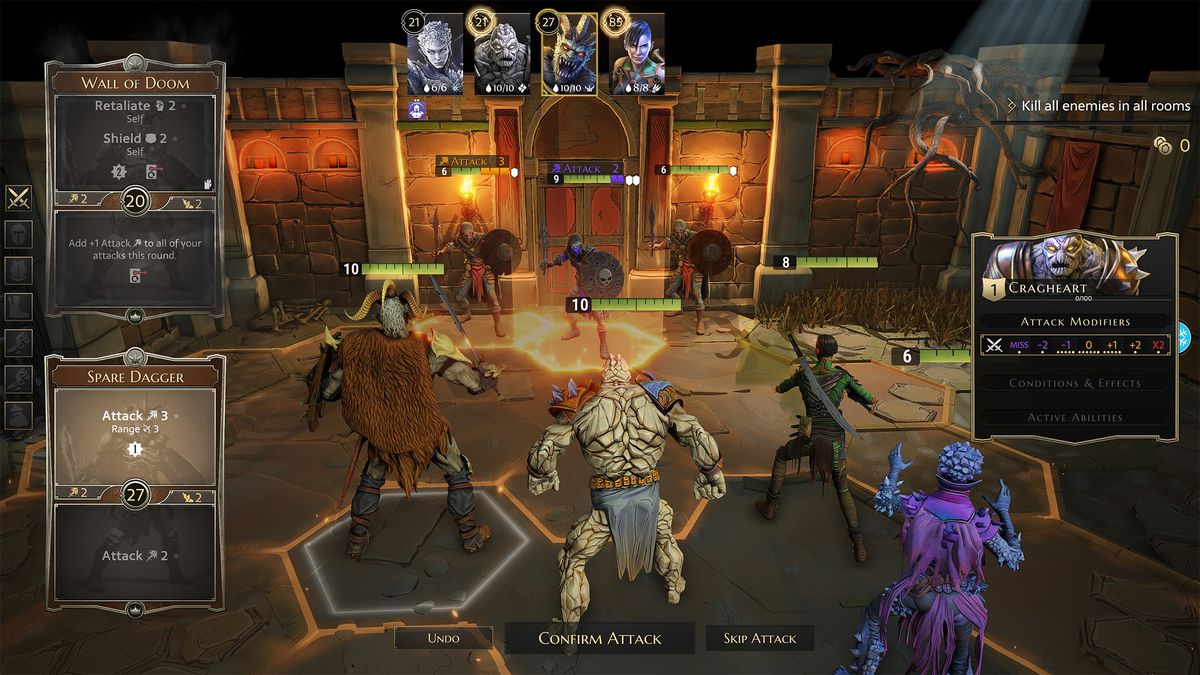 To the developers credit, the 3D character and enemy models are exceptional. I’d argue they look far better than what comes in the box. All of the miniatures in the physical game are a bit flat, with the same sort of curious contortions as plastic army men. Meanwhile, all the enemies in the retail product are literally flat because they’re made out of cardboard. The digital version is a step, and the animations add an impressive amount of color to the experience. But it’s amazing to me how much I miss rifling through a short stack of cards while I play. Here’s hoping that the developers borrow liberally from games like Hearthstone and Magic: The Gathering — Arena, which have made the act of playing with digital cards much more enjoyable than simply choosing from a list.

Aside from the lame user interface, my biggest complaint by far is the lack of multiplayer. Gloomhaven will be a solitaire game until launch, which right now is set for some time in 2020. By that time you could have chipped in the $25 and gone in on the original game with four friends and still had beer money left over. After a long period of unavailability, Gloomhaven is actually shipping overnight via Amazon Prime. You can also find it on the shelf at most friendly local game stores.