IOGear is looking to corner the budget gaming headset market with its new Nukleus headset. The headset combines a slick look with all the basic features you’d need from a gaming headset, and it does it for just $34.95 (See it at Amazon). Of course, it’s not alone in the market, and the best budget gaming headsets are right there to challenge it. Amid the Corsair HS50, the HyperX Cloud Stinger, and the Logitech G430, IOGear’s Nukleus headset doesn’t have much room for mistakes. And, unfortunately, it makes a few. 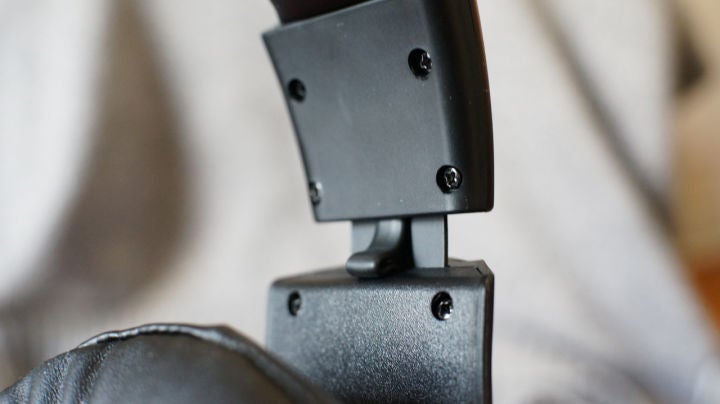 While all the plastic could have helped keep the weight down, the earcups are truly massive, and that adds a bit of weight. They don’t feel excessively heavy, which is definitely a plus, because the memory foam padding isn’t impressive, and I start to feel all the weight on the crown of my head after just about an hour. There’s also a some fit issues. The headband doesn’t offer much clamping force, which is a blessing and a curse. The cons are that it’s hard to get a secure, snug fit, and that’s only made harder because the earcups don’t pivot or swivel—the yolks and earcups are fused. The plus is that if the clamping force were strong, the lack of pivot and the underwhelming memory foam would surely have made for uncomfortable, uneven, and thereby unwelcome pressure around my ears.

There’s also a some fit issues.

The massive earcups house 50mm speaker drivers (a welcome surprise at this price) that offer a frequency response range of 20Hz-20kHz. The left earcup has a volume thumbwheel, but it’s so tiny on such a big cup that it’s hard to find and quickly adjust. The boom mic is also built onto the left earcup, and while it’s a cheap-feeling rubber and plastic affair, it’s highly flexible. The 50-inch braided audio cable also stems from the left earcup, and it has heavy reinforcement at each end. The 3.5mm 4-pole plug uses an angled connector, and IOGear includes a headphone/mic splitter. While I have no faults with main cable, the connection between the main 4-pole connector and the splitter more than once dropped the mic and managed to drop one side of audio as well just from a little wiggling.

While 50mm drivers might sound like a big deal (because they’re literally big), size doesn’t count for everything when it comes to making great sound. IOGear boasts immersive highs and powerful bass, and in some regards it delivers. It also boasts noise isolation, but because the earcups don’t offer a great fit, the noise isolation is marginal. 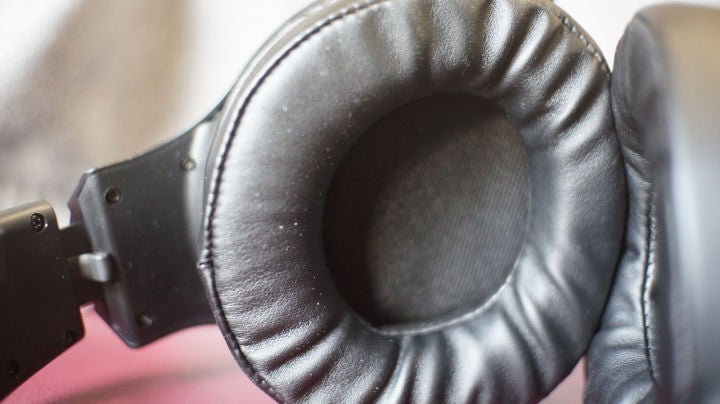 I tested the Nukleus headset with a lot of gaming and a bit of music. The most clear result is that the headset manages sparse audio well, but when the audio gets really busy, it has a hard time keeping up.

When the audio gets really busy, it has a hard time keeping up.

I played hours of Apex Legends, and I never struggled to hear distinct sounds well. I could still make out gunshots in the distance and guess at which gun type I was hearing, whether it was the distinct Triple Take report or the curious blast of a Peacekeeper right in my back. But, in a battle royale, gunfights tend to be few and far between, so most of the sound is running, the occasional audio from picking up loot, and a whole lot of teammate banter.

So, I switched over to the far more chaotic Battlefield V for a couple matches, and the experience was drastically different. All the gunshots and explosions were just booming, and there was no picking apart the noise. Realistic for the fury of war? Perhaps. Helpful in a gameplay environment? No, not really.

Next I turned to music. The same ‘sparse sound vs. busy sound’ difference persisted. I played “I Feel Ya Strutter” by of Montreal, and from the first piano strikes I was cringing. It’s a busy song, and the Nukleus headset struggles to balance the highs, lows, and mids all at once. The bass line was muddled and crunchy. It was punchy, but indistinct, and it sucked the energy out of the highs and mids. But, for Grandaddy’s “Underneath The Weeping Willow,” which is a lot of delicate piano and vocal, the Nukleus offered acceptable sound. 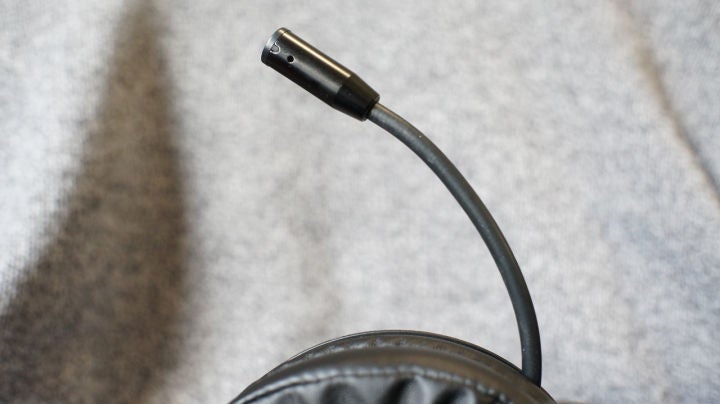 The microphone is a separate issue. I tested in Windows Voice Recorder, and it sounds clean enough played back, but I didn’t sound like any radio broadcaster. My teammates felt the mic was less favorable. I had been using a Logitech G Pro headset before, and the moment I swapped out for the Nukleus headset, my comrades on Discord said the mic sounded cheap. One said it sounded like I had a sock around the microphone.

Curiously, the Nukleus uses an omni-directional microphone with a small, pinhole opening. Why’s that curious? Because, the three budget headsets I compared it to all use uni-directional microphones. You only want your teammates hearing you, so you only need a microphone that picks up sound coming from your mouth. Though my teammates never complained about hearing my keyboard, IOGear’s solution for cutting out background noise is evidently not as elegant as employing an actual uni-directional mic. An unintended consequence of the earcups’ poor noise isolation, though, is that I’m able to hear myself even without any built-in sidetalk support, so it’s easier to avoid shouting into the lackluster mic.

The IOGear Kaliber Gaming NUKLEUS Headset has an MSRP of $34.95 and it’s the same price online. 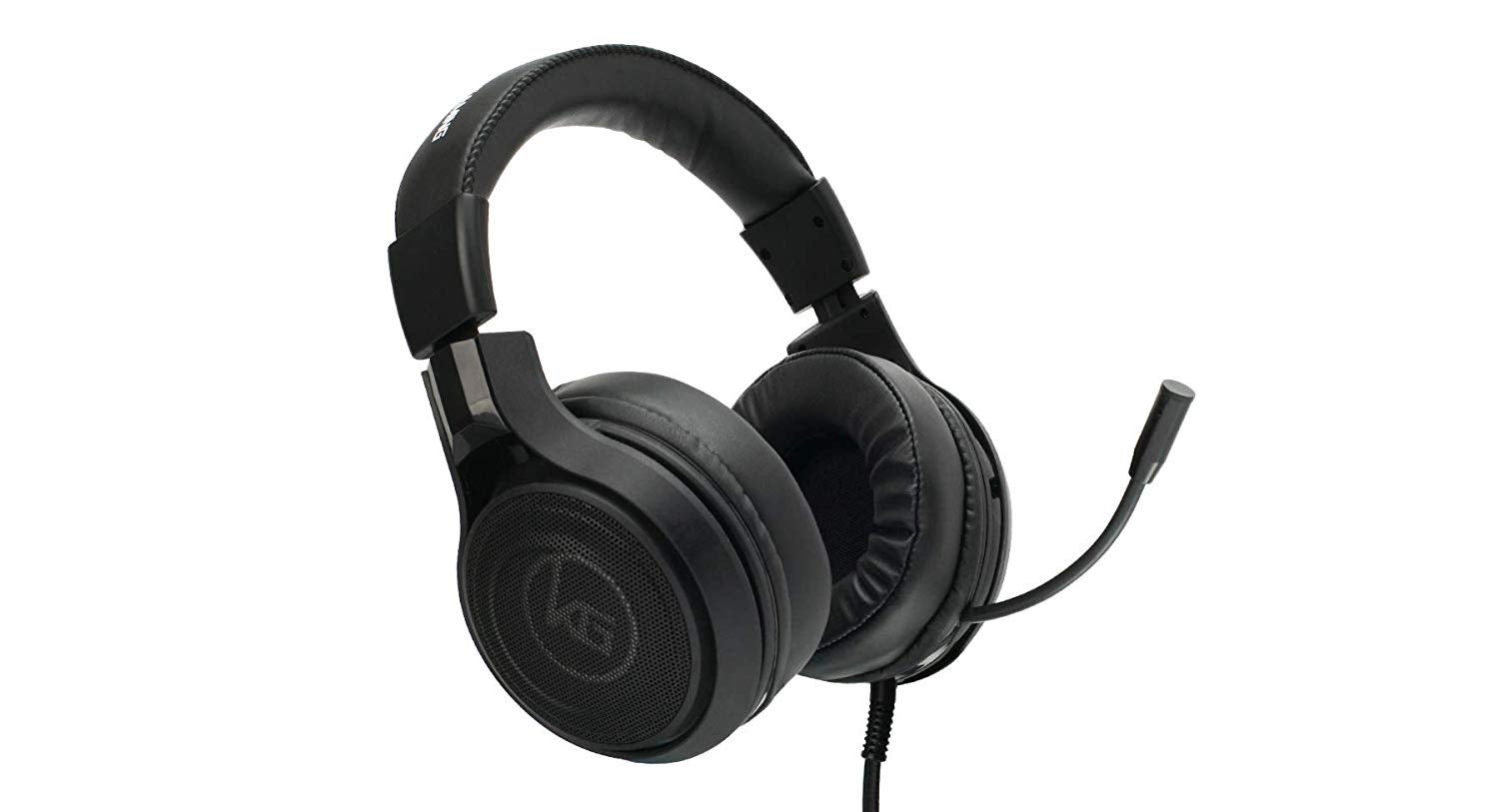 IOGear’s Kaliber Gaming Nukleus headset has passable sound for its budget price, but its build and mic are lacking. And, it’s biggest issue is that Logitech, HyperX, and especially Corsair all have superior options for nearly the same price.