Last month Nvidia announced it was bringing “basic ray tracing” to some of its non-RTX GPUs in April, and that update is now live on Nvidia’s website. You can download the new graphics driver from Nvidia in order to enable this functionality, but keep in mind that “basic RT” effects are limited to just Pascal GPUs, and the GTX variants of its Turing cards, such as the GTX 1660 Ti and GTX 1660 (as well as laptops with equivalent GPUs). People who own RTX cards don’t get much out of this update, other than the ability to say, “welcome to the party” to people with lesser GPUs in the comment sections of websites such as this.

As of this writing, the games that support ray tracing are Battlefield 5, Shadow of the Tomb Raider, and Metro Exodus. If you have one of the supported GPUs, but none of those games, Nvidia is also releasing a few unique tech demos that GeForce GTX and RTX cardholders can try out for themselves, including one of the much-hyped (and awesome looking) game, Atomic Heart.

The demos available include:

You can download all of the demos from this page!

As I wrote in the previous article about this, the limited form of ray tracing will simply use less rays and have more limitations than it would on an RTX GPU. One of the examples Nvidia provided was for a game like Battlefield 5, it would only provide reflections off of smooth surfaces. How it is implemented will vary on a game-by-game basis, so you’ll just have to fire one up and see what it looks like.

In terms of performance, Nvidia provided some benchmarks for all the supported GPUs using various games. Here’s the data they shared with us, but note that this is obviously designed to show how its RTX GPUs are better at this, and is not benchmark charts showing the basic ray tracing they are launching today. 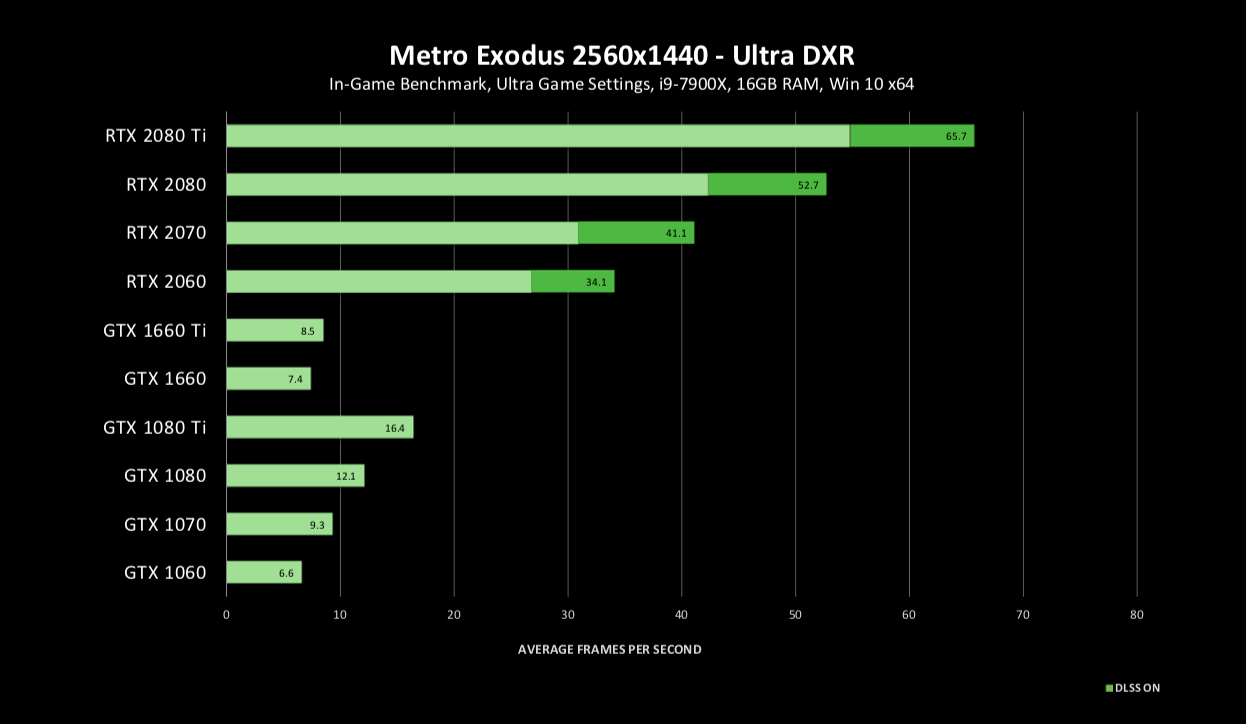 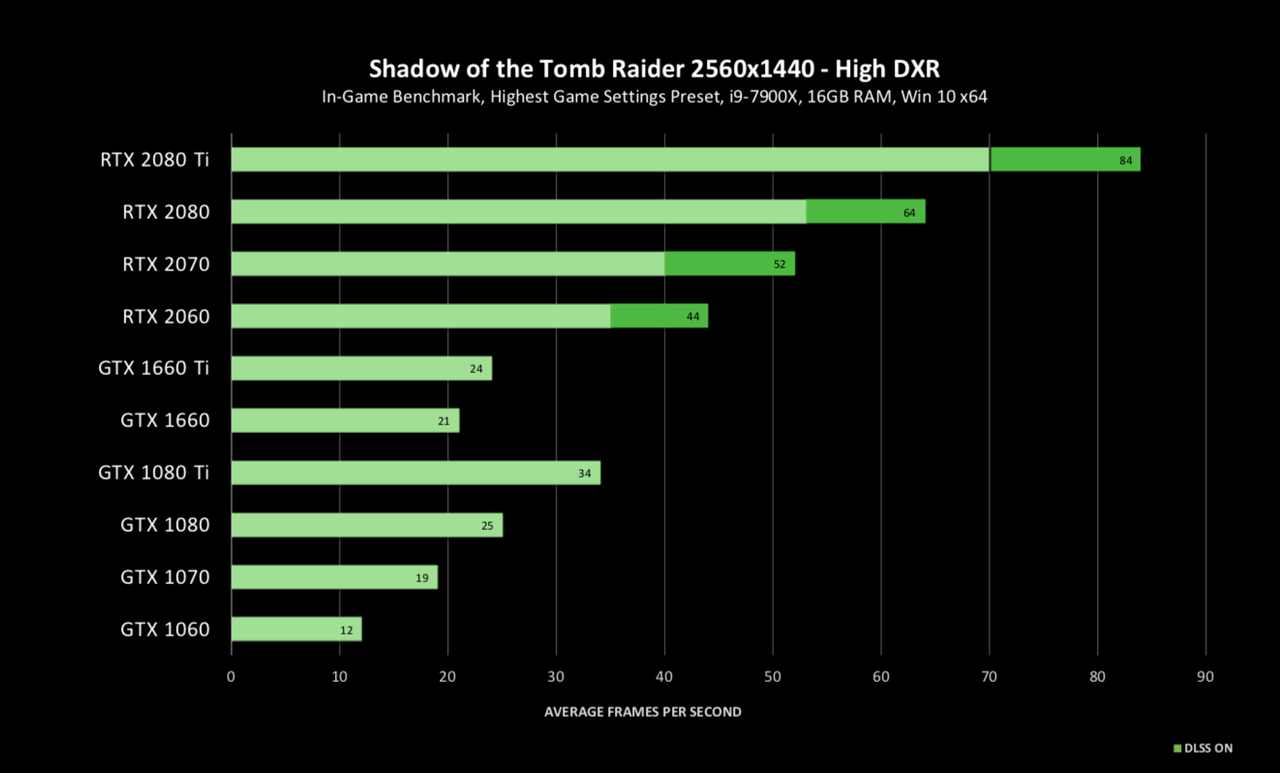 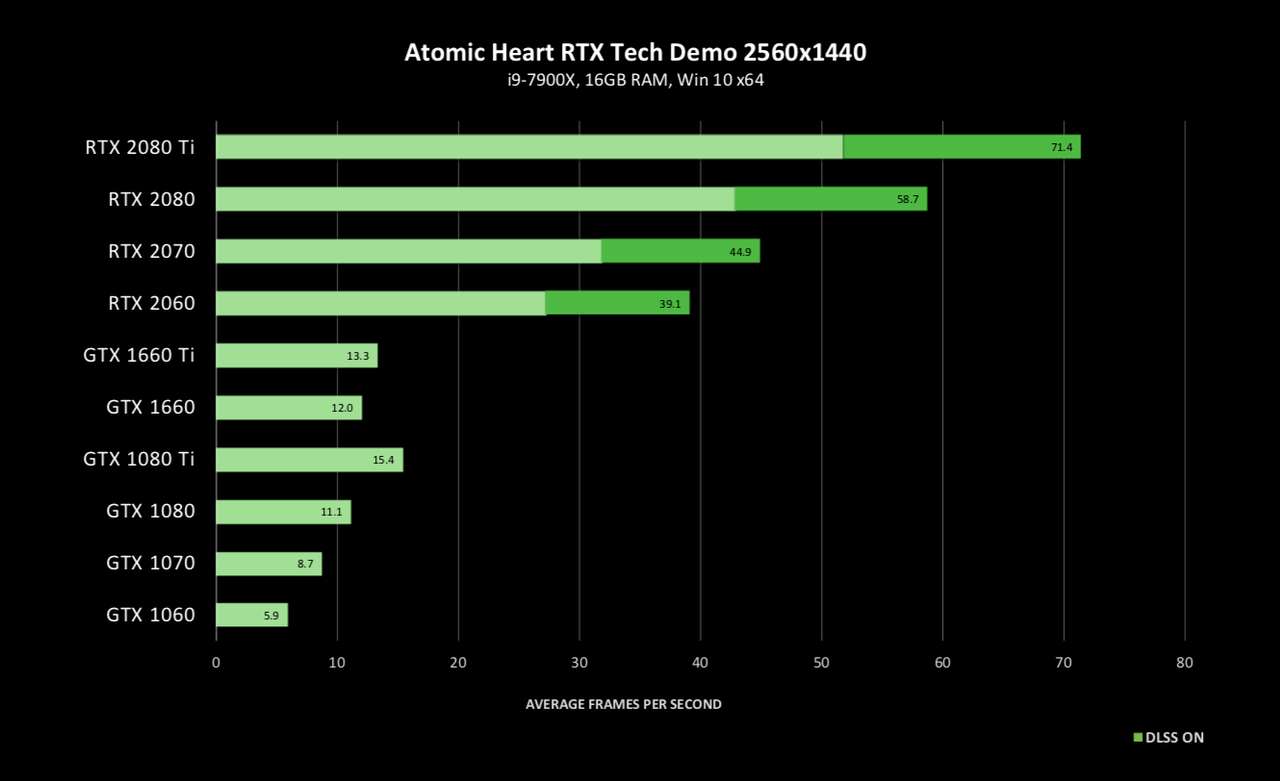 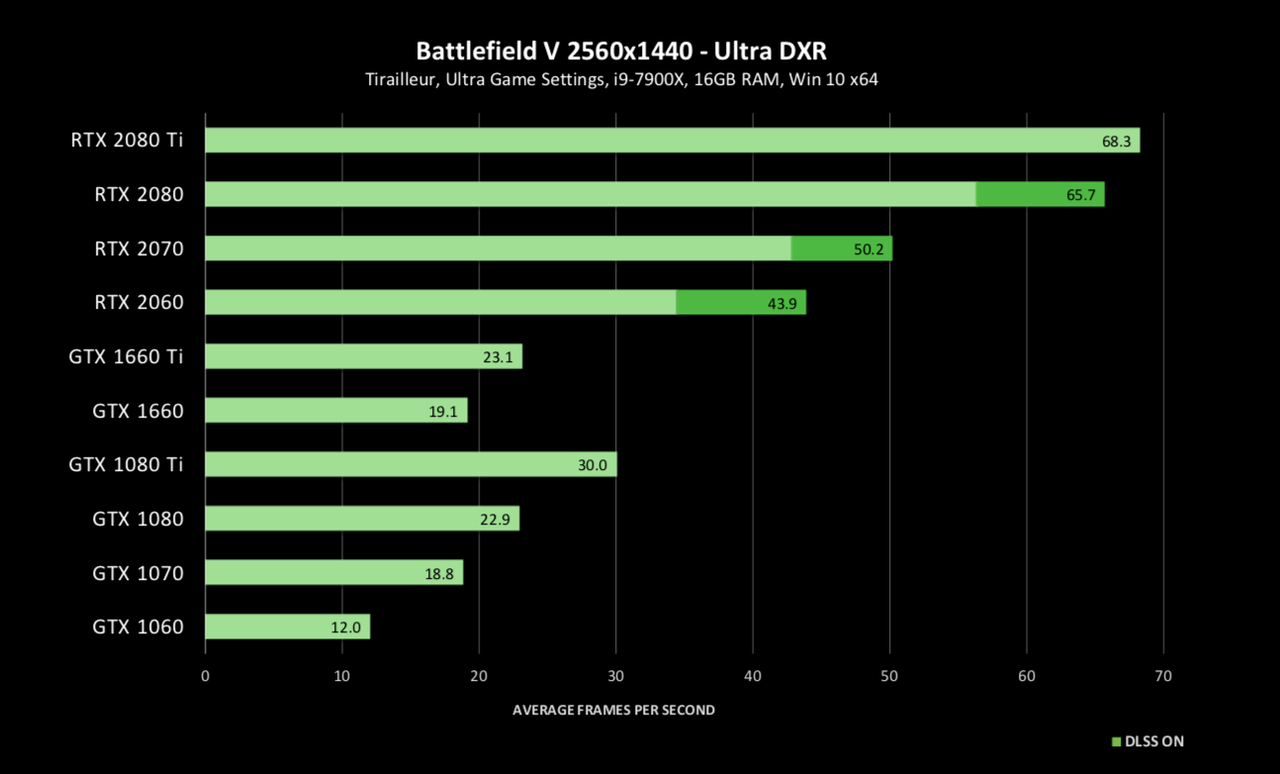