Frozenbyte, makers of the Trine series of adventure puzzle games, have been working on something unusual in secret for the past five years. The new project being revealed today is called Starbase, and it’s a massively multiplayer collaborative space game headed for Steam Early Access. The ambitious spacefaring game will give players open-ended tools for both creation and destruction, and will encourage them to work together to reach further out into the stars. You can watch the first trailer on YouTube, or embedded above.

At the core of Starbase is a sophisticated crafting system that simulates materials down to the level of individual bolts. Players won’t merely clip together new spaceships from a collection of ready-made parts. Instead, they’ll need to design their hulls from scratch and route intricate power and control systems all throughout the ship. Adding to the complexity, damage done to individual ship locations happens at the same level of detail.

“Set in a universe of vast scale and detail,” Frozenbyte says in a press release, “the fully-destructible environment and hybrid voxel/vertex-based game mechanics enable simulations in the game at immense depth; minor collisions may break a few outer plates from your spaceship, while fast-speed crashes can rip the ship apart. Thruster propellant pipe leaks may cause spaceships to stall, but the corrosive, leaking propellant might also melt the superstructure of the ship and cause a catastrophic failure. Damaged ship controls in a spaceship does not necessarily mean the journey is over, as manual values for the flight can be applied directly to the generator and thrusters from the engine room.”

Starbase’s damage systems will also allow for breaching and entering ships in creative ways, and also open the door to elaborate acts of sabotage.

The trailer shows an endless cycle of resource gathering, construction, conflict, and salvage operations conducted in deep space. But the developers tell Polygon that the game is much more than a simple sandbox.

When Starbase launches some time in 2019, players will begin their journey in orbit around what developers are calling a Mega Station. Providing security will be one or more in-game factions, called the Empire and the Kingdom, a combination of AI and developer-controlled units. Players will be able to take on small jobs with either faction to build up their reputation and their resources. Once they’ve gotten their feet under them, players could go off on their own into uncontested space to get rich or explore. But the game’s starting spaceships will be pretty slow.

Travel between two of the game’s 20 or so starting Mega Stations will take around five minutes, at least. Beyond the starting area is an asteroid field and, beyond that, a massive and inhospitable planet known as a gas giant. It will be up to the players themselves to fund and plan for longer expeditions. 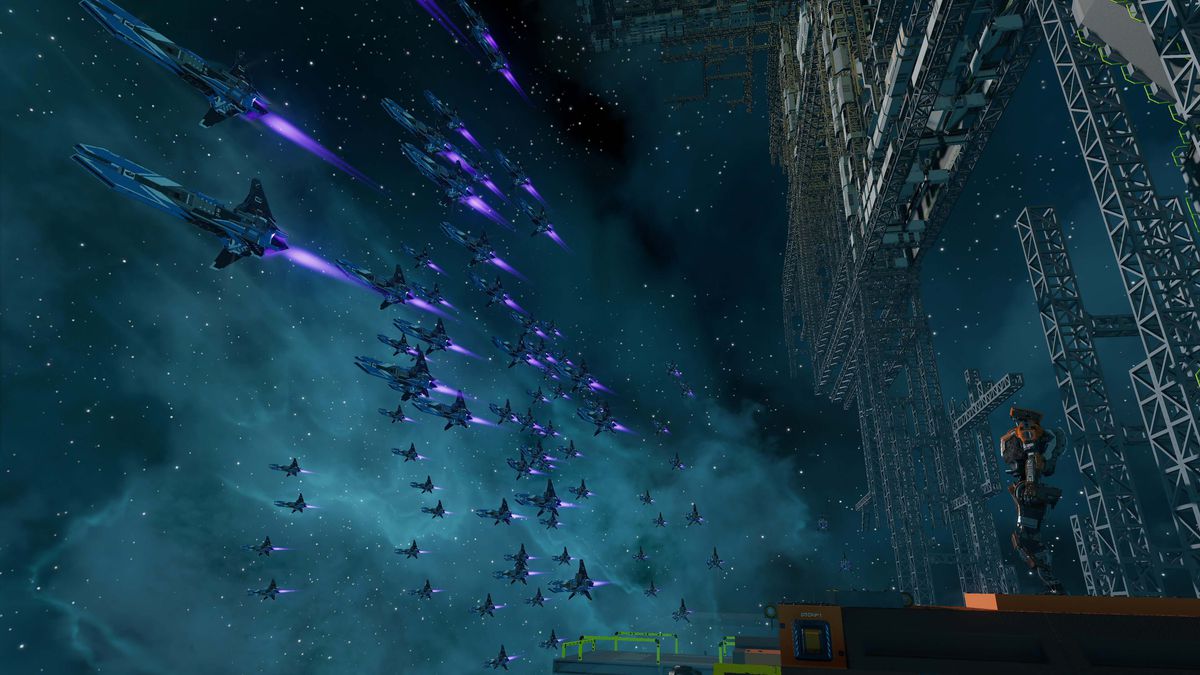 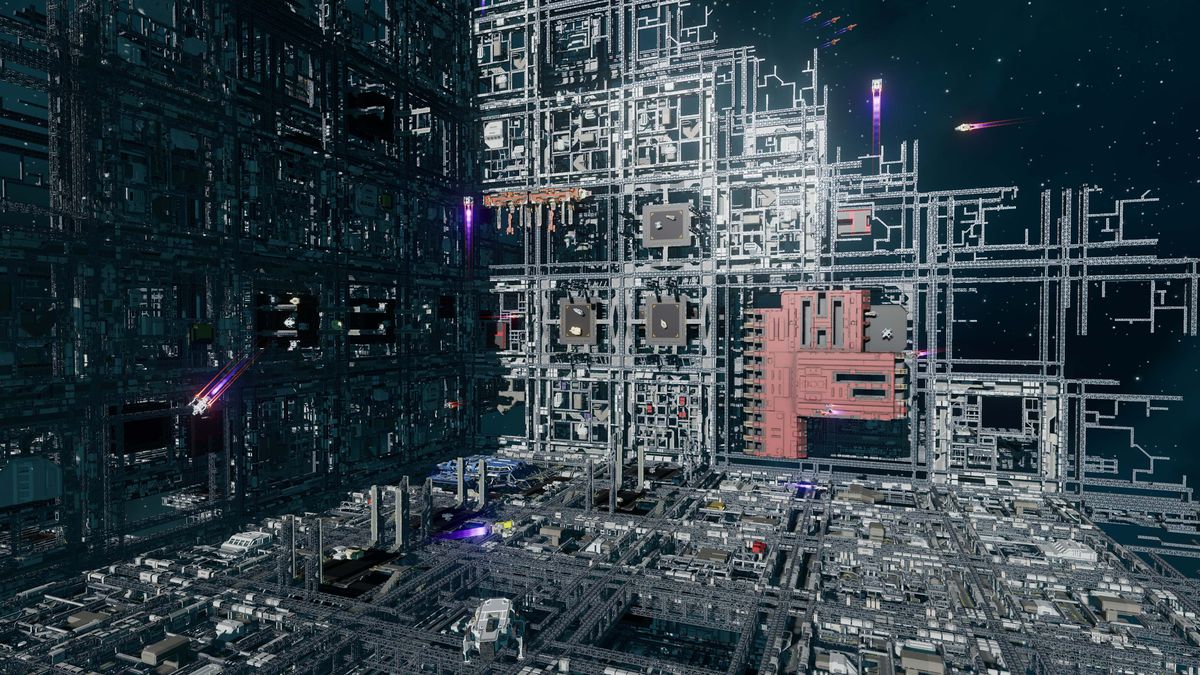 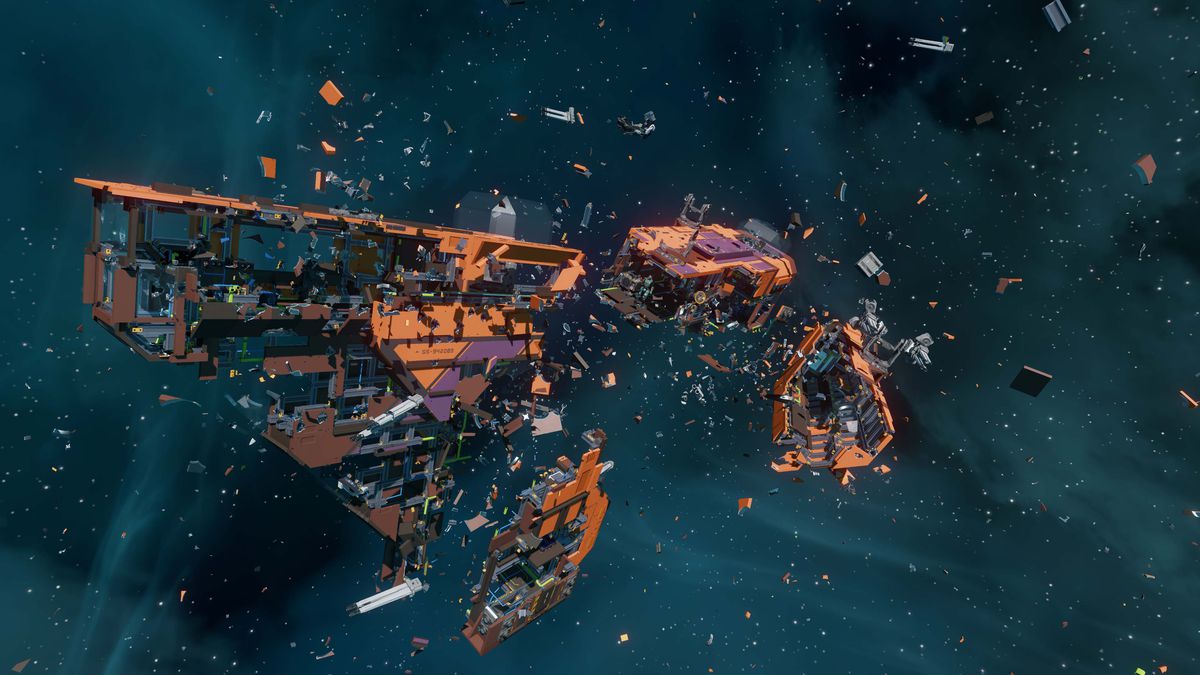 “In Early Access, a moon will also be in orbit of the planet,” the developers told Polygon via email, “and it is reachable by players, but could take days in real time with the initial speeds players’ ships are able to reach. However, ships consume fuel based on the speed and weight of the ship as the fuel consumption is calculated that way, so players can’t just buy a ship at the start and reach the moon by flying for days straight, they will run out of fuel.”

One of the first decisions that the community will have to make is precisely how to navigate the journey. Will they build a single, massive starship filled with fuel? Or will they construct a series of refueling stations along the way? Even more important is how to protect themselves from other players while they make the trip. Once the community makes it to that first moon, however, developers tell Polygon they have many more surprises in store — including major technological advances that will make space travel much faster.

With luck, Frozenbyte says, the game and the possibilities it offers will grow with the player base itself.

Starbase will also launch with a private sandbox mode, which players will be free to explore themselves or in small groups online. Developers say that the Early Access period will last around one year, with early goals being to stress test the server infrastructure. No pricing has been announced.

Frozenbyte is also working on Trine 4: The Nightmare Prince, also due out later this year.