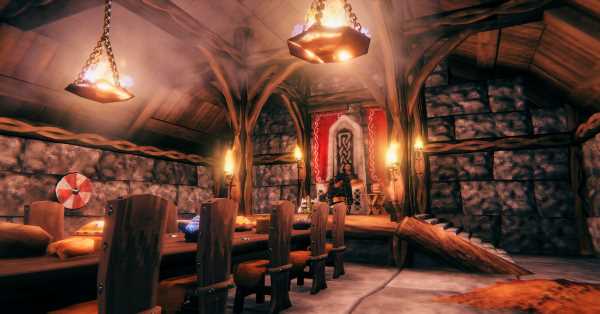 Valheim, the Viking sandbox game, had an explosively popular launch. Now developer Iron Gate Studio is ready to release the game’s first content update, Hearth & Home. As you might guess from the title, the update largely centers around building nicer bases. But there are other upgrades to combat, crafting, and exploration that are tucked into Hearth & Home, which makes it a nice time to return to Valheim for eager Vikings.

There’s new furniture and food for players to divide, like the Darkwood building pieces, and a new stone throne and hot tub. There are also crystal walls and shelves to showcase all of your treasure, which is a nice touch. Then there are more cooking supplies, a cartography table, an Obliterator to destroy unwanted items, and a new iron cooking station for gourmet recipes.

There are also general improvements to the game, like a weapon rebalance that makes each individual weapon feel a little more distinct. There are also 12 new food items and a host of new weapons.

Hearth & Home is a free update and plays best on a fresh Valheim world. Valheim is available on Steam and is still in Early Access, which is promising considering the game had a very strong and satisfying launch and has already sold seven million copies.