World of Warcraft has been mired in a war between the Horde and the Alliance that kicked off with Battle for Azeroth, the latest expansion for the long-running MMORPG. Blizzard’s storytelling has been wildly ambitious with Battle for Azeroth, with multiple full-CGI cinematics and lovingly rendered cutscenes. Two cities were out and out destroyed at the start of the expansion, removing them from the world. Players now have the opportunity to make branching choices!

Tuesday’s release of Patch 8.2.5 was, in many ways, the culmination of a lot of this ambition. This was the patch that brought the Horde and Alliance war to an end, and it would need to answer the questions fans had about the burning of Teldrassil, the integrity of the Horde, and what peace might even look like in Azeroth.

But did it succeed at these goals?

OK, that’s the article, everyone. Tip your waiter.

Alright, no, that’s unfair. Patch 8.2.5’s story is dramatic, it’s ambitious, it’s gorgeous. It makes a solid attempt to reckon with the legacy of the Horde that has carried over from the Warcraft real-time strategy games. It is trying very hard to say something and to say it with gravitas.

There’s just one thing that’s drowning all of that out. Every line of sincere, earnest dialogue has the narrative equivalent of a loud, out-of-tune trumpet blast playing over it at maximum volume: Sylvanas Windrunner.

Sylvanas started the Battle for Azeroth expansion by committing a genocide. But she didn’t do it alone, she just gave the order and the Horde army mobilized to follow that order. She ordered the Horde to murder everyone in the Alliance village of Brennadam, and the Horde go ahead and do that too.

Sylvanas held the popular support of the vast majority of the Horde right up until her duel with Saurfang, which she easily won. The only thing that stopped her from possibly wiping out the Alliance and Horde traitors right there and then is that she let the mask slip and started yelling about how much she hates the Horde.

It’s that slip that leads to both factions uniting, Sylvanas yeeting Saurfang and flying out of there, and the final conclusion of both the Horde loyalist and rebellion plot lines.

It’s a narrative mess, and it’s difficult to unpack just why this story doesn’t work … because it’s an issue that has persisted throughout the expansion. 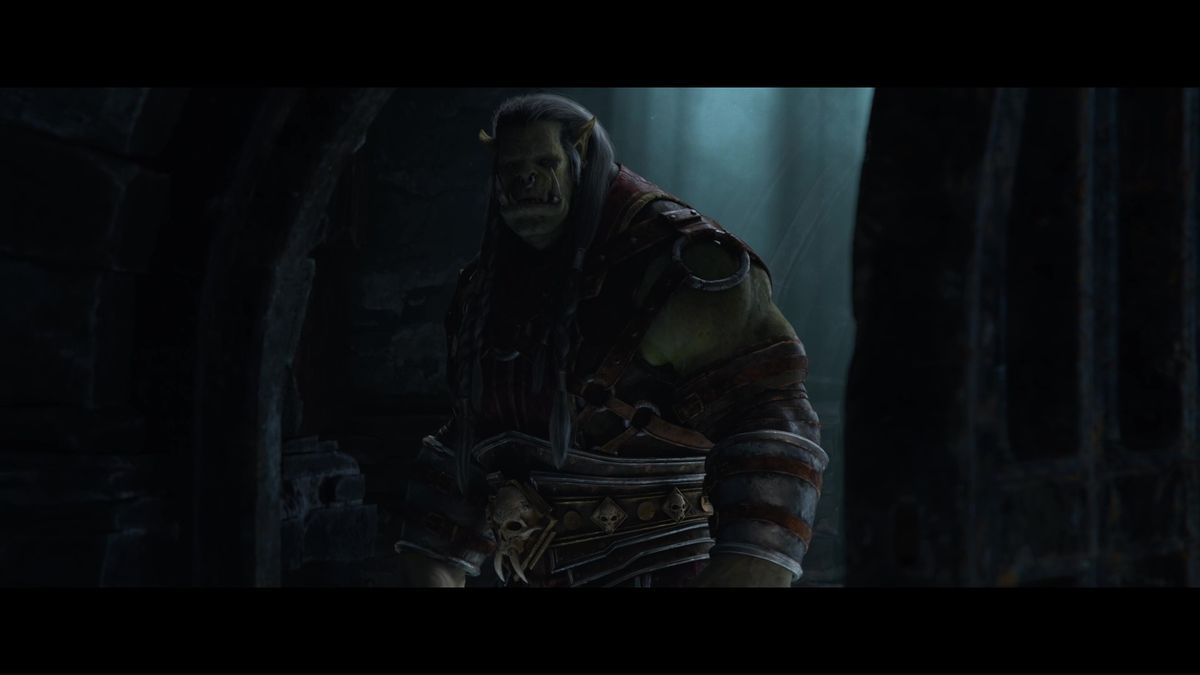 War! What is it good for?

Sylvanas opened the war with the Alliance with the following thesis:

That was the “lie” she used to ensnare the Horde into serving her, because she has a super secret second plan that’s been hinted at in novellas, comics, and in-game dialogue for over a year.

Sylvanas failed to pull off a total victory through invading Teldrassil; burning it actually gave up her advantage of having a mass source of hostages and it radicalized the Night Elves against the Horde even further. Before Patch 8.2, the Horde was losing the war on all fronts.

As for her secret objective? Loyalist players get a cutscene where Sylvanas explains that “nothing lasts,” that she allied with Queen Azshara, and she needs lots of dead souls to ensure that she can enslave Old Gods and carry out her plan. That’s some new information, but it doesn’t answer the burning question of what her plan actually is. But don’t worry, Sylvanas says, she’ll explain everything … the next time you meet!

There’s only so long you can turn and give the camera an exaggerated wink before I just start grabbing my monitor, shaking it, and wailing and gnashing my teeth. A mystery isn’t fun if one character knows everything and is constantly 17 steps ahead of the rest of the cast.

At this point, Sylvanas’ story could go literally anywhere. Anything could happen. It’s fatiguing! I don’t want to speculate about it, I want to go lie down and put an ice pack on my head. The worst part is that we’ve seen a hilarious, charismatic, sassily evil Sylvanas during this very expansion in the Battle for Lordaeron. Where did she go? She was great.

Wait, hey, what about those war crimes?

“War crimes” are a super nebulous concept within the world of Azeroth. Garrosh Hellscream was put on trial for war crimes, but there’s no Geneva Convention or anything similar. Everyone was just sick of his shit. If there were war crimes in Azeroth, approximately 85 percent of the player base would be hauled into the fantasy Hague for all of the quests we do, which include necromancy, burning people alive, mind control, and kidnapping children from one population so that another native population can raise them in a different culture.

So, the concept of war crimes are super loosey goosey around the World of Warcraft. Fine.

But what about all of the Horde members who backed Sylvanas? The current leaders of the Horde have a great idea on how to handle that: As long as they apologize and say they’re loyal to the Horde now, they’re totally fine and we’re just going to forget that.

I understand that the writers of a MMORPG probably don’t want to play out fantasy Nuremberg Trials, sure, but… I’m just going to throw this out there and suggest that if it’s a rehabilitation method my third grade teacher used, it probably doesn’t work for a complex multi-layered government.

There are still plot threads to resolve and play out. If the pre-launch Warbringers shorts are any indication, Sylvanas may be the final boss of Patch 8.3, just like Jaina and Azshara before her. Tyrande Whisperwind is still out in Kalimdor, juiced up on moon goddess energy and mad as hell. BlizzCon also kicks off in November, and Sylvanas is the Warcraft keynote character. We’ll definitely learn more about Patch 8.3, and maybe even the next expansion.

Battle for Azeroth is relentlessly swinging for the fences with story threads this expansion. Some of them are hits, like everything with Bwonsamdi and Vol’Jin. Azshara, in both Warbringers and her raid, was fantastic. N’Zoth, and his sinister eye that some players keep on their person, is my favorite part of the expansion. Player choice is a promising start. Night Elves — and the Alliance as a whole — largely served as a prop for the Horde’s story.

But while some elements of the plot were knocked out of the park, Blizzard has whiffed other crucial plot threads. Now that the war campaign is over, we can hope that whatever comes next lays a stronger foundation for the future plot.