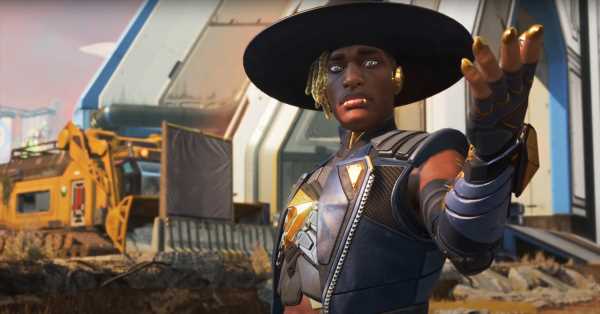 Apex Legends’ latest update got players’ hopes up with news of a nerf to the shooter’s newest character, Seer, but the changes don’t go far enough on the newest Legend’s most disruptive ability.

The nerf takes out both the damage and the half-second, screen-blinding flash that opponents suffer when they’re hit with Seer’s “Focus of Attention” Tactical ability. But it still interrupts enemies who are healing themselves or reviving teammates. So Seer can continue playing havoc with opponents’ last-ditch defensive moves, much as the character has done since being introduced three weeks ago.

“So he can still cancel my healing, are you serious?” one player said on Twitter, shortly after Respawn posted the changes there.

Others thought the nerfs made Seer indistinct, if not altogether useless.

“Nerfed his passive tactical and ultimate, why even make him?” said another player. “Like if you were just going to nerf every single thing in his kit … why even create the character in the first place.”

That criticism mirrors another coming from fans of Bloodhound, Apex Legends’ other tracking character. Bloodhound mains are upset because Seer’s other abilities, in addition to his tracking talent, pretty much moots their character. But then, if dialing Seer’s disruptive powers down removes any distinction between the two, why have Seer in the first place?

“People complaining about the interrupts still being a thing, imo if Seer’s tactical only scanned, he’d be an objectively worse Bloodhound,” said another player.

“Nothing y’all did today was needed,” said another fan, “his biggest issues is how he can cancel everything from heals to res[uscitation] to using an ability.”

Other changes coming in Monday’s patch included a 30-second increase — from 90 seconds to 2 minutes — in the cooldown for Seer’s Ultimate ability. That’s “Exhibit,” which you may have seen in the teaser and promotional trailers, where a large sphere of micro-drones reveals enemies that run through its area or fire their weapons within it.

The changes also decrease the outer range of Seer’s Passive ability, “Heart Seeker,” which helps them track enemies. It turns the reticle blue when an enemy is further than 75 meters away; the maximum distance at which an enemy can be detected has been shortened. Seer players will also have to wait half a second longer between sensor spikes for enemies with full hit points.

The update is available now. Seer joined the game on Aug. 3 with the beginning of season 10, “Emergence.”