Apex Legends season 2 is bringing with it some of the most substantial balance changes the game has ever had. On top of rebalancing certain weapons and heroes, the patch for the new season also altered the map, and even added a new Legend: Wattson.

Wattson is a more defensive hero than any that have existed in Apex Legends so far. Rather than the traditional strengths of running and gunning, Wattson takes a more careful approach, using her electrified fences to establish perimeters and her Interception Pylon ultimate to stop incoming ordnance and repair damaged shields.

As for the weapon changes, the season 2 patch is bringing with it a new gun called the L-STAR, a slow-firing LMG that players can only get from Airdrops. There are also a few new attachments in the game, including Hammerpoint Rounds which will allow pistols like the P2020 and the Mozambique to do extra damage to unshielded players.

For a look at all the changes coming to Apex Legends in season 2 you can read the full patch notes below.

Enemies scanned now are tracked in real time instead of leaving a ghost image behind. The tracking lasts for 1.5 seconds.

Fixed a bug where movement clues would sometimes not be generated.

Mirage can now cancel out of his ultimate cloak early.

Mirage now has a small delay when disabling cloak.

The magnitude of the slow is reduced by 50% when effecting teammates.

Increased the duration by 3 seconds.

Updated the hit box to better conform with the base model.

We are also planning to make adjustments so his hitbox better reflects Legendary Skins as well for cases where it’s not matching up. 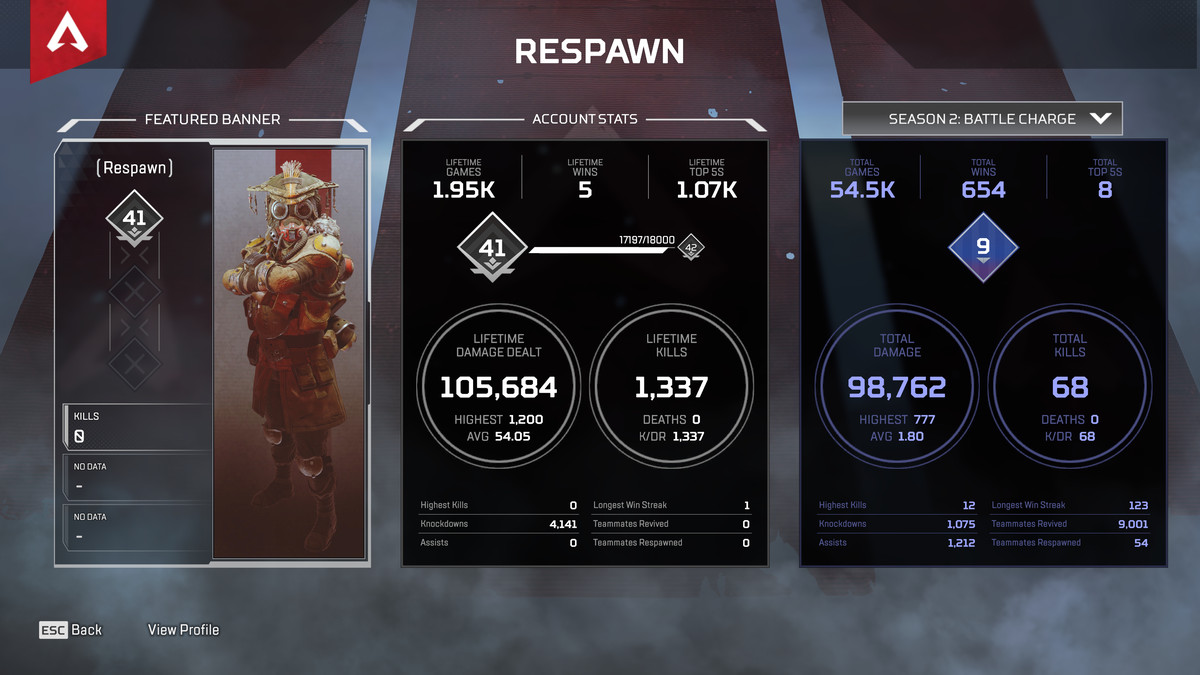 With Season 2, we’ll trying out new circle closing speed, size, and damage that now applies to both Ranked Leagues and the normal Apex Queue.

Ring start and closing speed is now the following:

Ring radius for the first circle has been slightly reduced [it’s about 9% smaller than it was before].

When pinging a closed door, the player will now say “closed door here”.

When pinging an open door, the player will now say “someone’s been here”.

When a player requests a hop up, if the gun only accepts one kind of hop up, the player will callout that specific hop up they are looking for. If the gun accepts multiple hop ups, the player won’t vocalize it but all possible hop ups requested will show up in the obit feed.

Fixed bug where players wouldn’t create movement evidence markers unless they were sprinting.

Fixed bug where Wraith’s jetpack boosters could still be seen while phasing.

Fixed issue where in some rare cases, performing a Finisher while down player is entering a Wraith Portal.

Fixed a bug that caused throwable items to bounce off a jump pad without actually touching it.