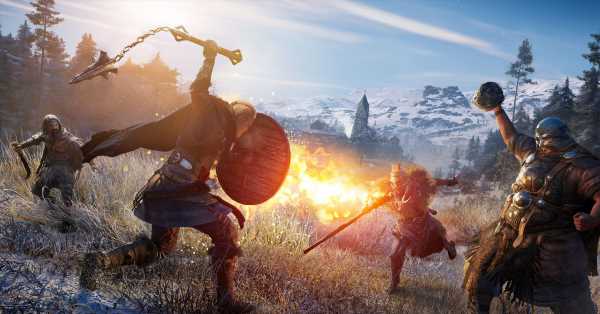 Ubisoft finally gave players the ability to transmog their armor in Assassin’s Creed: Valhalla’s latest patch. Unfortunately, that ability comes with an in-game price tag that many players feel is a little too steep. Even worse, that’s not the only problem players have found with the system, or the game’s new patch.

Valhalla’s transmog feature lets players change the look of a piece of armor without changing its stats, but it can only be done at Gunnar’s blacksmith, and costs 50 silver. While that price isn’t terribly steep in the grand scheme of things, it can add up quickly if you’re frequently changing your gear’s look. And, as many players on Reddit have pointed out, it’s a frustrating cost to pay for a purely cosmetic feature.

At least one player mentioned that using the transmog system may have removed the runes from their weapons — though they haven’t been able to confirm whether or not the transmog was the cause of the issue.

On Tuesday, Ubisoft also announced that it was giving away the Godly Reward pack as a community appreciation gift. The pack contains Altaïr’s Outfit from the first Assassin’s Creed game, the Yule Festival rewards, and 300 Opals — one of Valhalla’s in-game currencies.

Except the Godly Reward pack appears to have run into some problems as well. Players received an error message when they tried to redeem the pack, which Ubisoft said it’s aware of and trying to solve. At least one of the issues prevented players from unlocking the pack if they had no Helix credits, however Ubisoft has fixed that particular problem.

Once the pack is finally unlocked, players discovered that the new transmog system also doesn’t work with Altaïr’s Outfit. Players can only wear the armor as a regular set, but can’t use it to change the appearance of their other armor. Without the same upgrade options as the game’s standard armor, the outfit is less useful to wear regularly.

Fortunately, the game’s community manager has said he’s passing this feedback along to the development team.