In 2009, Borderlands helped invent the looter-shooter genre — which blends the gameplay of a shooter with the loot hunts of a Diablo-like action RPG. A few years later, Borderlands 2 continued to rule the genre, with few competitors challenging it. But with Borderlands 3, quite a bit has changed. The genre has evolved, with games like Destiny 2 and The Division 2 dominating the space.

These days, looter-shooter games survive on the strength of their endgames. It’s how these games maintain their relevance for months, rather than short time it takes to finish a campaign.

How will Borderlands 3 evolve and what we can expect from the endgame? We’ve pulled from past evidence and recent quotes to piece it all together.

Gearbox on the endgame of Borderlands 3

During the Borderlands 3 gameplay reveal event, some interesting details slipped out about the endgame.

In an interview with VG24/7, lead boss designer Matt Cox spoke about the studio’s post launch plans. Cox announced four story expansions, community events, and raids. Borderlands has never had a raid before, as Destiny was the first looter-shooter to implement the activity. But with Division 2 also adopting raids, it makes sense that Borderlands 3 would add one as well.

Endgame activities require endgame character progression. Borderlands 2 already had Badass ranks, and Borderlands 3 is evolving the feature to focus more on the after-campaign experience. With the Badass ranks, players would complete challenges and then turn in tokens for minor stat bonuses. In Borderlands 3, the new system is called Guardian Rank.

At the gameplay reveal for Borderlands 3, players didn’t have access to Guardian Rank. Based on some screenshots from the event, it’s a postgame-only leveling system. Players won’t gain access to it until after finishing the main campaign. This makes the system more akin to Diablo 3’s Paragon levels, which add bonus stats to a character as they reach beyond max level.

In his interview with Arekkz, creative director Paul Sage mentioned that the team is working to keep the same elements in Borderlands 3 that have kept players going in Borderlands 2 all these years.

The original Borderlands doesn’t have much to do when the story is over. Players can roam the world, grabbing chests of loot and looking for better gear after they’ve maxed their level. Players then take their new loot to kill Crawmerax, the only max level boss in Borderlands. 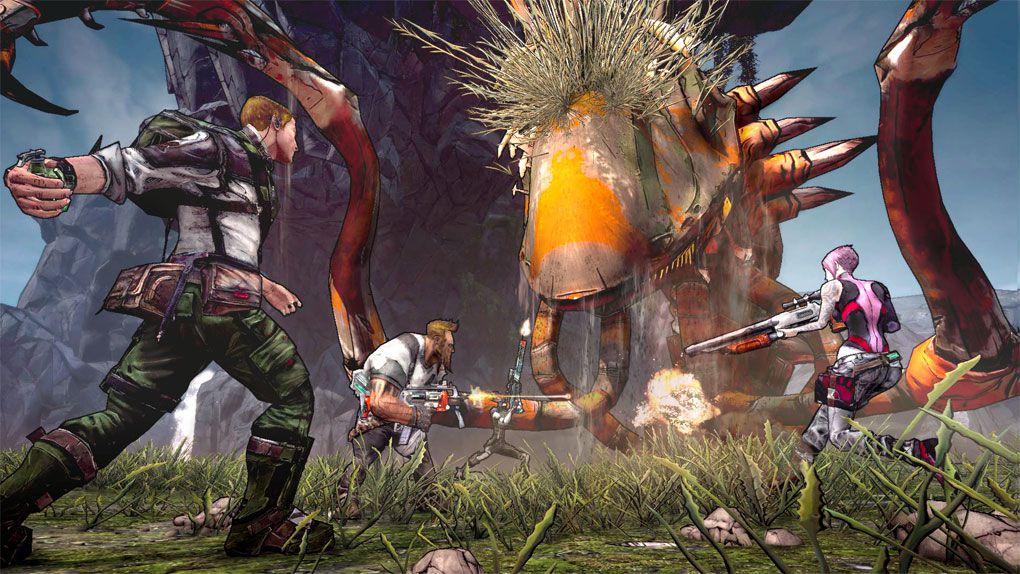 Borderlands 2 and its many DLC adventures provide more bosses for players to kill. Instead of just Crawmerax the Invincible, players can go after Terramorphous, Vermivorous, Pete and Dexiduous. Even Son of Crawmerax makes an appearance as a referential boss.

Overpower Ranks increase enemy level and difficulty, but also allow players to equip weapons that are higher than max level. It remains to be seen whether similar functionality will carry over to Borderlands 3.

We won’t know everything Gearbox intends for Borderlands 3’s endgame until later this year. But many of Borderlands 2’s features — like scaling difficulties and more bosses — seem like safe bets. In an interview with Arekkz Gaming on YouTube, level and mission designer Kate Pitstick said the studio would be announcing more endgame content at E3 in early June.