The developer discussed Bloody Harvest during the Borderlands Show livestream, a regular series that kicked off today. It will be the first of several free limited-time events, and will offer new enemies, a new location and, naturally, new loot. The Bloody Harvest map will be available to players who have, in the main game, departed Pandora and started exploring space aboard the Sanctuary 3. Outside Pandora, they’ll bump into “Haunted” enemies, and after you kill them their astral selves rise up and come after you.

Touch one and you get the Terror debuff, which “partially shrouds your vision in a mysterious mist,” says Gearbox, “and weakens your gun handling, accuracy and spread.” Players will be on the hunt for a new substance called Hecktoplasm, which they can exchange for access to the Bloody Harvest map. 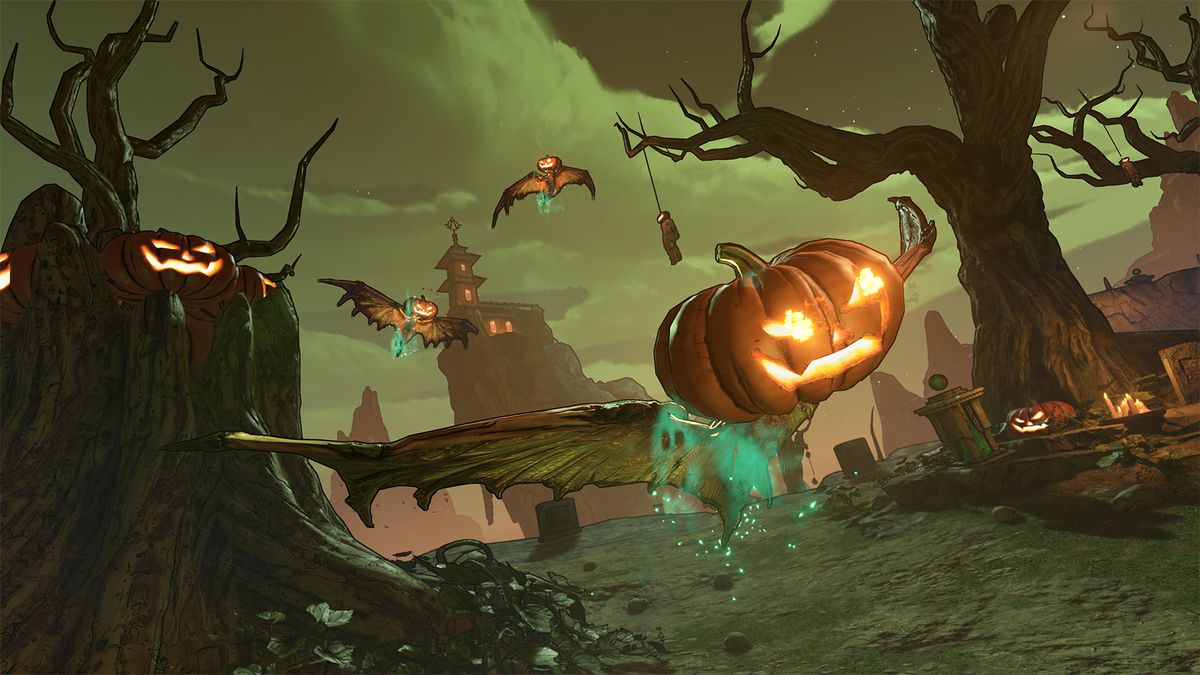 That area is roamed by the delightfully named, fire-breathing Rakk-O’Lanterns (above) and helmed by Captain Haunt, a variation of Captain Traunt, the Maliwan boss character from the main storyline. (His Halloween form is pictured at top.) Among the loot on offer in Bloody Harvest: skins for each of the four Vault Hunters plus Moze’s mech and Fl4k’s pets, a skin for the Echo Device, two new guns, and a shield.

The weapon is called Fearmonger, and from this brief clip it looks like a shotgun crammed inside a jellyfish. The Terror debuff will also be applied to certain other loot so players can scare the crap out of NPCs, too.

Gearbox didn’t say when Bloody Harvest would kick off, other than next month. Astute Borderfans will remember that the 2009 game’s first extension was also Halloween-themed — except it launched a month after the fact. The Zombie Island of Dr. Ned was already in the works when the main game was delayed to its mid-October date 10 years ago.