The team behind Cyberpunk 2077 has made the decision to go “100% first person.” The decision, shared by CD Projekt Red’s global community lead Mocin Momot on Twitter, comes after several trailers released over the past few years have already showed off some third-person cutscenes in the game. Momot said the choice was made in favor of player immersion.

“Achieving full immersion in [a first-person perspective] game is extremely important,” Momot said on Twitter, “and the decision made by the team to go 100% first person in @CyberpunkGame is something that will benefit it greatly from gameplay and story-telling perspectives.

Previously, CD Projekt had spent significant time highlighting third-person cut-scenes in its trailers. An extended gameplay sequence, first shown at E3 2018 lingers with the player-character in third-person after an intimate encounter. Later, the cinematic trailer from E3 2019 also spent time in third-person. These types of sequences will be rare in the final game. 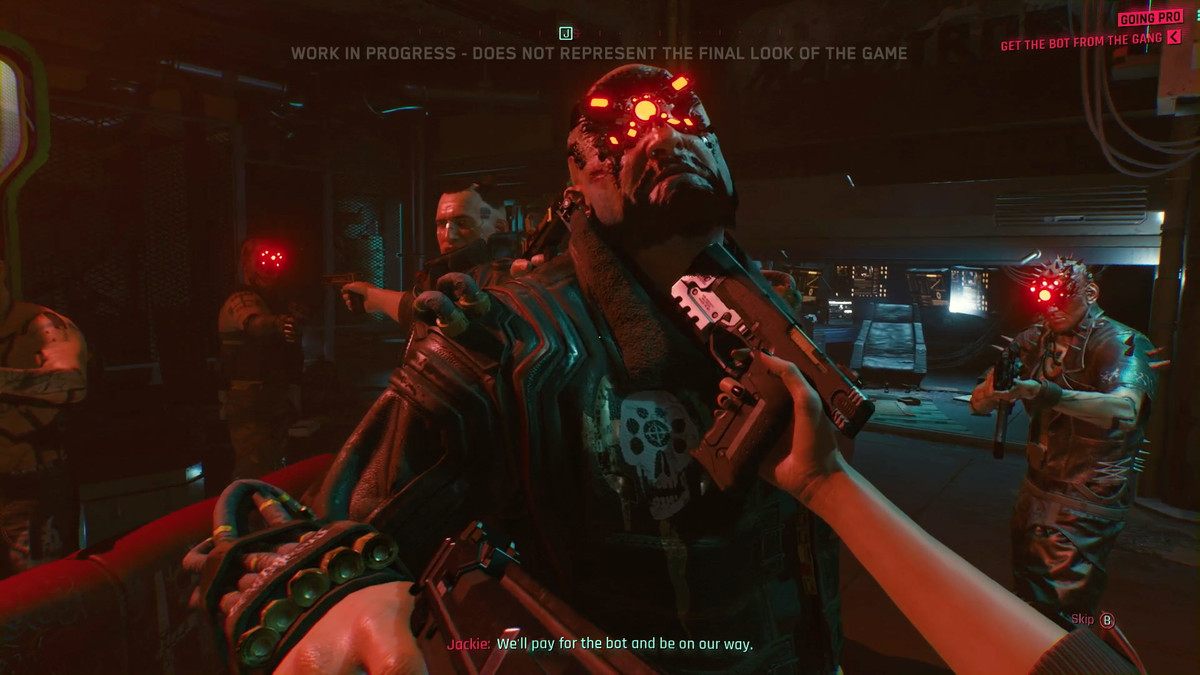 The team at CD Projekt Red has shown some interesting approaches to first-person interactions. One gameplay demo from 2018 included multiple, timed dialogue options with several characters in the same scene.
CD Projekt Red

“Players will still be able to see their characters in the inventory screen, during driving sequences, in mirrors and, very occasionally, in some of the cut-scenes,” Momot said in a follow-up tweet.

The announcement was met with some dismay by many fans of the studio. Some noted that third-person cutscenes played a big part in the narrative of The Witcher 3: Wild Hunt. Others worried that player customization in Cyberpunk 2077 will suffer because of the change in focus. We’ll know more in the lead up to the game’s release, which is set for April 16 on PlayStation 4, Windows PC, and Xbox One. Cyberpunk 2077 will also be available for Google Stadia.