Bungie revealed how Finishing Moves work during its time at Microsoft’s Inside Xbox Gamescom showcase on Monday. But inside the packed trailer, the studio hid a host of new changes coming to Destiny 2: Shadowkeep this fall. We’ve rounded up what we were able to find, including new Exotics, difficulties, and Artifact mods.

Click on the video below, from YouTuber xHOUNDISHx, to see the gameplay from the showcase.

With Shadowkeep, like all Destiny 2 expansions, players will earn a host of new Exotic weapons and armor. Between the trailer and some press release images, we have an idea of at least three new Exotic toys for players this fall. 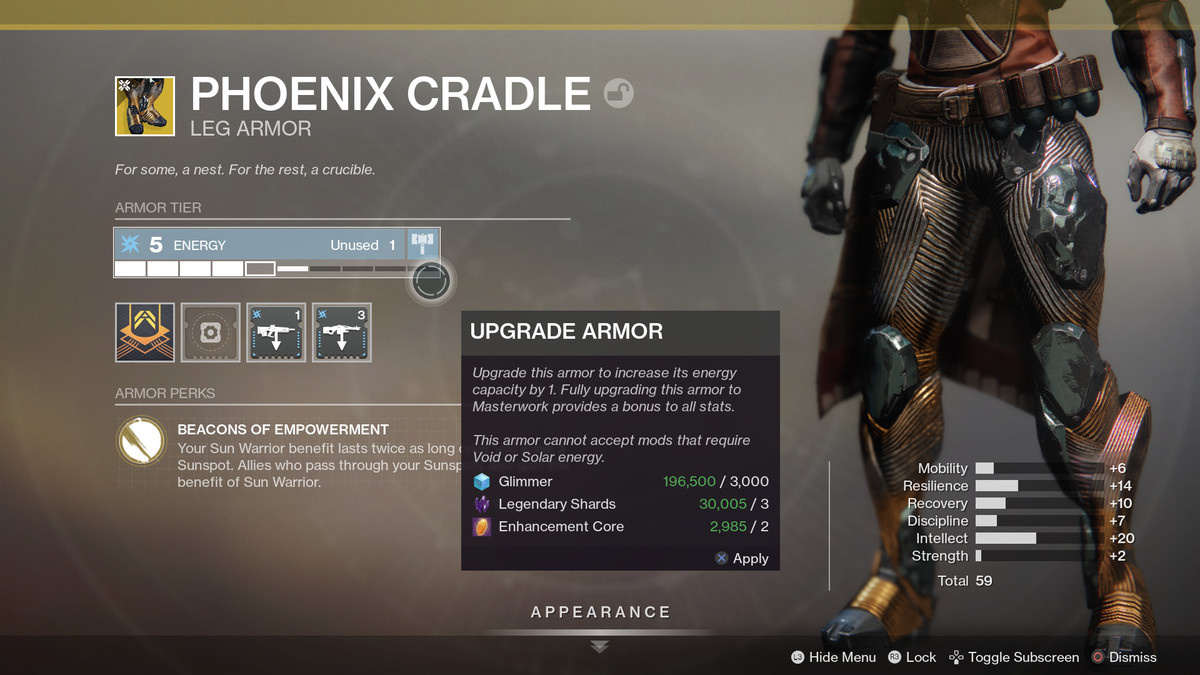 In the trailer, players can also see the returning Exotic auto rifle Monte Carlo in a player’s inventory. What’s strange about Monte Carlo is its Vex Icon, but the rest of the items on screen have a Shadowkeep icon. Weapon icons always represent the expansion or season the item comes from. It looks like Monte Carlo may be part of the Season of the Undying, rather than the Shadowkeep expansion (both start Oct. 1). 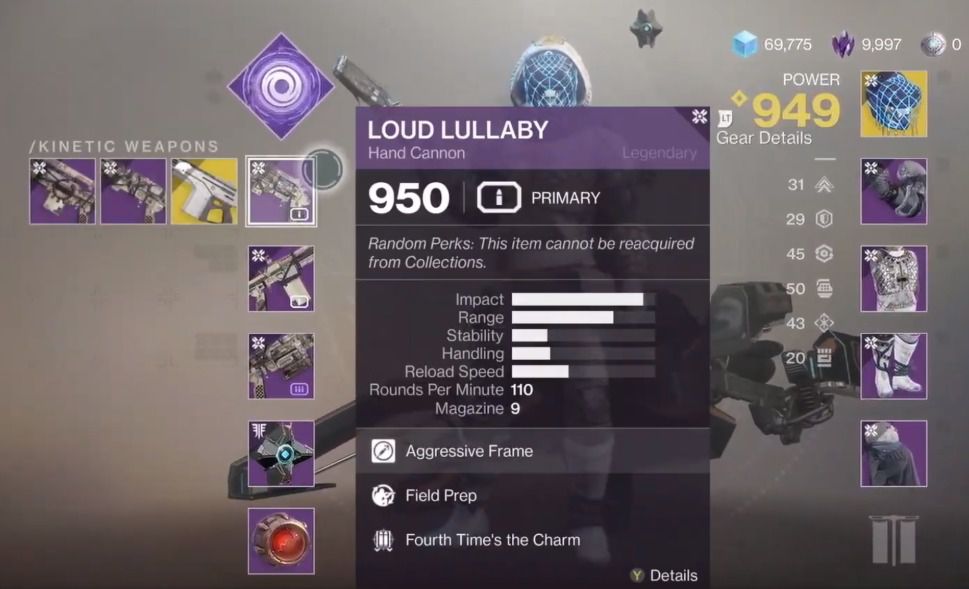 Mods and the Gate Lord’s Eye 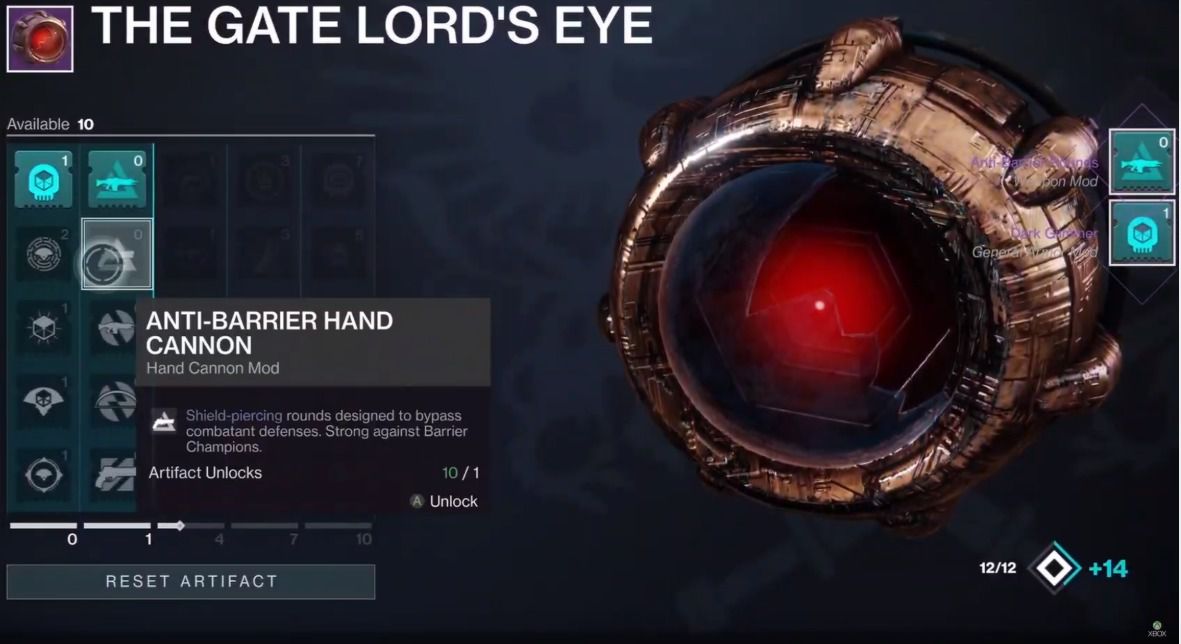 Bungie has been slowly dolling out details around their new Artifact system. But players are actually able to see how the gear slot works in the new footage.

Players level up the Artifact, and can see the levels on the right side of the screenshot above. This is likely the bonus Power Destiny franchise director Luke Smith spoke about.

On the left side of the Artifact — called The Gate Lord’s Eye — players can see a table filled with mods. It seems players will earn some kind of Artifact unlock currency. By spending that currency, players can buy powerful mods to slot into their weapons or armor.

Here are the mods shown off in the video:

Difficulties, modes, and the Moon’s map 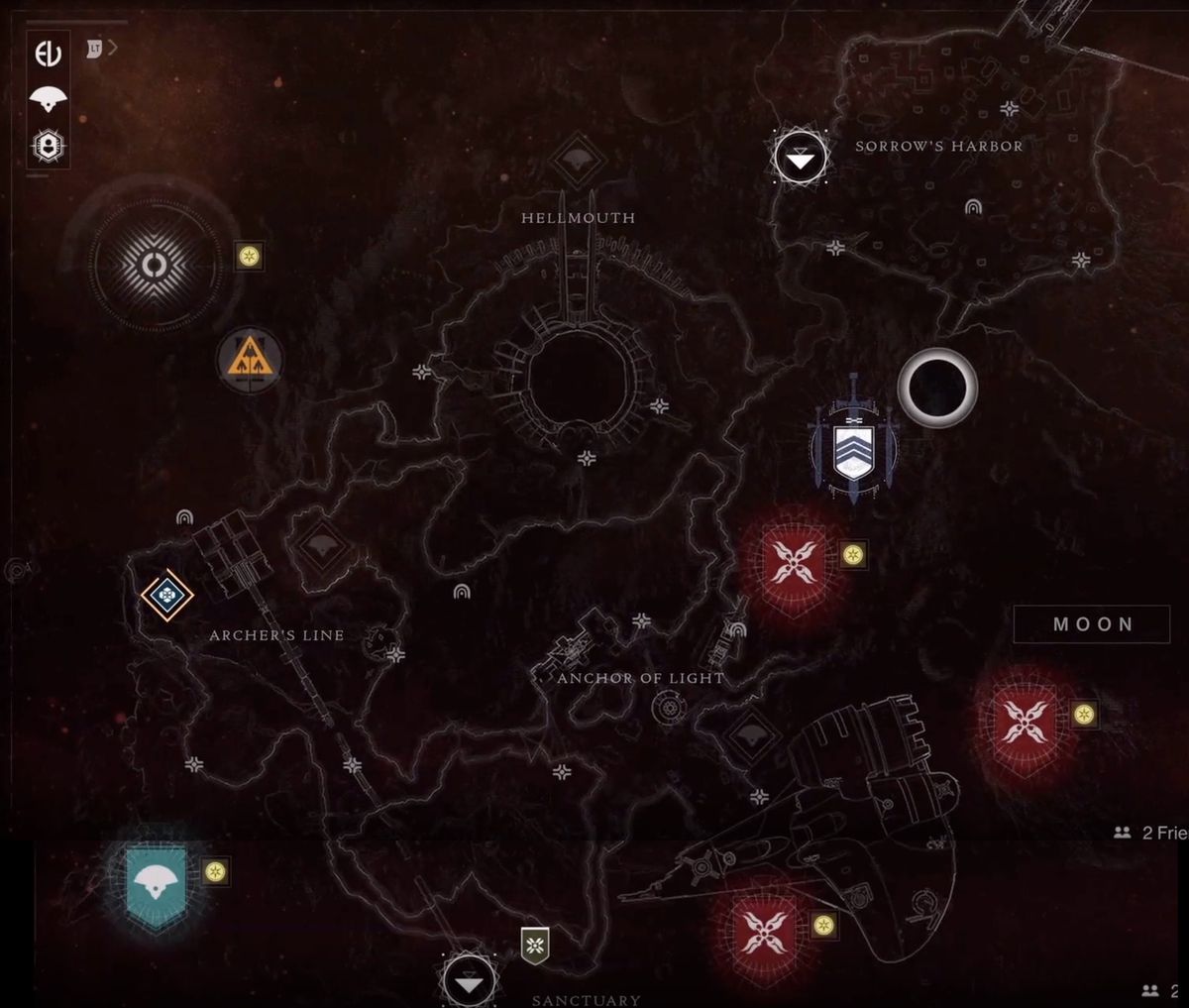 From the gameplay, Reddit users were able to stitch together a complete map of the Moon (seen above). There are old locations here like the Archer’s Line, Hellmouth, and Anchor of Light. The primary new location on this map — keeping in mind that much of the Moon is underground — is Sorrow’s Harbor in the upper-right corner.

In terms of new activities, Bungie showed off a Strike called the Scarlet Keep and a Nightmare Hunt called Servitude, where players fight Nightmare of Zydron (the Gate Lord from the first Destiny).

One thing Bungie showed quite a bit of was the new difficulty system. For one of the Nightmare Hunts, players can choose from Adept, Hero, or Legend. These difficulties come with Power recommendations — 860, 920, and 950 respectively — and different rewards.

Both Adept and Hero offer matchmaking, and come with a few modifiers to spice up the gameplay for Guardians.

Legend is the most difficult mode, and comes with the most modifiers. Legend also doesn’t feature matchmaking, and requires players to find their own groups first. When players enter a Legend activity, their perk loadouts will also lock and they’ll be unable to change weapons or armor.

Bungie will release Destiny 2: Shadowkeep and New Light for PlayStation 4, Windows PC, and Xbox One on Oct. 1. The Google Stadia version of Destiny 2 will come later this year.