The Phantom Thieves are coming back for more in Persona 5: The Royal, an expanded version of the original Persona 5 that’s set to release in 2020 for North American fans. Among new places to explore and revamped dungeons, a new Phantom Thief appears in Tokyo as well.

The original cast of Persona 5 is mostly high school students and what appears to be a talking cat named Morgana, who dive into people’s subconsciousness to trigger a “change of heart.” Whether it’s a teacher who’s been abusing students or a corrupt CEO, the Phantom Thieves are first led by Morgana, who seems to have pre-existing knowledge of how to take someone’s heart.

A closer look at the official P5R website shows a screenshot of the main protagonist with a male character who goes by “Ikemen,” and who uses the same “wagahai” pronoun that Morgana uses to refer to himself. 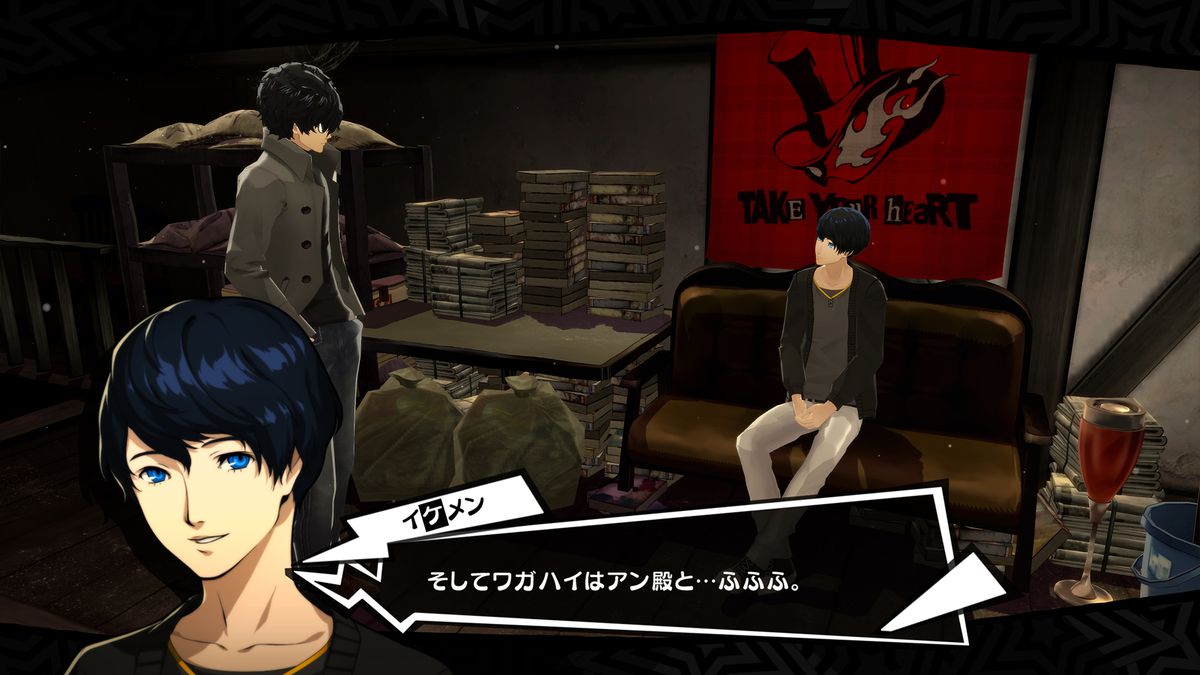 The striking blue eye color is the same as Morgana’s, and the yellow necklace could be a reference to the yellow bandana that he wears. The “huhuhu” laugh at the end is also a trademark characteristic.

At the start of Persona 5, Morgana can’t remember where he came from, but is convinced that he was originally a human being. Other characters tease him about being a cat, which Morgana fiercely denies. In his official character reveal trailer, he says “Don’t call me a cat! I’m Morgana,” and later follows up with “My appearance might’ve changed, but I’m still an admirable human.”

The end of the game reveals that he’s not a cat after all, but also wasn’t a human either. While he and the others come to terms with this, we never got to see a what a human Morgana could’ve looked like. But maybe with Persona 5: The Royal, it’ll be different.