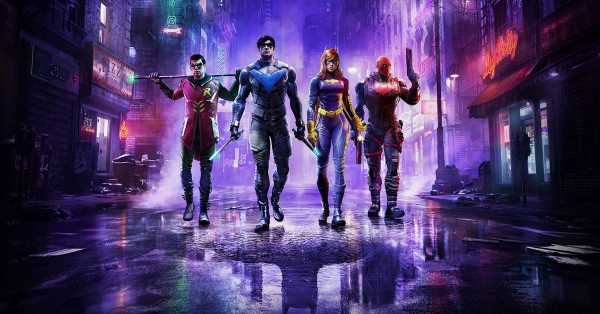 The creators of Gotham Knights, the open-world action RPG set in a wayward Gotham City without its Batman, offered a new, longer look at their game at the 2021 DC FanDome on Saturday. It’s our first peek at the game in more than a year, revealing what Robin, Nightwing, Batgirl, and the Red Hood will get up to in 2022.

The FanDome preview showed off a brief look at the game where Nightwing, Robin, Batgirl, and Red Hood are captured by the Court of Owls. After the short cinematic trailer, there was a special behind-the-scenes preview that gave fans a look at the history of the Court and let its creators, and the developers behind Gotham Knights, explain the secret society’s history in Gotham City and how it will fit into the new game.

Originally expected in 2021, Gotham Knights is coming to PlayStation 4, PlayStation 5, Windows PC, Xbox One, and Xbox Series X, in 2022. The third-person action game, developed by Batman: Arkham Origins studio WB Games Montreal, will be playable solo or in co-op.