Hey, didja know Ninja was once on Family Feud? Maybe you did, but the show has been reposting old episodes to YouTube and recently uploaded the before-he-was-famous Tyler Blevins and fam’s four-episode run from 2015.

Ninja and the Blevins family were legit good, putting together a three-day winning streak before running into the formidable Beams family of Hendersonville, Tennessee. The Blevinses still made a three-day haul of $40,760, which compares well against the Halo winnings for Ninja’s teams that year: just $25,100.

That’s how Ninja introduces himself in the first episode, when the Blevinses dethroned the Blounts of Atlanta after one day as champs. “I’m a professional video game player; I travel across the country and compete, playing video games,” Ninja said.

“I’m one of the best Halo players,” he elaborated. And here’s host Steve Harvey’s reaction: 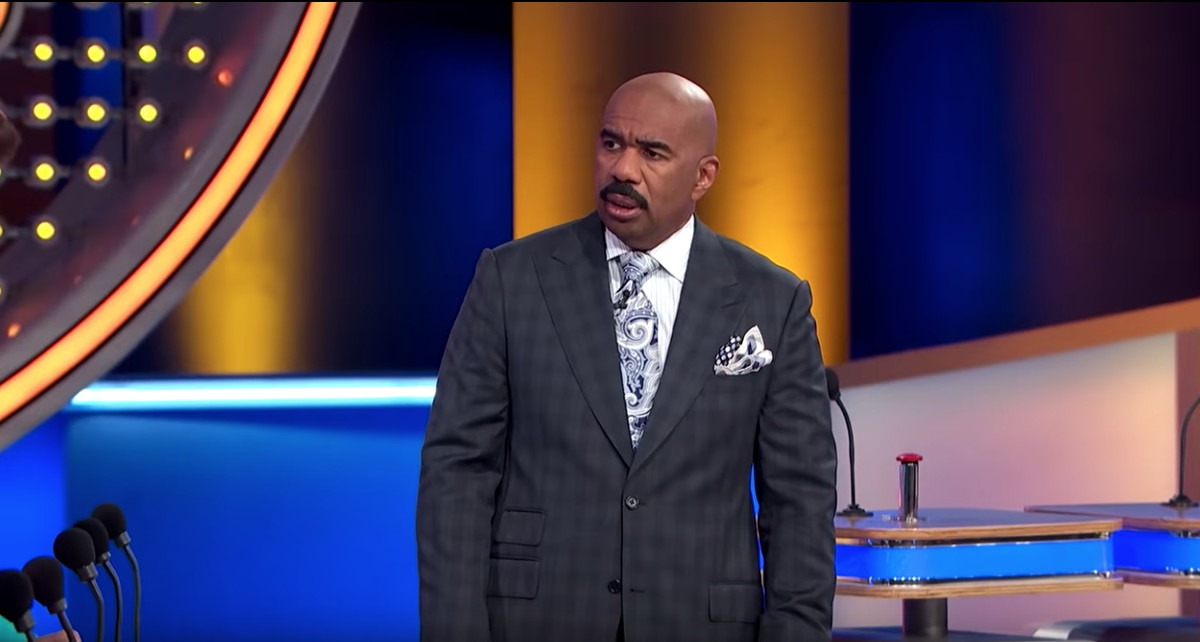 Ninja’s first question: “Name something a wife might have to force her husband to wear.” His answer was an astute “underwear,” surprisingly only fourth on that survey. Cody Blevins’ follow-up, “deodorant,” while funnier, was strike one.

In the final round of the first day, riding a strong performance from leadoff batter Chris Blevins, Ninja locked up the $20,000 grand prize with his first answer. The fun does not end there, as the Blevins family played for three more episodes, bowties and all. Say this for Ninja, he is a locked-on competitor no matter the game.

Ninja, of course, went on to a somewhat more accomplished pro gaming career, catching fire in 2017 when Fortnite Battle Royale took off. He just went steady with Microsoft, too, and will be streaming exclusively on their Mixer platform. We’re guessing Ninja’s family, in slightly less notorious but worthy careers of education, social work and the ministry, have also had successful runs of their own in the four years since.

Top 6 Smartwatches of this Generation

Nintendo Patents A Stylus Attachment For The Joy-Con
PS4