Hallelujah and glory be. The PlayStation Network ID you chose in 2006 or 2007, as anachronistic as a Facebook poke or a Motorola Razr, may now be changed. Announced on Wednesday morning, the capability went live later that night, so at last you can change your TaYZonDaYFan_420 PSN handle.

Of course, switching your ID comes with a lot of caveats and terms to accept. Some games might even have critical screw-ups because of the change — i.e. the loss of progress or user-generated content, trophies, in-game currency, and other entitlements.

I have one of the games from the critical issues category, and I still changed my PSN ID this morning. It was vitally important that I unify the name dudemanbestbro1 across all my game platforms, and herald the coming of Gozer the Gozerian.

Hopefully, this can serve as a guide for you, if you’re gonna take the plunge when you get home from work/class tonight.

Step One: Where the hell is it? 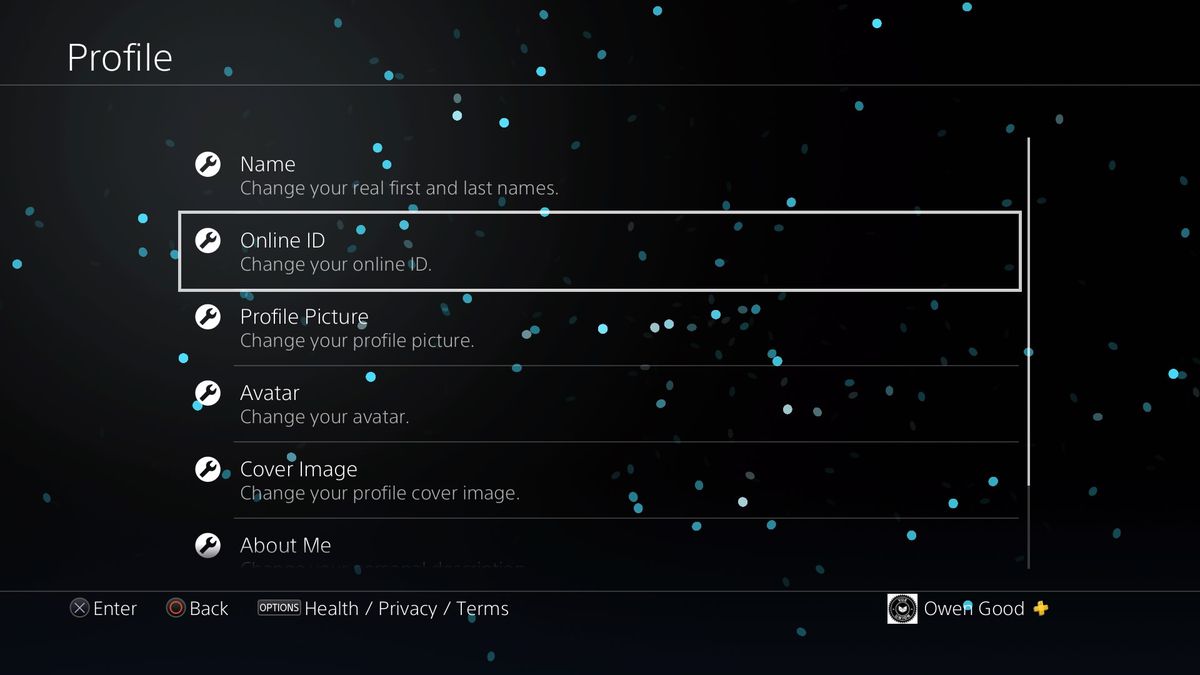 On your PlayStation 4, go to Settings, then to Account Information, then Profile, and lastly this new category, Online ID.

Alternatively, you can do it over the web (but you can’t do it on a PlayStation 3 or Vita). It looks like this. That part that says dudemanbestbro1? That used to say “columbia10025.” I used that handle because it was the one I picked when I signed up for AOL Instant Messenger. In 2000.

Step Two: What is the deal with this dudemanbestbro1 stuff?

He’s the mythological nemesis of my favorite reader, Chewblaha (dating back to my Kotaku days). dudemanbestbro1 takes the most overrated team and runs the most glitched plays to beat you in multiplayer Madden NFL. It’s been my handle since 2010. When video games PR asks for my Xbox Live Gamertag to give me preview access to something, and I give it to them, I always have to follow that up with, “Yes, really.”

Step Three: Fine, OK. What next? 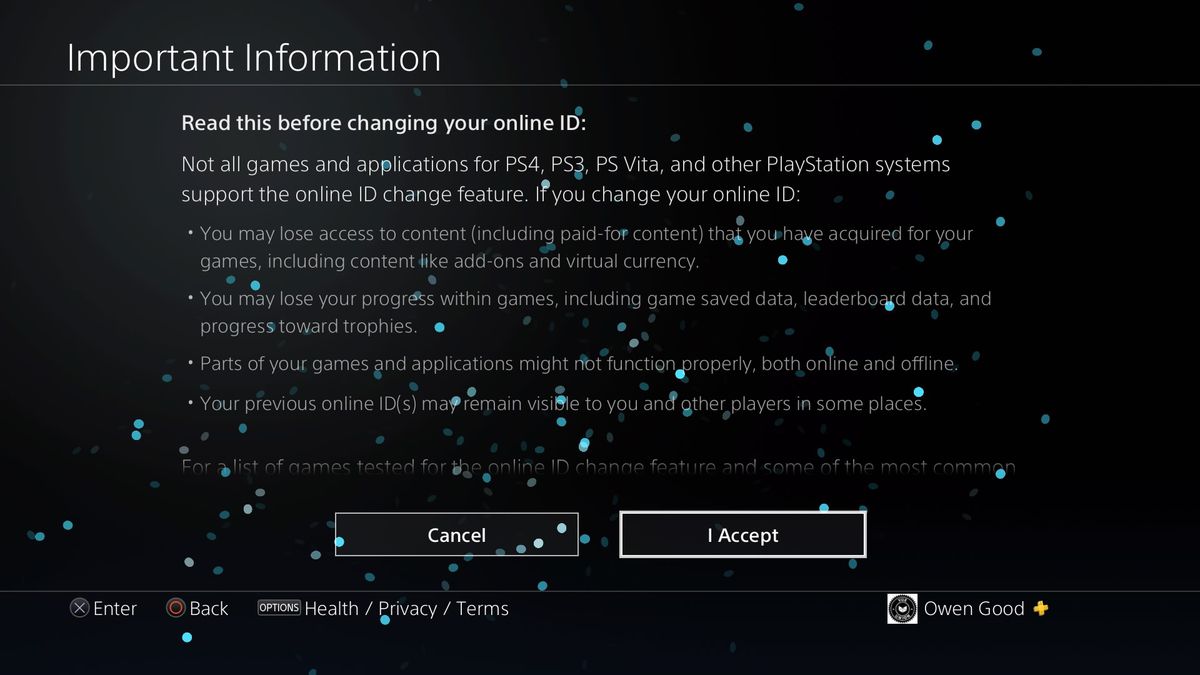 Step Four: Back up game saves, just in case 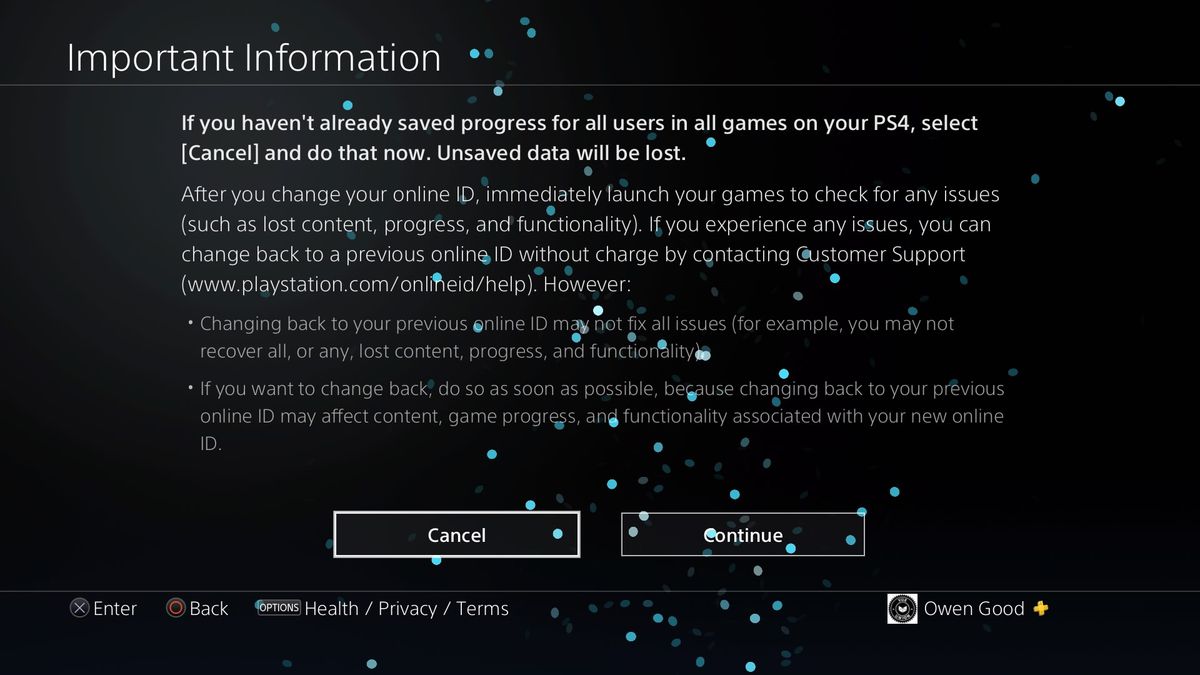 OK, being serious for a sec, it might be a good idea to make sure all of your game saves are backed up to PlayStation Network’s very roomy cloud storage. That PlayStation Plus perk went up from 10 GB to 100 GB back in February, so you might as well use as much as you can.

Step Five: Choose the form of The Destructor 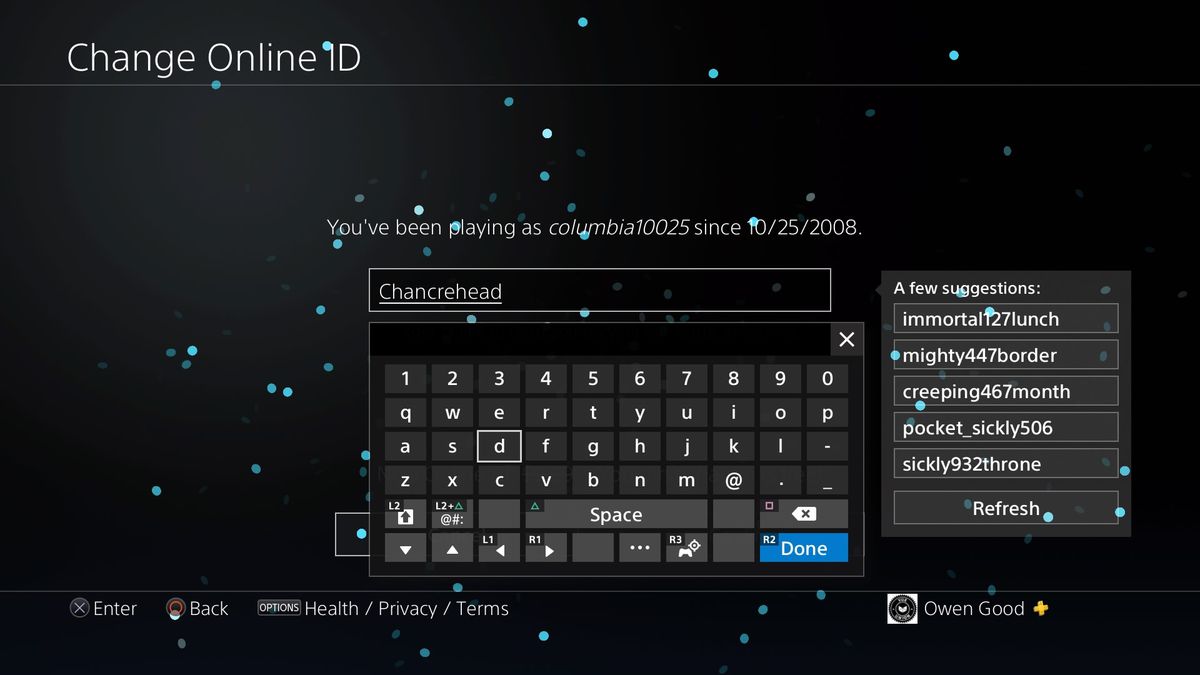 After accepting those two screens, you’re taken to this one where you actually and finally change your PSN ID. The screen also reminds you of the longevity of your lame old name, so you can rue the fact you went more than a decade being identified by it.

The first name change is free. I recommend not wasting it on any of those rando suggestions at right. If you do, it’ll cost $9.99 to change it to something that doesn’t suck (PlayStation Plus subscribers get a discount on additional changes, which cost them $4.99). 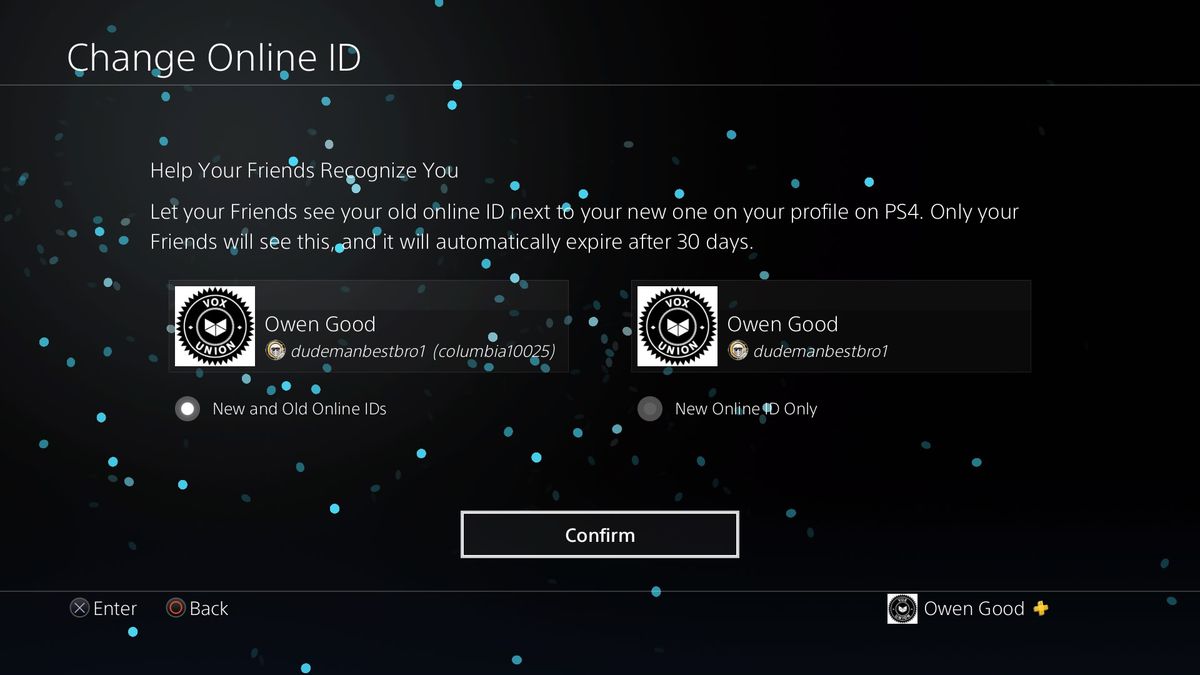 This isn’t official until you push the confirm button on this screen. Helpfully, PSN will show your old ID in parentheses for the next 30 days, so your friends don’t go “New ID who dis?” when you party up in Apex Legends.

As to that … Samit last night had some temporary trouble with Apex Legends — which is not one of the games listed with known critical (or any) issues. He says it was resolved within an hour, though. Your mileage may vary!

Step Five: Play some games and hope for the best

I have Everybody’s Golf, which is one of the PS4 titles known to have critical issues. (Though what, exactly, those issues are, Sony does not say.) I also have all of the premium DLC courses for the game. So I booted that up to see if everything was still there. It is. I have all my progress, trophies, and DLC. I made par on No. 3 at Nam Rong Bay. I’ve seen some stuff related to Electronic Arts accounts having difficulty connecting, so I checked NBA Live 19, and that is all good, too. 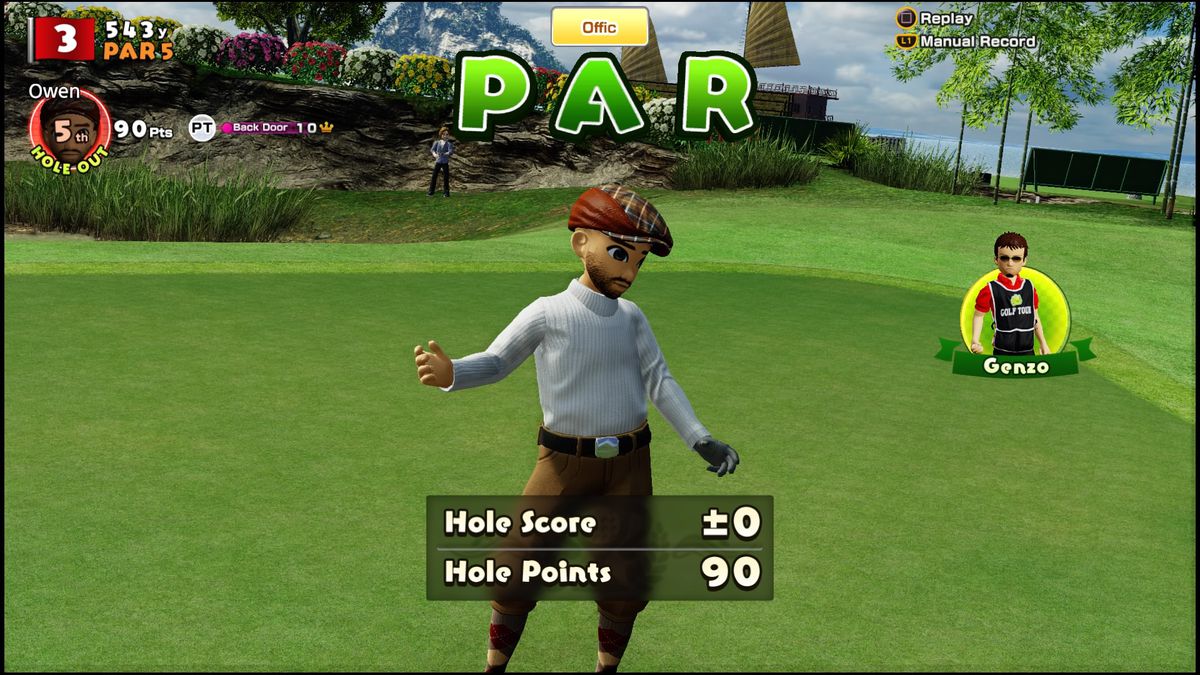 God only knows why it took this long — almost 13 years since the creation of PlayStation Network, and six months since Sony announced ID changes were in the works. But it’s here, it’s relatively painless, and it makes me a happier player. Mission success.