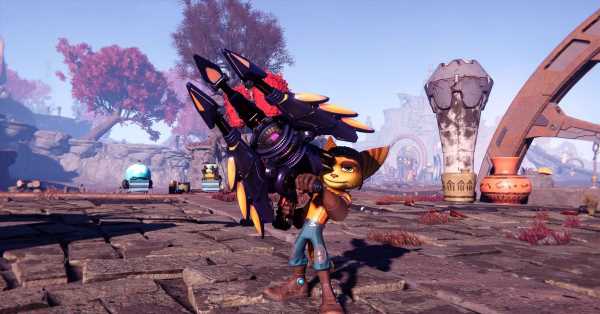 Miles Morales got some ray-tracing reflection improvements in the patch, specifically upping the quality for players using the Performance RT graphics setting. The patch also offers some stability fixes, performance improvements, and solves a specific issue involving motion blur and pedestrians. This patch is only for the PlayStation 5 version of the game.

Ratchet & Clank: Rift Apart got several new features in its patch, most of which revolve around the game’s photo mode. Players can now decorate their screen with new stickers and backgrounds, allowing for further customization. Armor also has a special toggle during photo mode, which lets fans toggle it on or off without needing to dive into the game’s menu.

Outside of photo mode, players can now run Ratchet & Clank: Rift Apart in a special 120 Hz display mode. This only works on compatible displays, but reduces input lag and increases the frame rate for Fidelity mode to 40 frames per second. Players can further customize their Rift Apart experience by binding the skip cutscene command to the D-pad and disabling various level-up effects.

The rest of the Ratchet & Clank: Rift Apart patch consists of bug fixes and additional polish. Scroll down for the complete patch notes for Rift Apart version 1.002 and Spider Man: Miles Morales version 1.10.