Remnant: From the Ashes feels right at home with the last decade of action games, even if it may seem like something very different at first blush.

Like Darks Souls, Bloodborne, and Nioh, Remnant mixes punishing difficulty, pattern recognition, and complex combat that benefits from trial and error. But it trades out the long swords, katanas, transforming chain-whips, and melee combat of its predecessors for guns and ranged combat.

It’s a fantastic addition to the genre.

Fighting from a distance

Remnant puts you in control of an unnamed protagonist who washes up on the shores of a city on post-apocalyptic Earth. The game doesn’t spend much time explaining things, but it seems like you’re looking for a mysterious island. As for what happened to the Earth, it appears to have been taken over by some kind of tree-esque race that, I think, conquers planets? I’m not entirely sure, nor does any of the story seem very important.

You’re quickly taken in by a band of survivors who give you armor and guns in return for doing a few favors for them. These favors mostly include venturing out into the world — and later, into the game’s other worlds — and fighting off hordes of enemies.

Most often, these types of games have slow and deliberate combat, and rely on the knowledge that attacks can’t be canceled once they begin, so you’d better know what you are doing, and the proper time to do it, before swinging your sword or ax. Any attacks that miss will leave you wide open to counter-attacks from your target.

This style of combat doesn’t sound like it would work in a game that’s all about guns and other forms of ranged combat. Dodging bullets isn’t easy, after all. But Remnant finds a way to make it all work.

One of the keys to Remnant’s success is the fact that it slows things down. Enemy attacks in Remnant are timed, giving me a chance to react. I dodged out of the way every time I caught an enemy taking aim at me, enjoying how the bullet whizzed by harmlessly. Certain weapons are also fast enough that I can aim quickly and destroy an enemy before it gets the shot off. Enemies are locked into each attack once they begin, so they won’t be able to adjust their plan if I run to a new location or roll behind a wall. I have to be constantly alert while playing, but the reward is survival.

The same is true for my character, however. There’s no blind firing in Remnant. You have to aim before you can shoot, and that means slowing down. Remnant’s melee-based enemies may also rush you while you’re distracted by lining up a shot.

I was frequently hit from behind as I focused on lining up a kill when I began playing, but after a few hours of failure I learned how to spot enemies and estimate how long I had to shoot before I needed to run away or change my position. 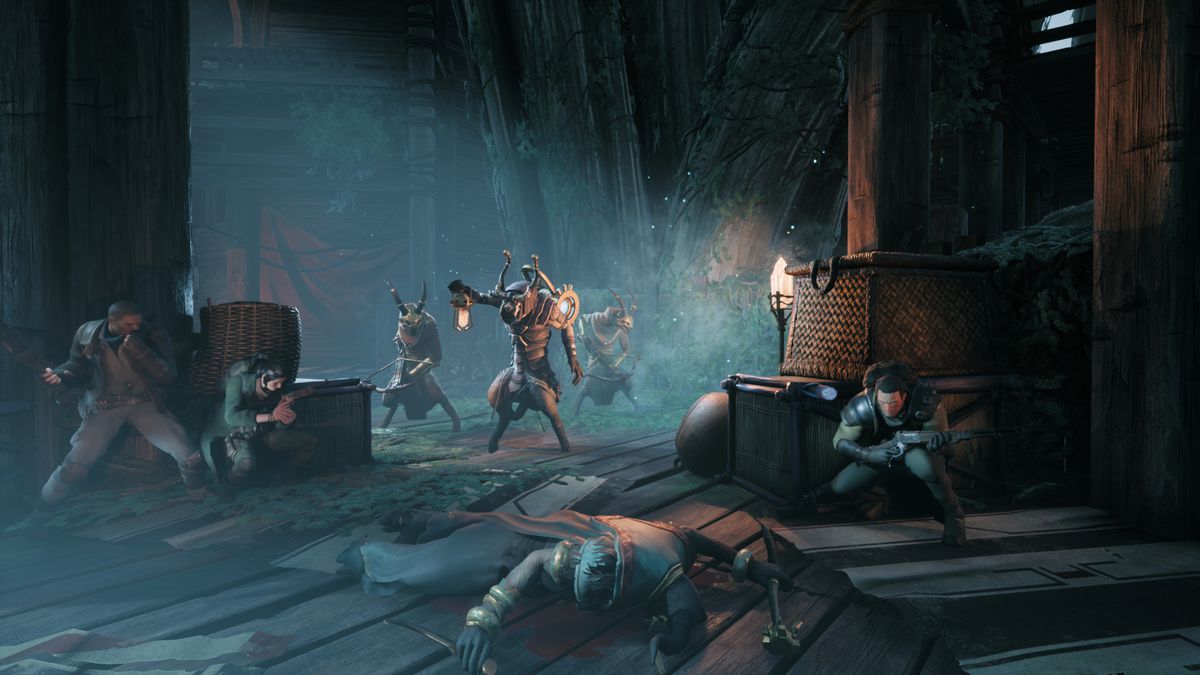 Every enemy operates in a set manner; learning those patterns, speeds, and attacks and using each one against your target is the only way to get ahead. This creates a pleasing rhythm: Study, learn, and then, finally, execute.

The game features a variety of guns, whether they’re rifles, shotguns, or automatic weapons, but you can only carry one long gun and one handgun at a time. These options function a little bit like light and heavy attacks from other games. The handguns are, mostly, snappy weapons that fire quick, low-damage shots. The long guns are usually more powerful, but take longer to fire and reload, putting you in more danger with their use.

Learning how to switch between your weapons effectively for different kinds of situations, and how to use your weapon mods is a big part of getting ahead. Weapon mods are special abilities earned from killing bosses or hidden around the environment, and they can heal you, let you see through walls, or summon an ally to assist you.

Making sure you’re carrying the right equipment, and knowing how to use it well, are two sides of the same coin. I’ve played for hours, and I’m still impressed when I find new ways to use my guns more effectively, or put together the perfect arsenal for a tricky situation. This is very much a thinking person’s shooter, where preparation and a slow but methodical approach will almost always beat pure reaction time.

And Remnant isn’t shy about throwing new ideas or themes at the player. I visited a post-apocalyptic Earth that has been taken over by plant life, as well as a desert planet and an alien civilization. Each one looks completely different, and brings in a new set of enemies that fight in new and interesting ways. It’s a visual feast, with art that matches the high quality of the combat itself.

But that variety doesn’t stop with the game’s basic enemies, the bosses are where Remnant really shines.

I’ve found 10 bosses so far, and each one felt like a unique and interesting battle. I may have had to master careful dodging with precise counter-attacks, or deal with a boss’ horde of minions, or simply run away until a monster got winded chasing me. Each boss requires a different approach that must be performed with the timing and precision of a dance. I felt accomplished after defeating each one, and I still believe there may be better ways of killing some of them, if I could find a more effective combination of weapons and strategies. 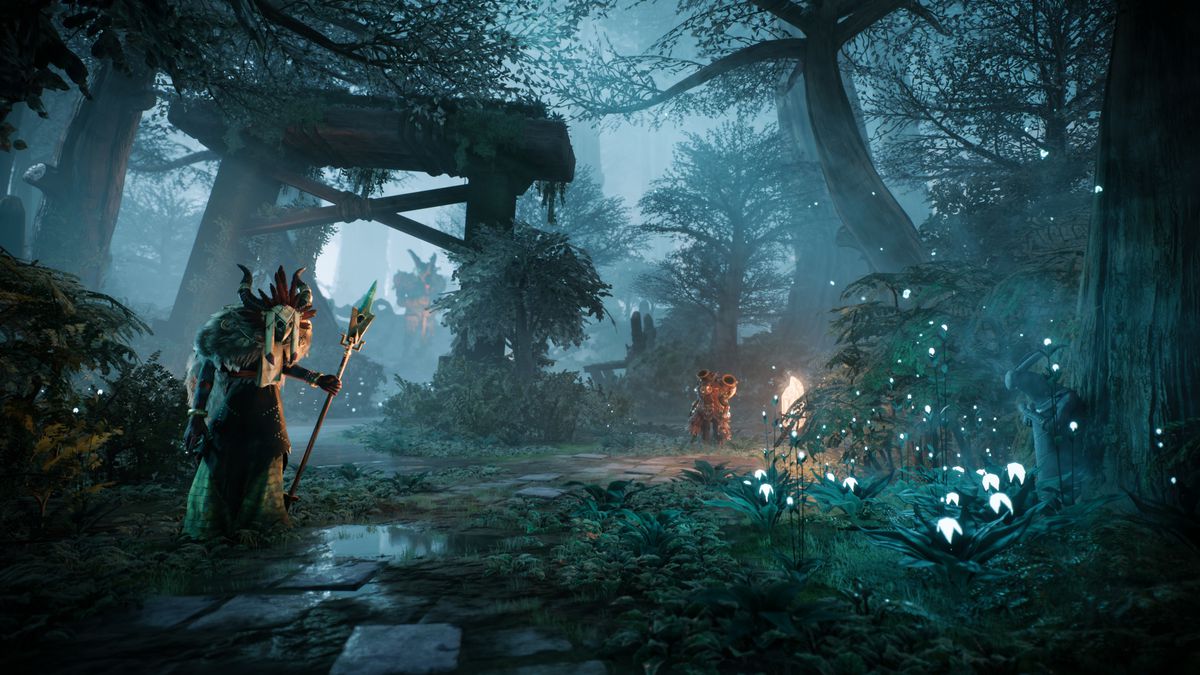 These bosses are even more fun to take on in Remnant’s co-operative multiplayer — which lets up to three players join one another’s games whenever they want, or even play through the entire campaign together. Taking on bosses in co-op added a whole new kind of strategy to each fight. Each new boss would require us to come up with a different strategy that might involve us each using different weapons, or even one player distracting the boss while the other players attacked.

What’s most impressive about the co-op, though, is that it doesn’t really take away from the game’s difficulty. These new strategies certainly helped make things a little easier, but each boss still offered plenty of challenges and often left us with just a sliver of health, or only one of us clinging to life and finishing off the boss alone.

Before I started Remnant, I was worried that its ranged combat wouldn’t provide the same kind of challenge or depth as other, more melee-focused, action games. But Remnant is still finding ways to surprise and challenge me, after I’ve put nearly 10 hours into the game, and each boss teaches me something new about the game and how to play it. I can’t wait to see what I’ll learn next, and what I’ll see — and kill — on the way.

Remnant: From the Ashes was on released Aug. 20 for PlayStation 4, Windows PC, and Xbox One. The game was reviewed on PS4 using a final “retail” code provided by Perfect World Entertainment. You can find additional information about Polygon’s ethics policy here.

Sony Invests $250M in Epic Games, Here's What it Could Mean for VR

PS Plus July 2020: Get 3 Free PS4 Games Now For 10th Anniversary Of PlayStation Plus
We and our partners use cookies on this site to improve our service, perform analytics, personalize advertising, measure advertising performance, and remember website preferences.Ok