In a blog post, Bungie announced that Destiny 2 patch 2.5.2.2 will solve major issues with some of the game’s activities — namely currently frustrating activities that do not dole enough enough rewards. The studio also detailed the updated Destiny schedule for the rest of August and September.

Reckoning and Gambit Prime weapons are getting a higher drop rate, and players will have bad-luck protection to ensure runs have appropriate drop rates. This should make going for your dream Spare Rations hand cannon a bit easier. The Reckoning is also getting easier, so random groups will have less trouble working together.

The Wendigo GL3 and Mountaintop grenade launcher quests will be re-tuned for accessibility, though Bungie did not share more specifics on what that means. Currently, the quests involve grinding specific types of kills with grenade launchers, and it’s a real pain.

Braytech Schematics — which players need to earn the Wayfarer title — won’t have a daily lockout anymore, and weapons that players don’t own are more likely to drop from Ana.

While the studio didn’t clarify how, the Menagerie’s end chest will become more rewarding. While the studio likely won’t restore the chest bug, this could make the activity worth running again. 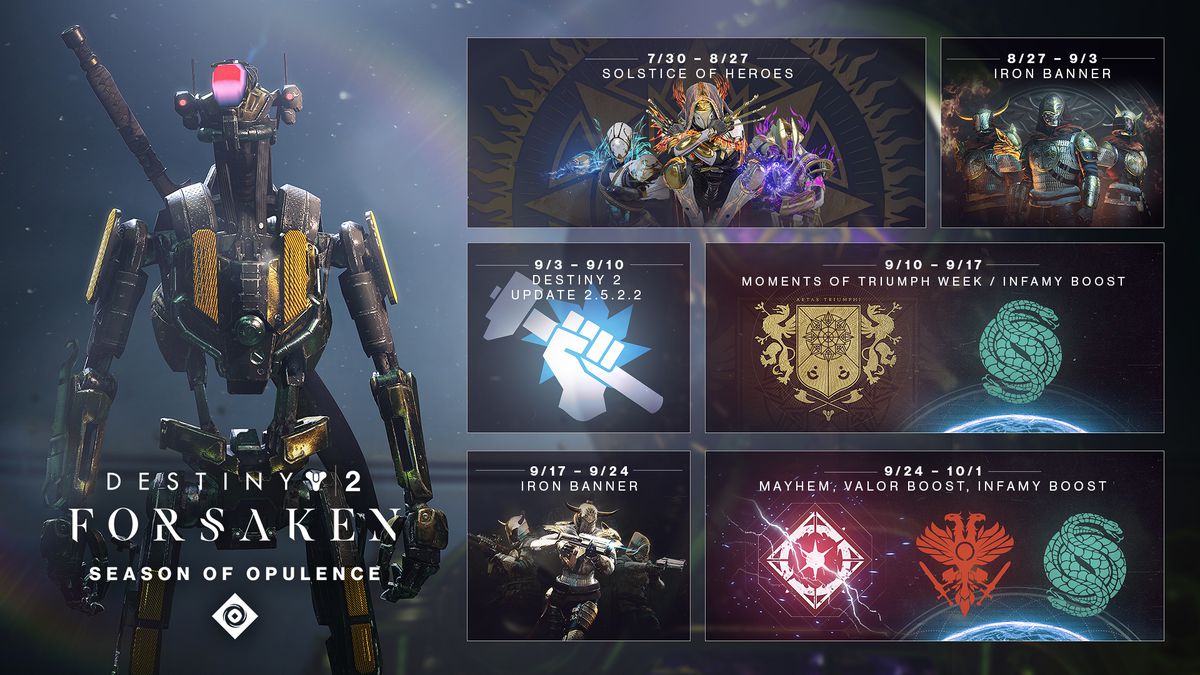 The studio also revealed a weekly calendar detailing Destiny 2’s activities for the next month. When Solstice of Heroes ends on Aug. 27, players basically have Iron Banner and various experience boost weeks to keep them occupied until the studio releases Shadowkeep on Oct. 1.