When creating a new video game, there are plenty of things for producers, directors, writers, artists, and designers to consider. Who are the characters? Where are they going? What are the rules of their universe? That’s a daunting enough challenge for any team, and it gets even harder when trying to carve out a memorable original story with over four decades of lore behind it.

That’s exactly what Respawn Entertainment has to contend with in making Star Wars Jedi: Fallen Order, which comes to consoles and PC on Nov. 15.

“Star Wars has an influence on everybody,” game director Stig Asmussen said in an interview with Polygon. The developers saw an opportunity in the underutilized time period between the end of Episode III and start of Episode IV and decided to own it, bringing in period-appropriate characters like The Clone Wars’ Saw Gerrera to support a mostly original cast of characters.

Set shortly after the events of Revenge of the Sith, Fallen Order brings a brand-new Star Wars story to life while building on — and remaining faithful to — the established canon. 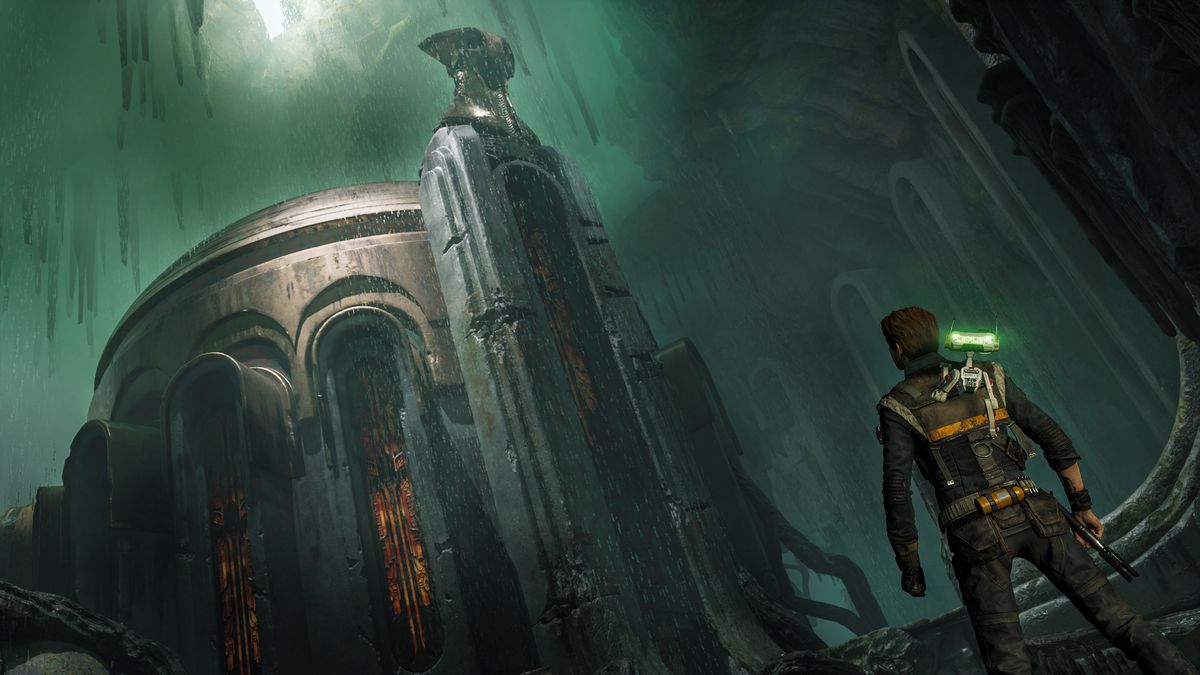 “We have to be aware of what happened before and after, and what we know that’s happening during this time period,” Asmussen explained, and “play nicely with that.”

If the early stages are any indication, Respawn is on the right path; during our three hours of hands-on time with Fallen Order, we felt right at home in that galaxy far, far away.

In Fallen Order, it’s been some time since the infamous Order 66 was executed at the end of Revenge of the Sith, though Asmussen wouldn’t specify exactly how long. Most of the Jedi have been purged, and the Force-sensitive beings still floating throughout the galaxy tend to keep their powers under wraps to avoid persecution. Fallen Order’s padawan protagonist Cal Kestis has abandoned his training, living a simple life as a scavenger until an accident puts his powers on display for the Empire to see. Now on the run, Cal finds himself working with some other rabble-rousers to loosen the Emperor’s death grip on the galaxy.

Jedi: Fallen Order’s gameplay is a mix of platforming, exploration, combat, and puzzle-solving, and we experienced all of these elements during a trip to the planet Zeffo, which has Cal following in the footsteps of a Jedi Master to find a valuable secret. (If that sounds vague, it’s supposed to be; Respawn requested that we keep more in-depth details about Cal’s journey under wraps to avoid spoilers.) The padawan is joined by an ex-Jedi named Cere, another survivor of the purge who’s cut herself off from the Force, and the four-limbed Greez, a grouchy Latero who captains the Mantis spacecraft. 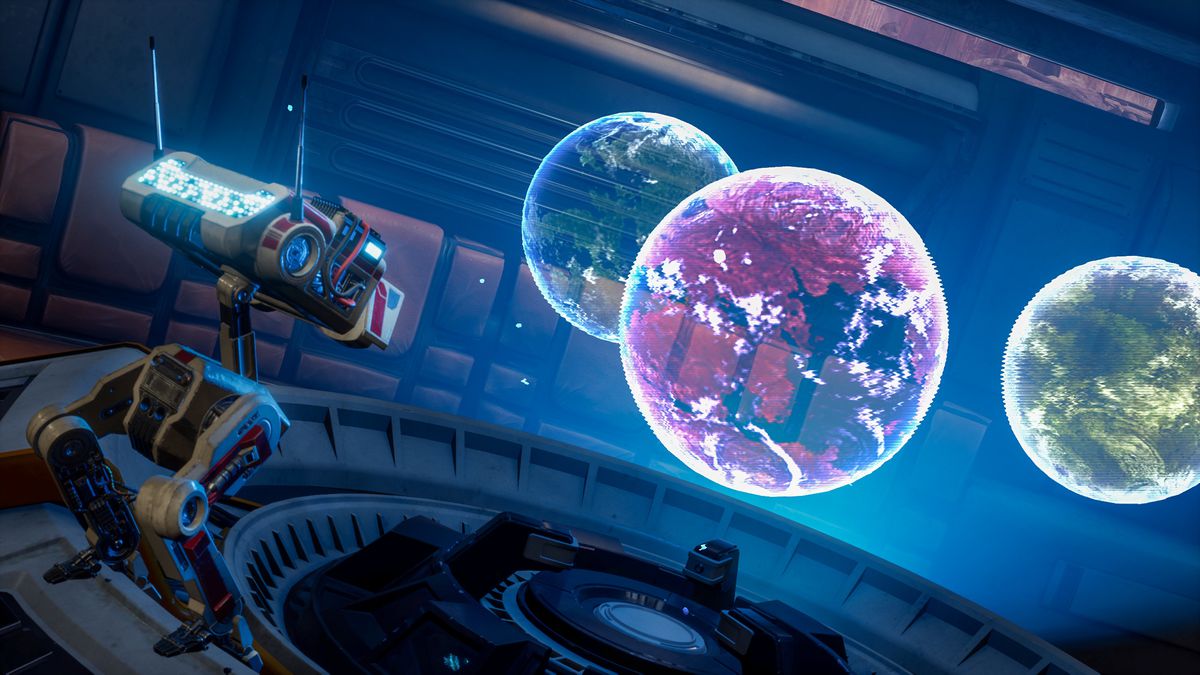 The Mantis serves as a home base of sorts; it’s no Millennium Falcon, but it’s charming enough. From there, you can pick a new destination from the holomap, talk to your teammates, or customize your lightsaber, provided you’ve got the spare parts. According to Asmussen, the “many, many different combinations” of interchangeable lightsaber parts are cosmetic, giving players a way to inject some individuality into Cal’s character.

When it came time to choose a destination, there were a few planets available on the holomap, but Respawn advised players to choose the easier location this early in the game. So we eschewed the swamps of Dathomir for the windswept Zeffo, where we guided Cal through an abandoned village, mountainous ruins, and a long-forgotten underground tomb. Throughout the journey, we got a glimpse of the Empire’s effect on the local population: Villagers were forced out, their former dwellings crawling with stormtroopers and dangerous local fauna.

As a fugitive, Cal is forced to fight whenever he comes face-to-face with the Empire’s minions. True to canon, a Jedi can’t simply rush into combat like a smuggler on a Death Star; Cal must approach carefully, utilizing blocking and dodging along with lightsaber slashes. If you’re not careful, you might be quickly overwhelmed, which is especially dangerous without the forgiving automatic saves utilized by most modern games.

“Going into fights, we want the player to approach them like a Jedi or training Jedi would,” Asmussen explained. “You think about each fight because there are consequences if you don’t make it through.” To reflect the careful, contemplative Jedi nature, Fallen Order uses a series of meditation points, at which Cal can rest, use skill points to unlock more abilities, and save his progress. These points are fairly common, but it’s still possible to lose a good chunk of progress if you rush into fights headlong and die. 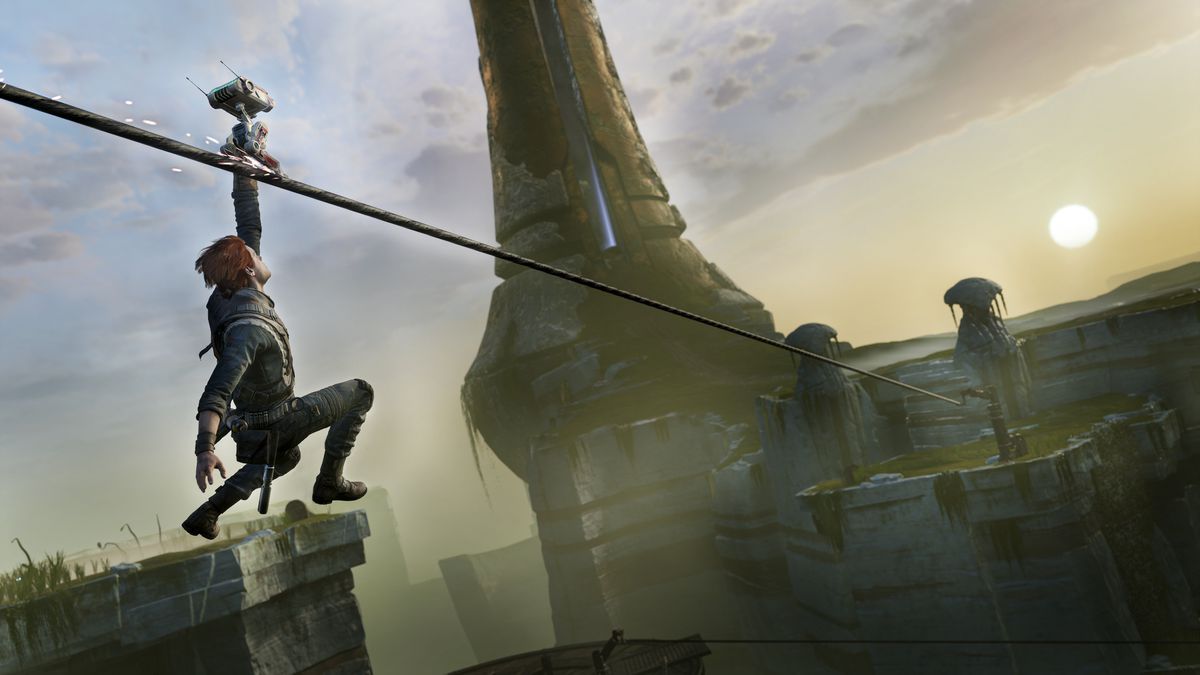 Combat in Fallen Order walks that fine line between satisfying and frustrating, though I couldn’t help but crack a grin every time I deflected a blaster bolt back at the stormtrooper who fired it. Pulling off perfectly timed blocks is tough, and in many cases I found myself stuck in a pattern of attacking and dodging. Once Cal’s Force Push ability was available, that added another layer to combat that made it a lot more fun, so I’m hoping that pattern continues as the game progresses.

Platforming is also not quite as fluid as I’d like; it feels good to successfully pull off a series of well-timed jumps and wall runs, but it’s easy to mistime a leap or misjudge the distance between two cliffs. A few ungraceful plummets taught me to be more careful, as is the Jedi way, but it’d be nice if Cal could stay facing the right direction when jumping from one obstacle to the next. For example, a few segments had Cal shooting down an icy slope before being thrust off the edge in the general direction of a conveniently placed rope or ledge, but it’s easy to miss the next platform if you’re not perfectly positioned. Thankfully, falling to your death doesn’t carry the same penalty as dying in battle does, so you won’t lose progress if you get a little clumsy.

Puzzle-solving elements offered a nice change of pace, a breather between intense rounds of combat and exploration. I did get a bit of a Tomb Raider vibe — particularly since these puzzles took place in an actual tomb — but Lara Croft never used the Force to push heavy metal balls through crumbling walls onto weight-sensitive platforms.

Each planet has its own treasures and secrets to uncover, so I took my time on Zeffo rather than rushing back to the Mantis once I’d solved the mysteries of the tomb. Cal has the unusual ability to “sense echoes,” which is sort of like living through someone else’s memories. By examining objects left behind, Cal is able to get a sense of what some of the villagers went through, and I loved uncovering these hidden story moments. Adorable droid sidekick BD-1 also scans noteworthy items, like local creatures, types of stormtroopers, and other galactic trivia. There were a lot of these great bits of lore throughout the demo, and had I had more time, I would have pored over every single one of them to assess where it fits in the greater Star Wars canon. 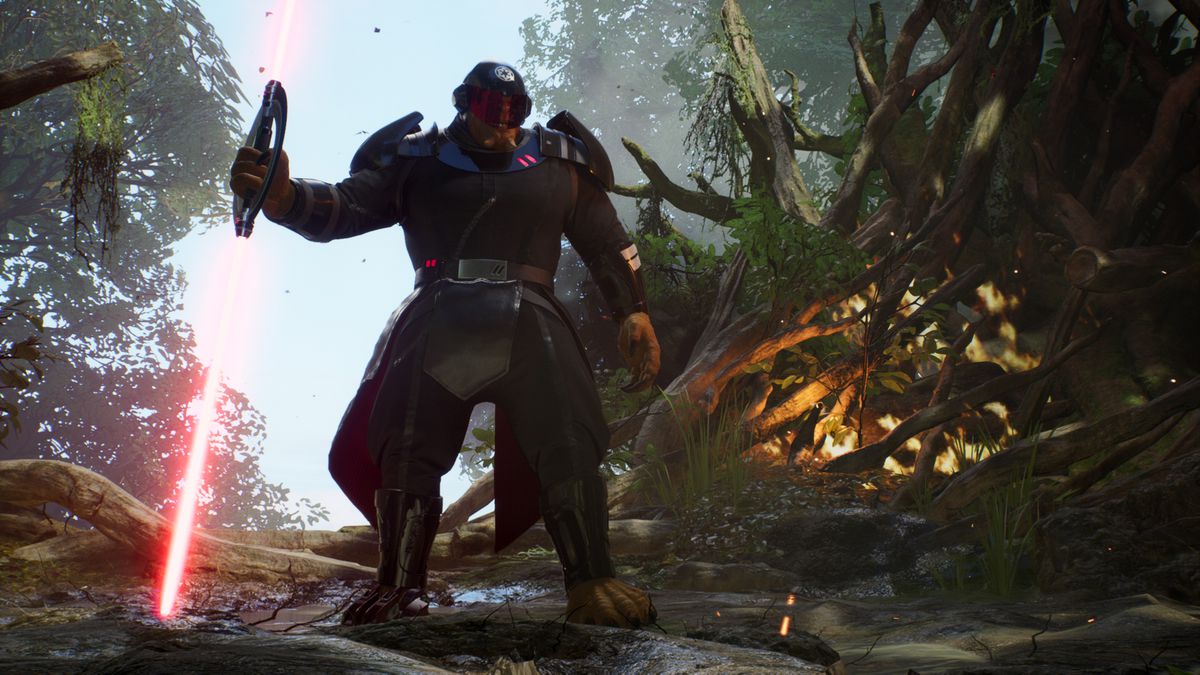 It’s weird to say that three hours doesn’t feel like enough time for a demo, but even after an entire morning playing Fallen Order, I hadn’t seen everything available to me. I couldn’t really get a handle on the scope of the game, especially since Asmussen won’t even reveal how many planets there are to visit, but I’m intrigued by Cal’s tale and ready to know more.

While it can’t have been easy to create a worthwhile story in the established Star Wars canon, Asmussen said he couldn’t “put a price tag” on the experience.

“It’s something that I’ll never take for granted,” he told us.

As a Star Wars story, Fallen Order shows great promise, successfully building on the existing lore while carving out its own place in the galaxy.