Tom Clancy’s The Division 2 is a remarkably dense game. I spent 50 hours on the main campaign, and felt like I could have spent much more exploring all the nooks and crannies before the start of its endgame. But inside Ubisoft’s realistic interpretation of Washington are a handful of secret missions. One in particular is giving the community fits.

[Warning: The following contains spoilers for Tom Clancy’s The Division 2.]

In Washington, all roads lead to the White House, the seat of our nation’s Executive branch. Literally; the city’s main arterial roads terminate at that building. In The Division 2, that means at times the map feels a bit like a big circle. Players start out in the center, before being pushed out into the 2 o’clock position to go exploring. By the time you’ve reached 7 o’clock on the dial, you’re in some pretty serious engagements with the Outcasts, a faction with an unsettling backstory and a penchant for fighting firearms with actual fire.

It’s that area of the map, called Foggy Bottom, where I found myself late one night. Pressed between 23rd St. NW and the Potomac Freeway is a tiny drive that winds its way uphill to the northwest. Once I reached the top I found an open door and, inside, an entrance to the city’s underground. 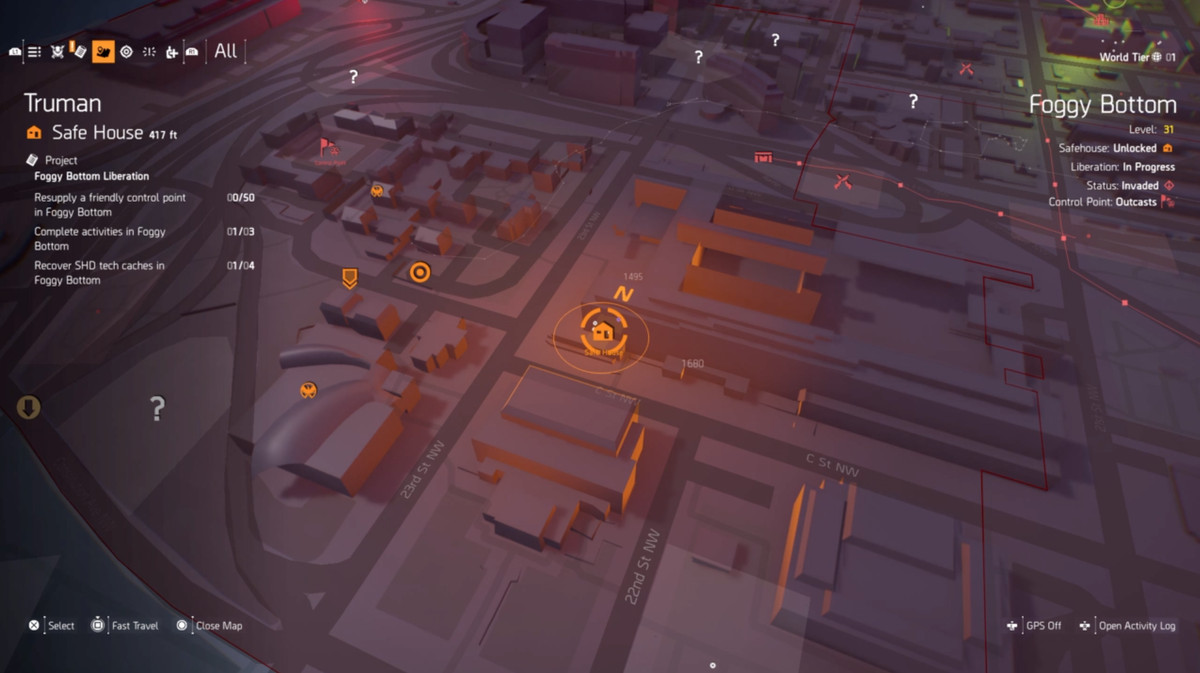 You can find the Navy Hill Transmission secret mission at the orange circle on the left side of this map, between the Truman safe house and the Navy Hill control point.
Massive Entertainment/Ubisoft via Polygon

I’m in love with the tunnels that Ubisoft has built into the guts of the capital, mostly for the weirdly silent faction that lurks there, waiting to ambush unwary agents. But, rather than a miles-long stretch of damp tubes, this bit is only a few meters long. Inside is a non-player character named Jane Applegate.

The way she talks sounds like we’ve met each other before. Apropos of nothing, Applegate assigns me to run down a weird radio transmission emanating from Navy Hill nearby. Sure enough, a tiny blue pentagon appears on my map.

The secret mission itself is short, incredibly thematic, and a genuine delight. I won’t spoil it here, but suffice it to say that it includes assets and in-game resources that I haven’t seen used anywhere else in the game. If you can get yourself there in one piece, it’s worth the visit.

But, once I completed it, there’s a second mission that opens up. And it’s that mission that has players confused.

Once you’ve completed running down the Navy Hill transmission, another secret mission appears on the map just a little ways to the north. It’s called the G. Phillips Protocol and, unlike every other mission marker in the game, it’s marked with a little blue icon shaped like a winged sword.

Once you arrive, there’s a long hallway and then a stairway leading down into a modern-day unfinished basement.

Then the icon disappears. That’s it. The mission ends.

Over on Reddit, players have been beating their heads against this cryptic outcome for weeks now without much luck. Why would the developers put such an unusual icon into the game if there wasn’t more to this particular quest than an empty basement?

Conjecture on the thread begins with Navy Hill Transmission, which leads players into an abandoned bunker thought to belong to the Office of Strategic Services, also known as the OSS. Inside is a replica of the Resolute desk, a gift to President Rutherford B. Hayes from Great Britain’s Queen Victoria. There’s also a few maps of D.C., one described as being dated to 1945 and the other, visible on one wall, dating to 1909.

The G. Phillips Protocol mission that follows also has ties to Great Britain. That weird map marker of a winged sword is a dead ringer for the logo of the Special Air Service (SAS), Britain’s homegrown special forces. Meanwhile another British group, known as the Special Operations Executive (SOE), would help inspire the creation of the OSS and the modern Central Intelligence Agency. 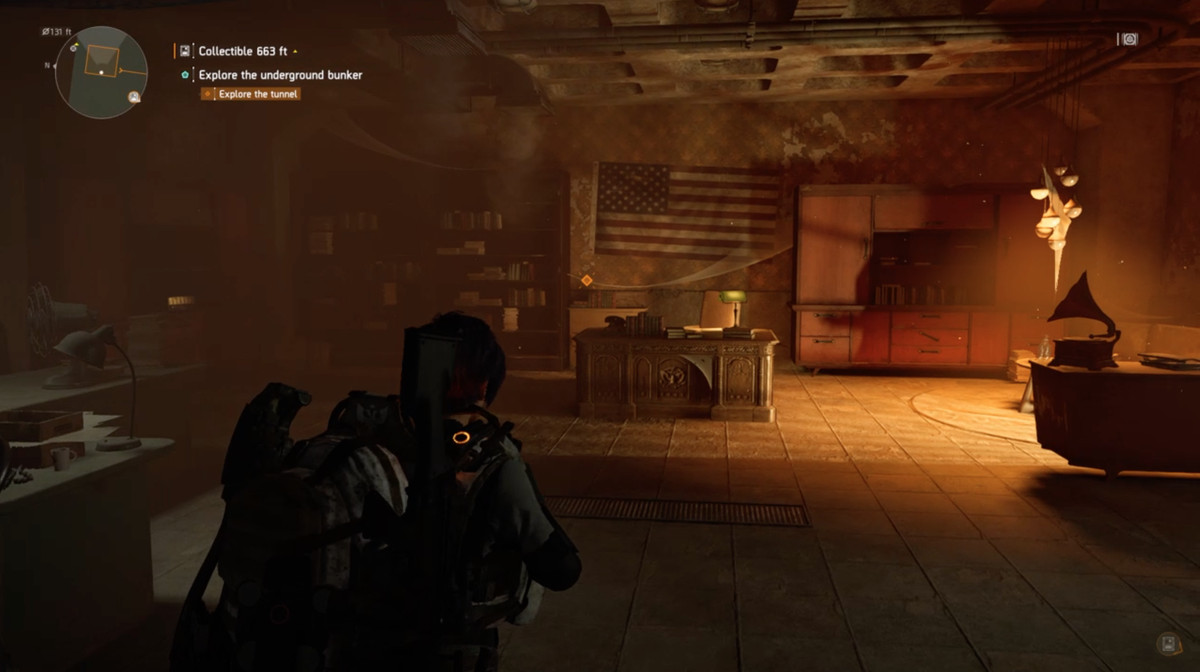 A replica of the Resolute desk. The original is found inside the Oval Office.
Massive Entertainment/Ubisoft via Polygon

G. Phillips may be a reference to George Phillips, a United States Marine who was posthumously awarded the Medal of Honor for jumping on a grenade during the Battle of Iwo Jima. But what that has to do with the OSS, the SAS, and an unfinished basement near the White House is anyone’s guess.

The Division 2 is filled with other secret missions, including elaborate cyphers that lead to high-level encounters with a faction called the Hunters. But so far, none of the tricks — shooting windows, saluting at certain locations — have worked to solve the mystery of the G. Phillips Protocol. Groups of agents have even tried jumping on their own grenades. Some think that the mission might simply be bugged, that something else is supposed to happen in that otherwise anonymous basement. Others aren’t sure what to think.

While the plotline of The Division 2 is a bit threadbare and cyclical, the gameplay and the mission design are extremely interesting. Secret missions like this prove that the game has yet to give up all of its secrets.

It’s also a rare instance in a AAA title where just about anyone can get involved in the hunt for a solution.

If your character is in the high teens or low 20s, level-wise, it’s pretty easy to make your way to the Truman safe house and get involved in solving the mystery. You’ll even get a unique outfit for your trouble. Trust that I’ll be keeping a close eye on this particular mission, and will update this story if a solution is found.