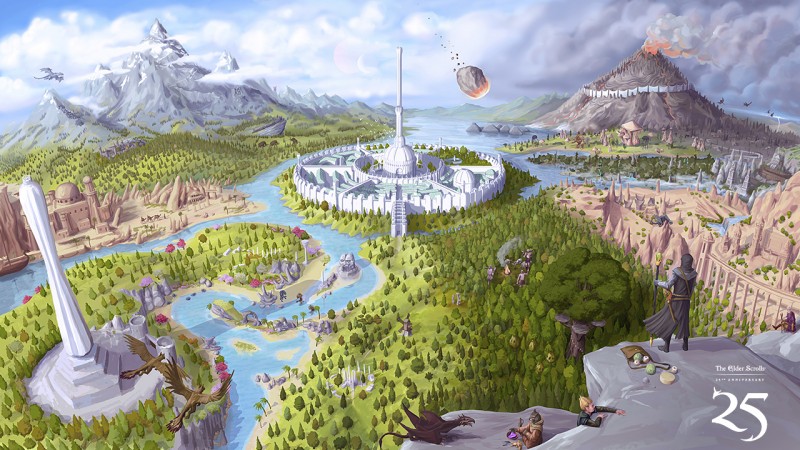 This month marks 25 years since the birth of Bethesda’s massively popular Elder Scrolls series, which began with The Elder Scrolls: Arena in 1994. To celebrate, the studio is giving away free copies of The Elder Scrolls III: Morrowind to PC players, but only today.

Bethesda recognizes this milestone with several other freebies: The Elder Scrolls Online will be free to play across all platforms from March 28 through April 4, and to tease its Elsweyr expansion, Bethesda is letting players try the DLC’s prologue quest for free, beginning March 25.

Bethesda recently announced its plans for E3, where we suspect we might learn new information about its mysterious project Starfield. We predict we’ll hear more about The Elder Scrolls: Blades, the company’s stab at bringing its tentpole series to mobile, which was delayed to sometime this year.