Good news, for those squinting at the text in The Outer Worlds: Obsidian Entertainment released an update to its role-playing game that directly addresses that issue, plus other problems that some players had spotted since the game launched last month.

Patch 1.1.1.0 for The Outer Worlds adds a toggle to increase font size in conversation text, cinematic subtitles, bark subtitles, and terminal text, according to patch notes published on the Obsidian forums.

The typeface for dialogue and subtitles has been called out by many players as way too small since day one. Here’s a good example: 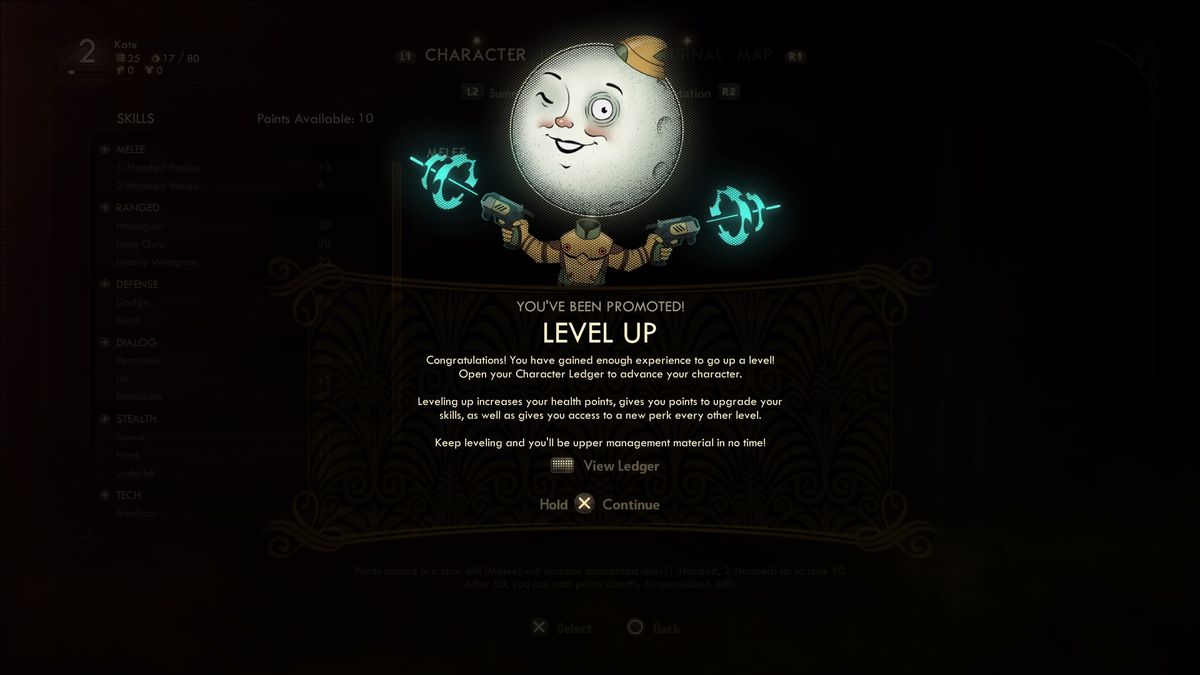 The patch will increase the text size as well as resolve glitches that crashed the game while in Tartarus, prevented players from finishing the “Radio Free Monarch” mission, and didn’t unlock a trophy/achievement (“Not the Best Choice”).

Patch 1.1.1.0 should also clear up a muffled sound effects issue on the PlayStation 4, and a problem where companions would die, causing a companion quest failure in modes other than Supernova.

“We are continually reviewing and working on items that you are sharing with us,” the developers say. “We will continue to work on updates and patches to see how we can make your gaming experience the best it can possibly be.” Those who still spot unresolved issues are invited to check this thread on The Outer Worlds forums, and if no player has mentioned it there, open a support ticket with publisher Private Division.

The Outer Worlds launched Oct. 25 on PlayStation 4, Windows PC and Xbox One, and Obsidian said earlier this month that it’ll be coming to Nintendo Switch early next year.

Full patch notes are below.