Warframe players can start work on their flyable, fightable spaceships with the game’s Rising Tide update, available now on PC. They just can’t start, like, flying them until Warframe’s Empyrean expansion arrives, which is looking like early next year.

Inside Empyrean, Warframe’s most ambitious expansion yet

First, players must construct a Dry Dock to build the mighty Railjack, the vessel revealed back at TennoCon 2018. Working alone or co-operatively, they’ll go through two new missions to acquire the blueprints and six Railjack components needed to build the thing. Upon completion, players will find that they need additional components to start the engines and fly it; those will be provided later — i.e. when Empyrean launches.

The update also introduces four new resources to help with ship construction, and players may start collecting them now. Once Empyrean launches, players may use these resources to fit their Railjack with different weapons and upgrades.

How to get into Warframe

There are more, non-Railjack related additions, changes and fixes in title update 26.1. The Orbiter — the main hub that players may customize — is getting a visual overhaul for starters. Digital Extremes says this might throw off some decorations players hung in the earlier version, but players may reposition them individually, or with a new reset option coming in the update. The visual remake for the Orbiter adds new viewing ports and different lighting: 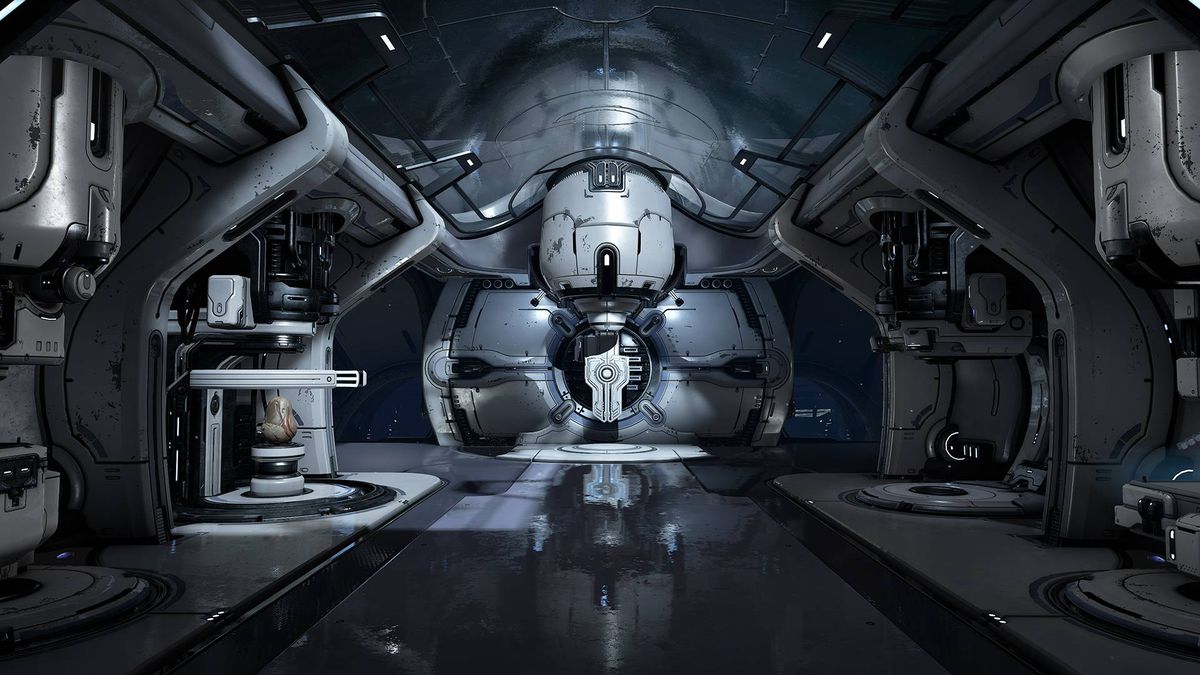 Warframe, a free-to-play third-person shooter, has been out since 2013 and has assembled an audience large enough to give the game its own fan expo. The game is available for PlayStation 4, Nintendo Switch, Windows PC and Xbox One. If you’re new to it and want to know what the hubbub is about, we have a beginner’s guide explaining the game’s basics, its broader canon, and what you can expect to do in a routine day of playing it.