The digital version of the classic Necromunda tabletop miniatures setting now has a release window. Developers at Rogue Factor tell Polygon that Necromunda: Underhive Wars is due out this summer for both PC and consoles. It will launch with three playable factions, several multiplayer modes, and a 15-mission campaign written by the setting’s original creator — author and game designer Andy Chambers. The announcement includes a new teaser trailer, which we’ve embedded above.

The Necromunda setting is a spin-off of Games Workshop’s popular Warhammer 40,000 universe. It tells the story of that world’s impoverished working class, who are left to fight over scraps deep beneath massive hive cities. First released in 1995, the setting was rebooted in 2017 with a new boxed set called Necromunda: Underhive.

Rogue Factor initially unveiled its digital version of the Necromunda setting several years ago, including an elaborate alpha shown at E3 in 2018. At the time, Necromunda: Underhive Wars featured a hybrid of real-time and turn-based action. The focus is now strictly on turn-based mechanics.

“We are huge fans of Warhammer,” Rogue Factor’s general manager Yves Bordeleau told Polygon. “The license, for us, it’s gold. We want to treat it with respect and we want it to be great. Basically, that’s what we’ve done. We decided to just take a little bit of step back, do a little bit of housecleaning, and then, push full force.”

The game’s single-player campaign will ask players to take on the role of three different factions from the Necromunda universe. They include the all-female House Escher, the hulking brutes of House Goliath, and the miners of House Orlock. More factions will be released over time. Rogue Factor says the base game will include around an hour of narrative cutscenes.

Alongside the campaign, players will also have the opportunity to create their own gang of fighters and embark on missions against the AI and other players online. Multiplayer will allow for massive four-player battles, and also include a cooperative mode.

Necromunda: Underhive Wars was inspired by the tabletop game, but developers stressed during our interview that it’s not a direct port. Nor is it a reskin of Rogue Factor’s previous game, an adaptation of another Games Workshop license called Mordheim: City of the Damned.

The final product will be a class-based game, including specialties for melee, long-range sniping and scouting, and heavy weapons. There will also be a saboteur class and an engineering class. Just as in the tabletop game, players will have the option to change the appearance of their fighters with tons of cosmetic items. There will also be an elaborate gear system, including many different kinds of weapons, equipment, and three different types of armor.

Just like the original tabletop game, however, environments will emphasize verticality. The game will launch with 26 maps in all, each of them hand-made by the design team.

“Necromunda is humongous,” said game director Bruno Parenteau. “That was a key part of getting the stage right; giving you the feeling that you’re in something so incredibly gigantic. But I think we nailed it.”

Rogue Factor said the final game will cost $39.99. Expect more information to roll out ahead of the launch this summer. 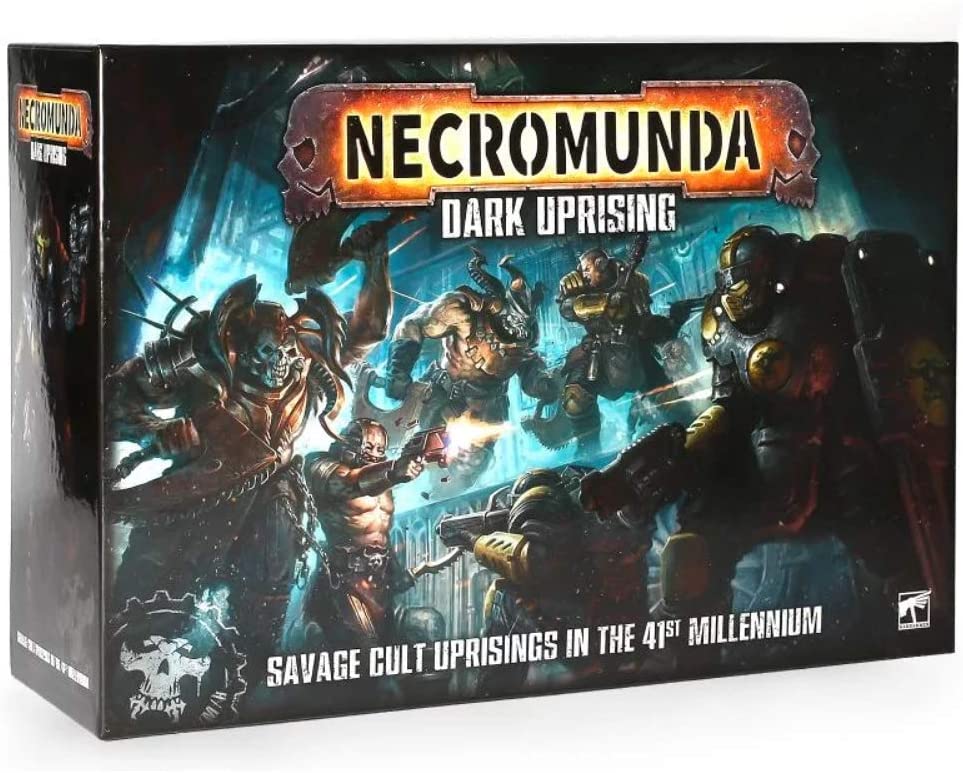