Andreslamantis, a 36-year-old from Argentina, knew that Fallout 76 players were known for being helpful, as many take it upon themselves to be the NPCs of the wasteland. But how far would a player go to help a fellow comrade out? Andreslamantis tested this out with a special build where he could not meaningfully craft, mod, or scavenge — all he could do was rely on other players.

He was, in short, role-playing as a beggar, tattered clothes and all. Andreslamantis set up shop in Flatwoods, where both low-level players and veterans like to congregate. Here, he lies down on an empty mattress and waits for people to come by. He has put up a “Free Hugs” sign by his humble abode, in the hopes of drawing attention to his self-imposed situation. 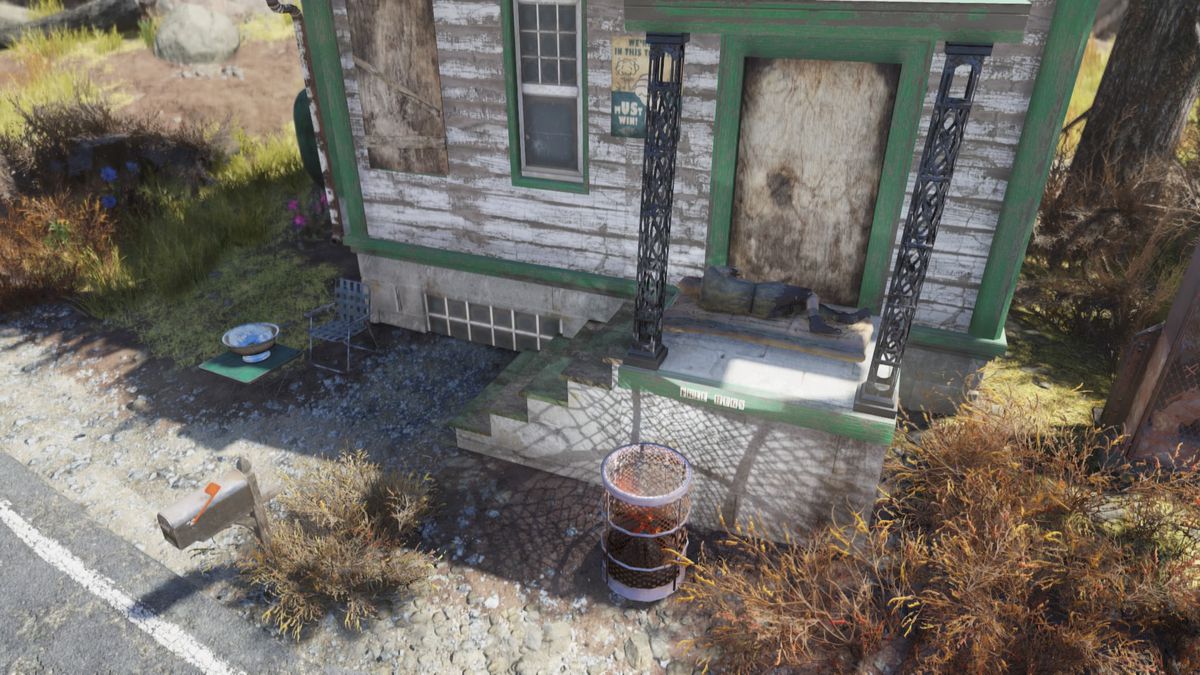 In the world of Fallout, beggars are extremely common, as post-apocalyptic conditions are harsh and not everyone has the means to live it up in a vault. Fallout 3, for example, has characters who will ask for purified water, which is somewhat of a rare commodity. If you gift them some water, you’ll gain karma, but if you deny them, they’ll die. In Fallout 76, which has no NPCs, poverty is a rare sight — after all, most players will go out into the world and get what they need by force. So seeing a player affect poor conditions has proven to be a startling sight for some fans.

One player, Andreslamantis recalls, stopped by and asked how he could help. Perhaps he could use some armor, or some guns? With an emote, Andreslamantis asked for a weapon, and the player went on to furnish a custom shotgun just for him.

Others strive to be helpful, but can be a little rude about it. “It makes me uncomfortable to see your bald head,” one wastelander said, before giving Andreslamantis a knit gray cap. Another player took offense to Andreslamantis’ attire, and told him to “put some clothes on” before giving him a Confederate outfit. Hours later, that same player came back to check on Andreslamantis to make sure he was OK. Unlike most Fallout 76 players, Andreslamantis largely stays in the same spot.

Andreslamantis likes to play up the drama with his role-playing. Sometimes, he uses an emote to make his character pretend to vomit in the rain, all in the hopes of getting some sympathy from other players. It works, too: The player who gave him an outfit also offered him some building materials. ”Build yourself a decent home,” the concerned player said.

The digital beggar does make use of what people give him — right now, he’s made the smallest wooden shack available in the game.

Not everyone has been nice to Andreslamantis, though. He claims that at least one player came up to him while he was sleeping to try to beat him up. He ran away, only to come back to a broken generator. But that’s OK; he was planning on dismantling his home base anyway.

“I will tear [my shack] apart in a week, and I’ll pretend it was destroyed by a storm,” he said.