Control, the latest action-adventure game from the Max Payne developer, Remedy Entertainment, will be released on Aug. 27. The new game, announced during Sony’s 2018 E3 presentation, follows a woman with supernatural abilities and a shape-shifting gun, in search of her brother who was kidnapped by a secretive government organization.

Control will launch on PlayStation 4, Xbox One, and Windows PC. A Deluxe Edition with extra DLC and collectibles is available as well. Remedy is also offering some incentives to pre-order the game. Below, we break down what’s included in each edition, along with pre-order bonuses and exclusives. 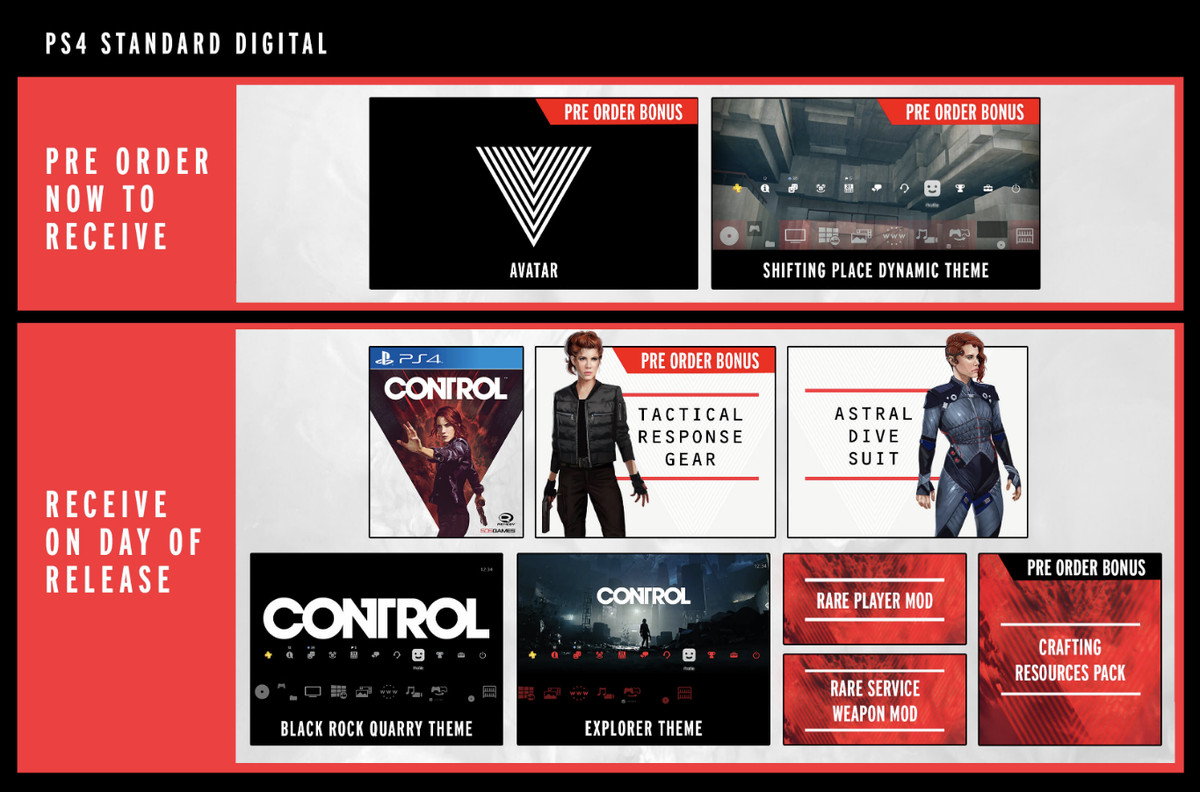 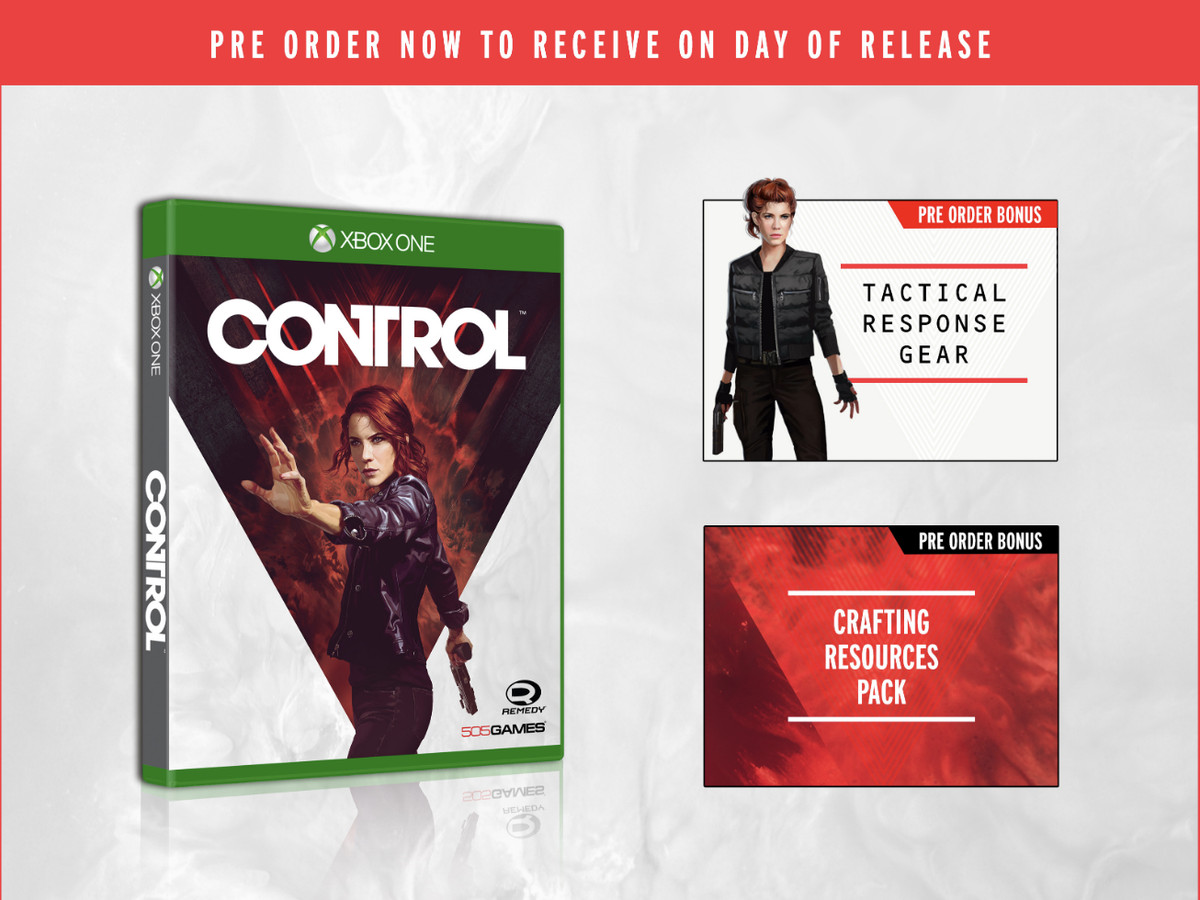 The Standard Edition costs $59.99 and includes just the base game, along with any eligible pre-order bonuses. It’s also worth noting that the PC version of Control is a timed Epic Games Store exclusive; It will be available on Steam starting August 27, 2020. 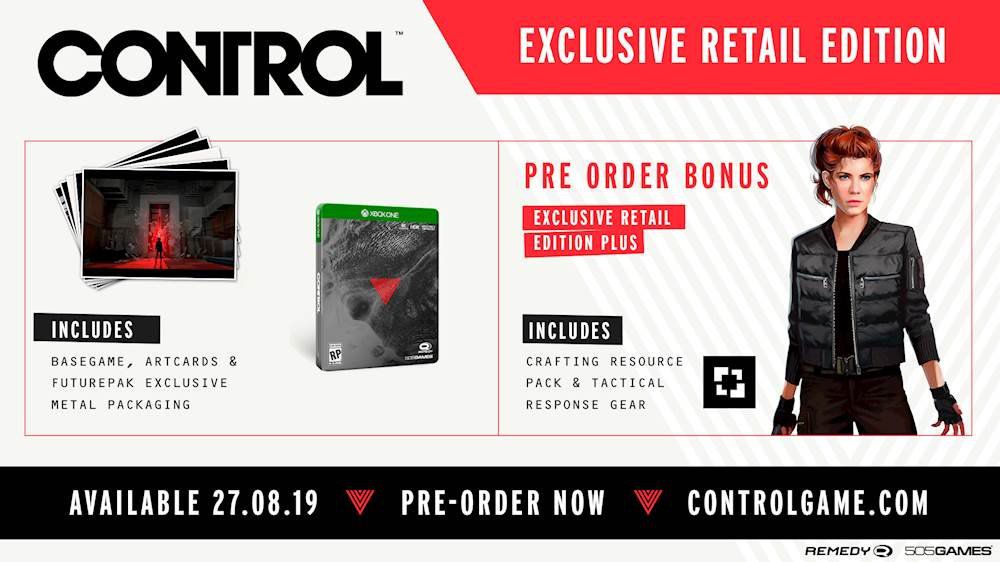 The physical Control Deluxe Edition is a Best Buy exclusive. At $69.99, it comes packaged in a steelbook case, and includes a pack of collectible Control art cards. There are no in-game bonuses with Best Buy’s Deluxe Edition other than the pre-order bonuses available on each platform. 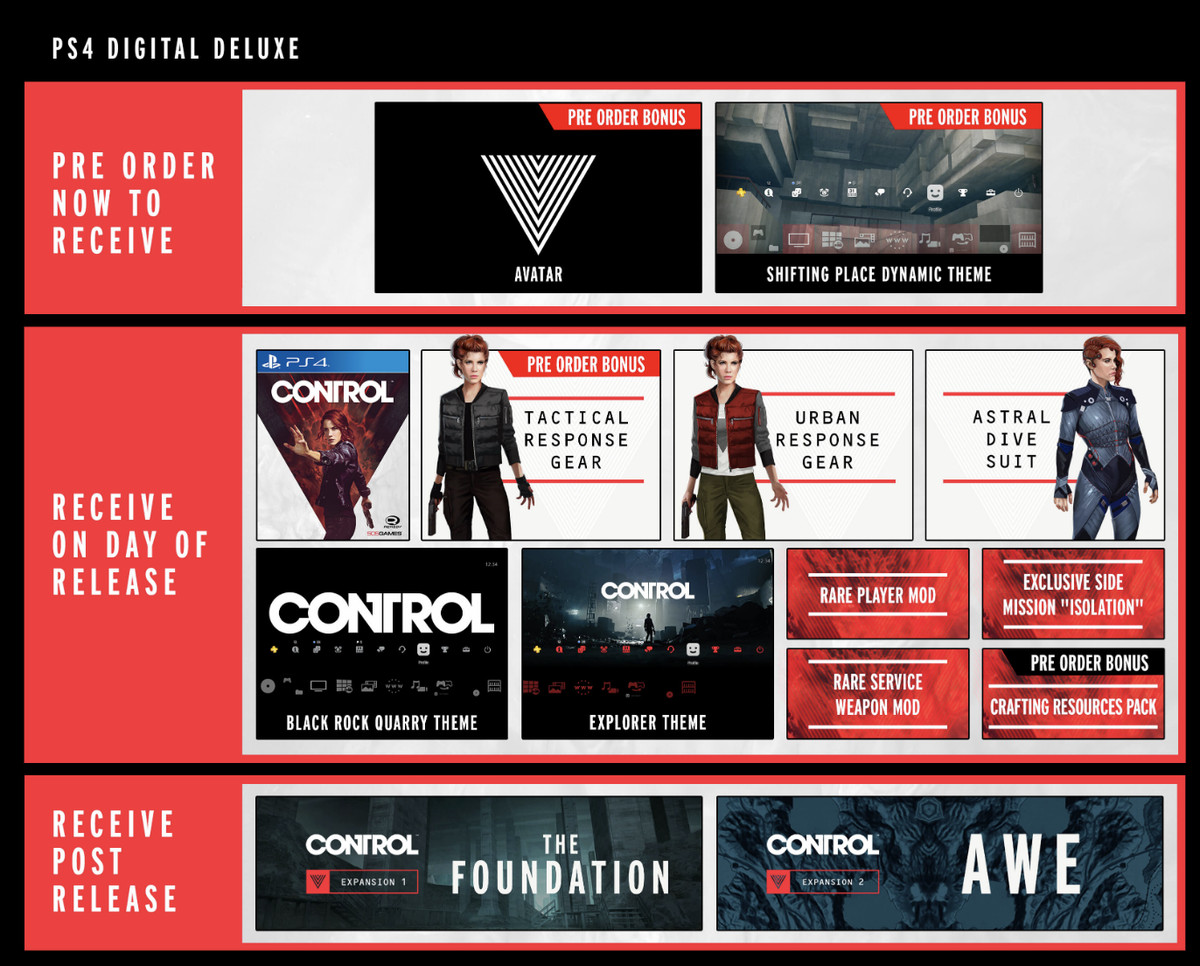 Only available on PlayStation 4, the Digital Deluxe Edition includes an extra DLC pack with an exclusive side mission, “Isolation.” Post-launch, you’ll also receive the first two expansions, “The Foundation” and “Awe.” And of course pre-orders will include the PS4 exclusive pre-order bonuses.

The PlayStation 4 Digital Deluxe Edition costs $79.99, but PlayStation Plus members can pick it up for $71.99.

Get it on PS4 here: PlayStation Store