If you’re looking to get back into The Witcher 3, then these are the mods to help you get the most out of your replay.

In case you haven’t heard, The Witcher is now a Netflix series that’s airing now on the streaming platform. Its popularity has also had an effect on The Witcher 3, causing a huge spike in players on Steam. Over 50,000 players jumped back into Witcher 3 after the show’s release, catapulting this four-year-old game back onto the Steam charts.

While there are almost certainly many players that are only now just finishing their first playthroughs, many more have likely beaten the game and all of its DLC packs multiple times. If the Netflix Witcher series has convinced you to take up the role of Geralt of Rivia once more, you might get more mileage out of your old game with a few interesting mods.

Here’s our recommendations for the best five mods to make your replay of Witcher 3 a memorable one. 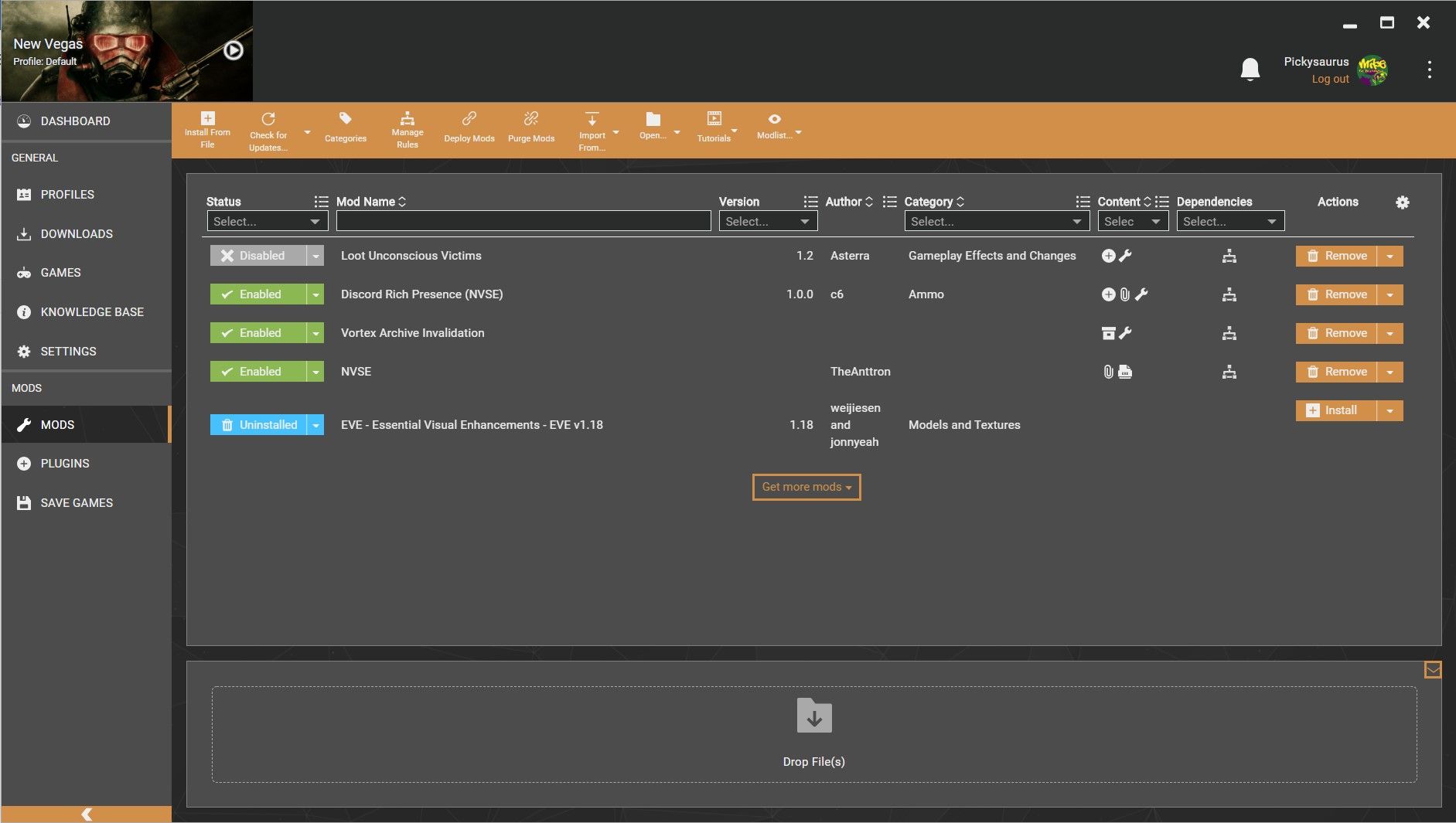 Before we get to downloading mods, it’s best you first download these mod utilities. The most important of which is the debug console enabler. Not every mod will require you to use the debug console, but a lot of them do, so you’ll need to have it enabled before you can get to that sweet mod goodness.

Next, you’ll want to install the Nexus Mod Manager (now known as Vortex). Nexus Mods has the largest repository of game mods anywhere, and the mod manager helps to make installation a breeze.

Finally, if you play with a lot of mods, the Script Merger Utility can help resolve any conflicts that arise with various mods. It won’t make incompatible mods play nice (and you should always read the mod notes to see if a particular mod is incompatible with any other mod), but it can if things go wonky after installing a dozen mods.

RELATED: The Biggest Changes Netflix Made To The Witcher

HD Reworked offers a graphical overhaul of Witcher 3 that redoes all the models and textures. Everything just looks so much better with this mod installed. Obviously, if your computer is already chugging hard to run Witcher 3 on low-graphics, then this mod won’t really work for you, but if you’ve got a beefy system and want Witcher 3 to look like modern games, then this mod will help get you there. 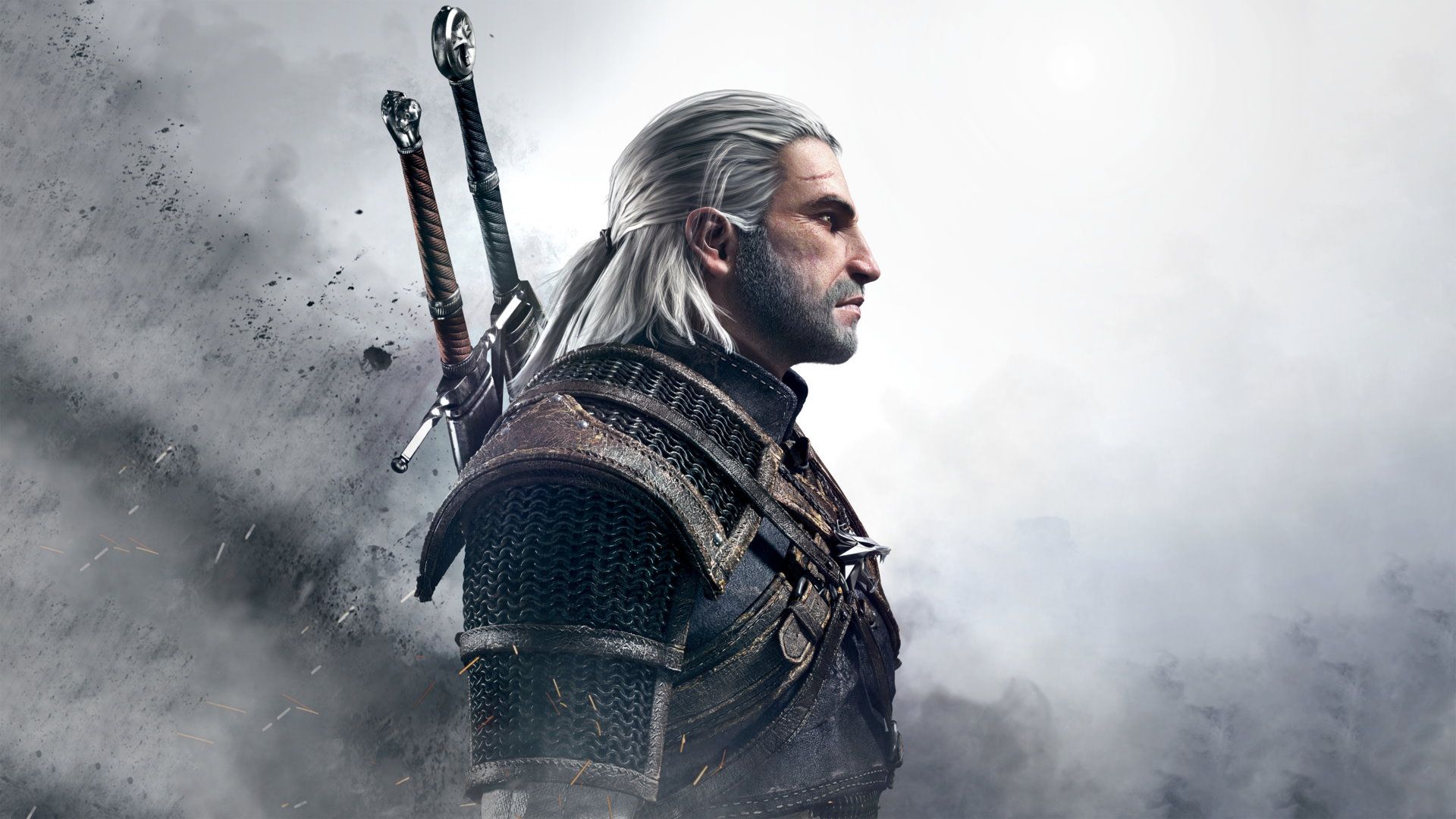 We talked about this mod in a previous article as the best way to get the most out of a new Witcher playthrough. Witcher 3 – Redux changes a lot of things about the game, but mostly it alters combat, magic signs, and alchemy.

Magic sign damage has been buffed across the board so that it scales better into the late game, and alchemy has also been reworked to be more useful against specific enemies.

Other changes include slower weapon degradation, food that doesn’t heal you immediately, and more. If you want The Witcher 3 to feel like a new game, then Witcher 3 – Redux is the mod for you.

3. All Quest Objectives On The Map 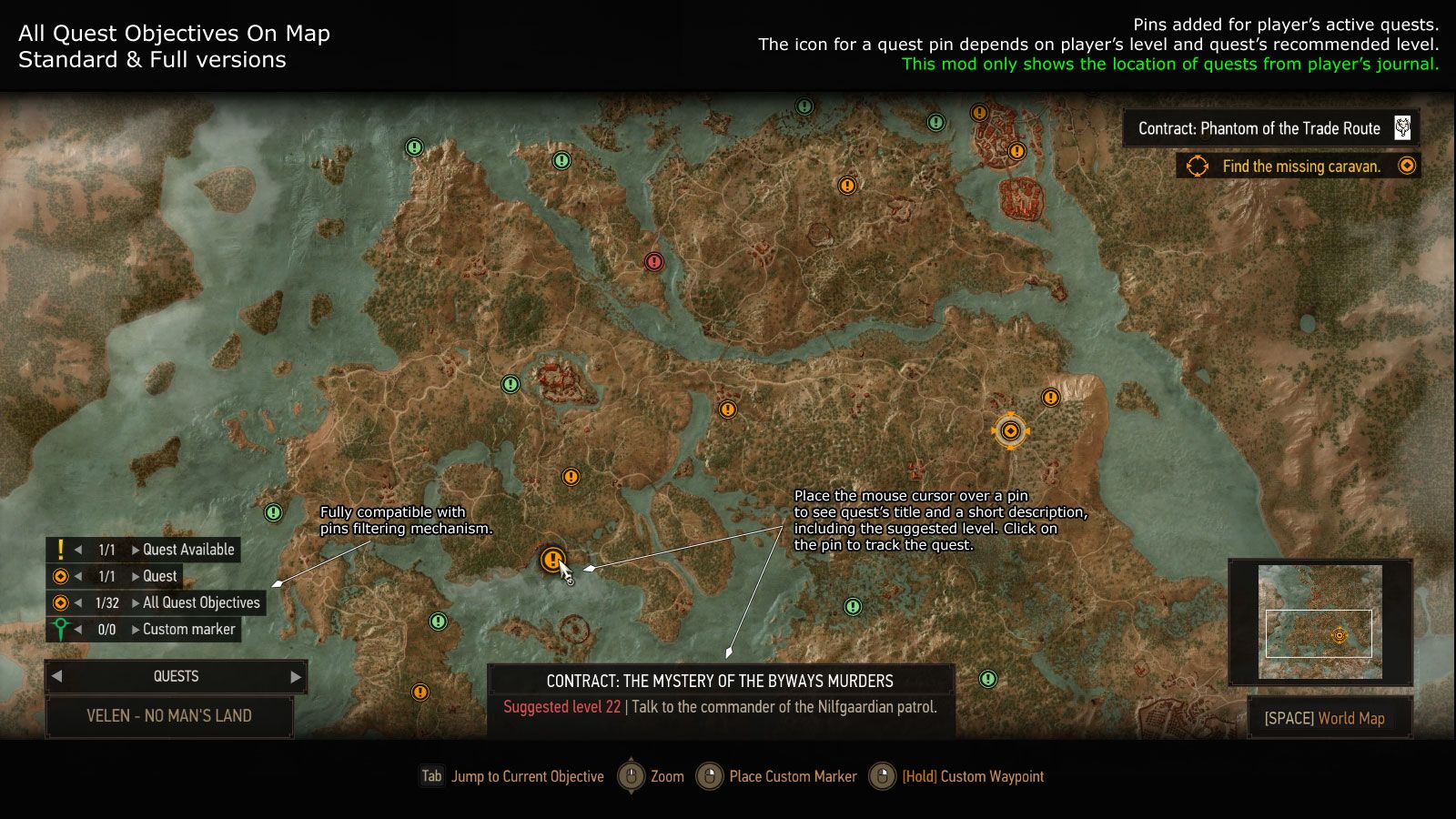 One of the problems with The Witcher 3 is that the game will load you down with quests but only allows you to select one quest at a time. This makes it difficult to efficiently go through your quest backlog as you travel the world.

All Quest Objectives fixes that. As the name implies, it lets you see every quest and its location on your map at once. Now, you can walk around completing quest objectives that are closest to you before fast-traveling someplace else.

RELATED: 5 Actors Who Should’ve Played Geralt In The Witcher 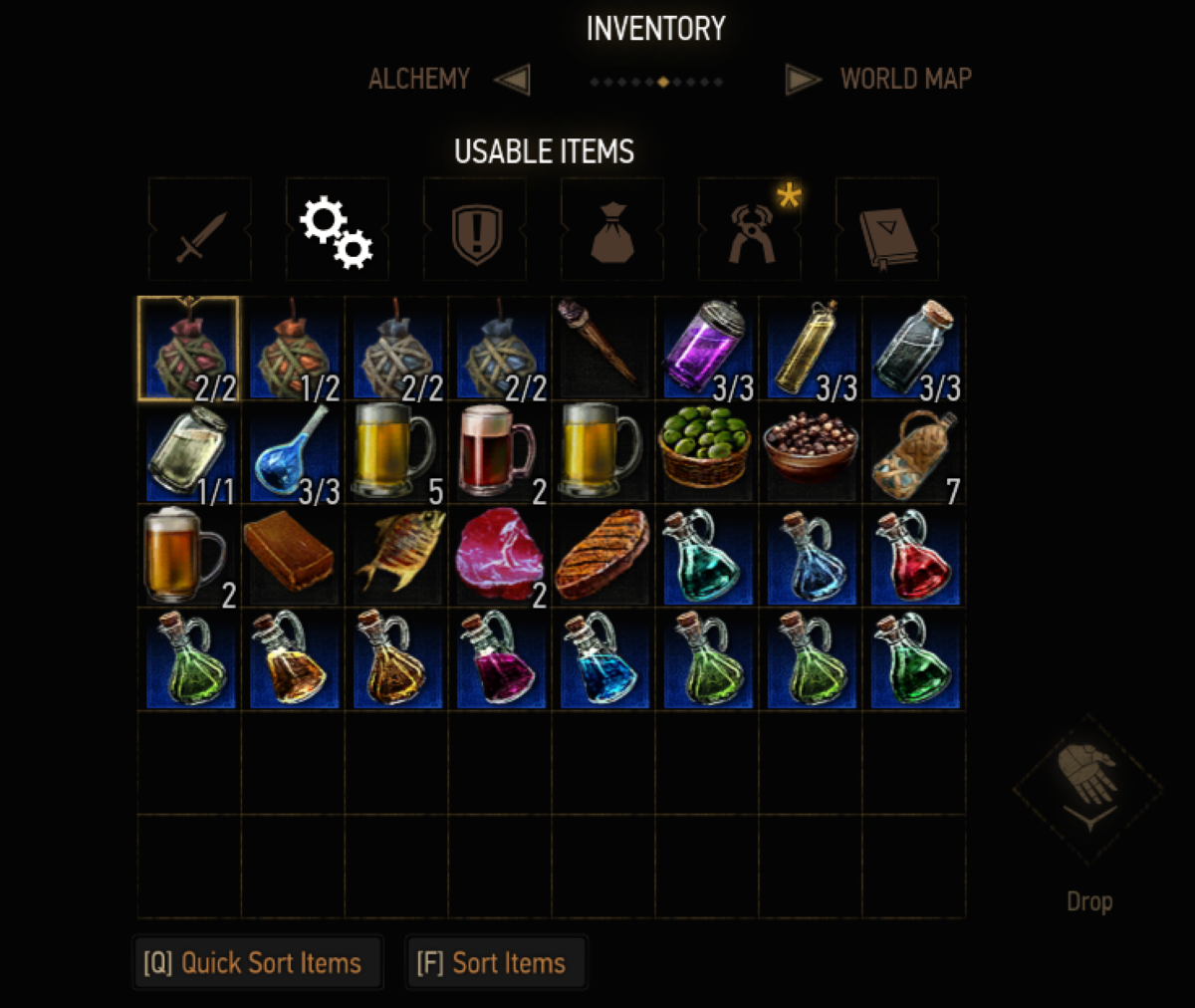 Auto Apply Oils fixes that by automatically applying relevant oils to your blades. The mod scans your surroundings and applies oils based on the enemies around you. Keep in mind that this will use materials from your inventory, so managing your stores will become more important with this mod installed.

Ever wanted to sit down and watch the stars go by? This mod lets you do that. Instead of watching an analog clock tick by during meditation, the Friendly Meditation Mod brings you back to the world but also lets the world fall away. The HUD disappears as you calmly watch clouds, animals, and everything else just pass you by.

The mod doesn’t do much, but it makes meditation far more enjoyable than before.