Although there has been snow on the ground since November here in the Northeast, it wasn’t officially  winter until December 21st. That means we can finally discuss something near and dear to every gamer’s heart, provided they live in the northern hemisphere: snow levels.

There are a lot of great snow levels in gaming, and picking our top five was tough. However, these are the levels that really made us feel the wind on our cheeks, the snow in our eyes, and the ice in our veins.

You race a penguin. How much snowier can you get?

Mario 64 actually had two snow levels, but between Cool, Cool Mountain and Snowman’s Land, we had to give it to the mountain. Racing down an ice-covered slide against a giant penguin was just way more memorable than trying to grab stars in a winter wonderland overseen by a massive snowman.

On top of that, Mario 64 did something different when it came to their snow levels. While other games would make ice and snow a hindrance, Mario 64 never let the ice stand in your way. If anything, Mario became faster thanks to a patch of ice.

And we can’t talk about Cool, Cool Mountain without mentioning that music. Of all the Mario 64 tunes, this is the one that sticks with you. 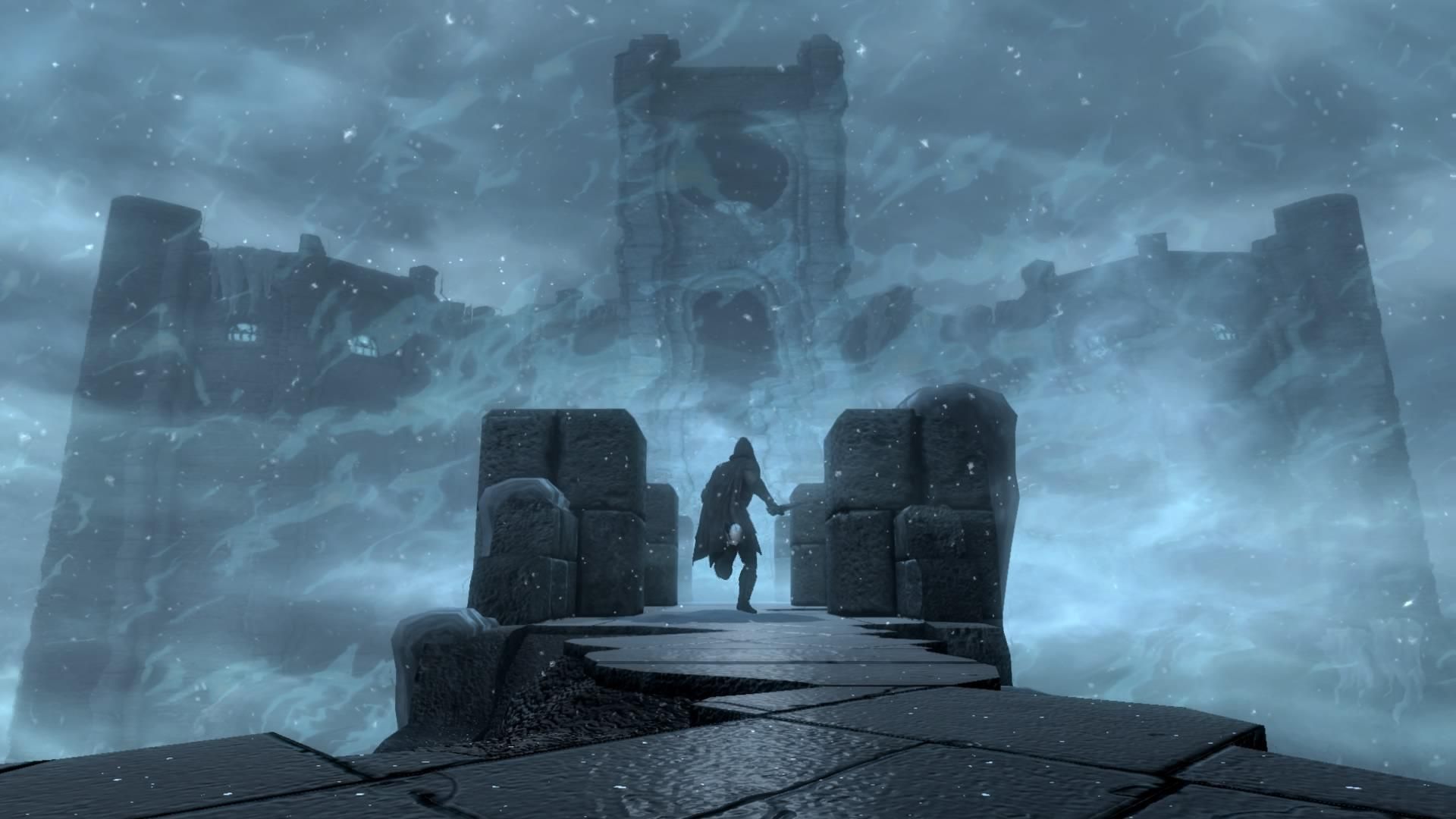 Admittedly, most of Skyrim could be considered a snow level, but Winterhold specifically is the snowiest of the frozen Nord lands. It also contains the College of Winterhold, perhaps the most memorable location in Skyrim as the seat of all magic.

Just as soon as you arrive at the College you’re enrolled as a student. After that, you go from first-year to Dead in record time after you save the College from a nefarious plot. Apparently, the line of succession after the first Arch-Mage bites the dust is determined based on who is closest to the body at the time of death and not based on any sort of academic merit.

Okay, this might be stretching the definition of “level” even worse than Skyrim, but you can’t deny that the Frozen Wilds expansion for Horizon Zero Dawn is the prettiest example of snow in any video game, ever.

On top of that, they get the entire feel of winter perfect. It’s grey and dismal all the time, with snowfall obscuring your view for any given distance. And on the rare occasions when it’s not snowing, it’s gorgeous.

Up until Sonic the Hedgehog 3, Sonic had never experienced winter before. Sure, there was a slight dusting of snow in Sonic 2‘s Hill Top Zone, but you could hardly call it a winter wonderland.

And then came Sonic 3, in which Sonic goes from a winter novice to riding a snowboard down an icy slope. You’d think he was a born snowboarder right up until he runs headlong into the side of a mountain.

Ice Cap Zone captures the eerie brilliance of ice that is rarely replicated in video games. For that, we honor the blue hedgehog’s contribution to winter gaming.

RELATED: Fortnite Winterfest: Where To Find The Ice Boxes

If any game has captured the magic of the holidays, it’s Banjo-Kazooie in Freezeezy Peak. You fight snowmen, decorate a Christmas tree, and save a choking polar bear all in a single level. Then you race that polar bear in a slalom sleigh race down the side of a mountain.