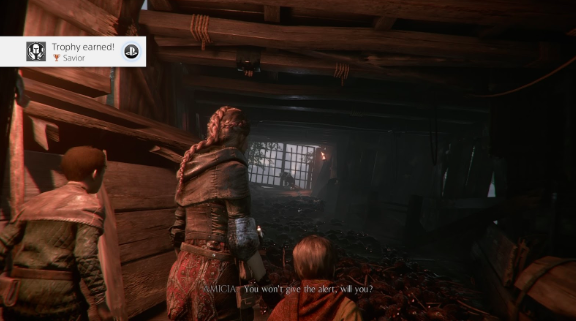 When you come across that trapped soldier, the only thing that prevents you from dying immediately is the lit torch nearby.

As for the soldier, the rats haven’t seemed to notice him and the natural light is seemingly keeping him from being gobbled up.

If, like me, you don’t understand what spatial awareness is, you’ll probably have just grabbed the torch and walked on through.

This doesn’t seem so bad, but as you make your way through the Inquisition’s narrow corridor, the rats are pushed back because of the light. Towards the trapped soldier. If you keep going, you’ll actually push them back to the point that they’ll notice the man and eat him alive. Right in front of you. Lovely.

However, there is a way to save him and we’re here to help show you how. 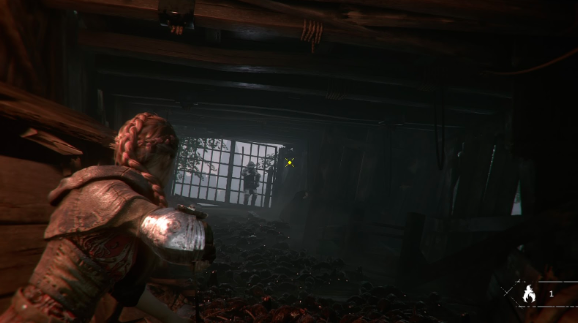 A Plague Tale Innocence – How to Save the Soldier in Chapter 5?

The moment you see the trapped soldier, you’ll also notice the torch. Before grabbing it, craft yourself some Ignifer, the item that helps you set things on fire such as burned down torches, fire pits, etc. You’re going to need it for later on.

Now grab the torch and make your way forward, while looking behind you every few seconds. As you do so, a new wave of rats will come, signalling for the soldier to look over and see you.

While everyone panics that you’re pushing the rats further, keep going forward until you see that, behind you, is a sconce. Also known as a torch holder.

Put the torch you have there, and look further ahead. You should see that, by the soldier, is a burned down torch — indicating that this is the perfect time to use Ignifier with your sling.

Once that’s done, you can move up ahead, effectively save the soldier’s life and unlock the ‘Savior’ trophy.