There are nine Palaces in Persona 5 Royal, including the penultimate Mementos Palace that leads to the base game’s denouement. Some of these are great – Sae, Mementos, Maruki – while others are complete rubbish, like Kaneshiro and Okumura. I know some of you reckon the lock device in the former’s Palace is cool, and I’ve heard loads of people say Okumura’s space station is decent aside from the annoying portal things, but come on. Play any of the other Palaces – even Shido’s weird one with the mice (stolen from Dragon Age: Origins, I reckon) – and it’s clear that these are bottom of the barrel. Not bad, by any means, just much worse than the best ones.

There’s one Palace, however, that looms large above the rest: Futaba’s. While I know that a lot of people like Futaba and recognize her Palace as one of the better ones, I never see people talking about why it’s so good. Sure, its aesthetic is amazingly inspired and its relationship to the overarching story is much tidier than, “We’re doing great, let’s target that random mobster next.” But the actual context of unlocking and progressing through Futaba’s Palace is subversive in an immensely fascinating way. On top of being arguably the most coherently designed and narratively sound Palace in the entire game – and that’s including the ones that are allocated significantly more screen time to prop themselves up – it’s the unique chain of events that leads to venturing here in the first place that makes it truly special.

There are some brilliantly designed locales in Persona 5 Royal – Maruki’s hi-tech lab is as immaculate as it is immense, while the raucous and rowdy colour and noise of Sae’s casino never ceases to amaze me. But Futaba’s pyramid is the most commanding of the lot. You go to the Metaverse and land in the middle of a barren desert stretching endlessly towards the horizon in every direction. After a while, however, you see the pyramid, the enormous manifestation of Futaba’s distorted heart – in her eyes, not a Palace, but a tomb. 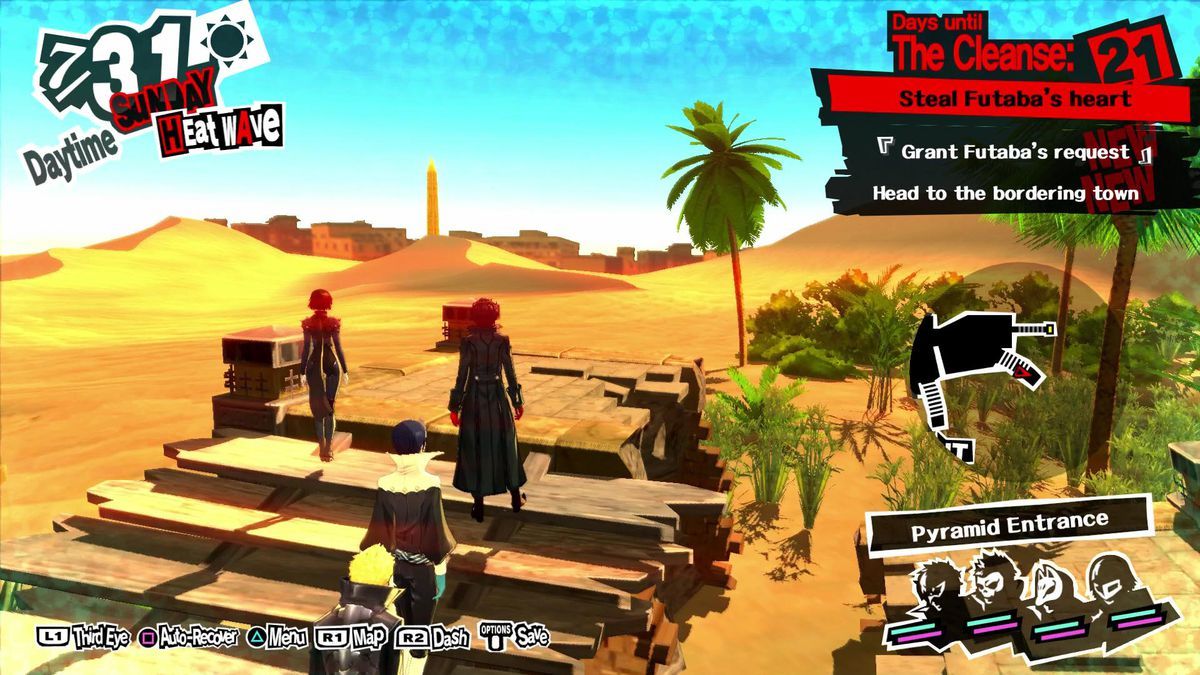 This metaphor goes further. In order to get into Futaba’s Palace, the Phantom Thieves need to get into her real-life room. Futaba also needs to leave the closet she’s hiding in so that her Metaverse counterpart’s heart can be stolen – sure, Madarame’s treasure is locked behind a real-world door, but Futaba takes the Metaverse/reality link to a whole new level. It serves as a brilliant use of subtle exposition in that her individual arc at this point functions on several narrative levels, propelling the story forward while also explaining what happened before and priming what will come next.

I could bang on about the phenomenal level design, the riveting puzzles, the inspired enemies – but really, the single best thing about Futaba’s Palace is how different it is. Sae’s Palace represents envy and Shadow Sae embodies that. Kamoshida’s Palace is a gross testament to abhorrent lust, while Mementos collectively representing the sloth of the apathetic masses puts an exceptionally clever spin on the formula used prior to it. This is intriguing, because most people immediately think that Futaba, a veritable shut-in who speaks to nobody, is the game’s version of sloth. In fact, Futaba represents wrath – what?

Futaba’s Palace is born of resentment more so than any sin directed at the outside world. In fact, it’s more accurate to say that it’s born of ressentiment, defined by Kierkegaard as “the constituent principle of want of character, which from utter wretchedness tries to sneak itself a position, all the time safeguarding itself by conceding that it is less than nothing.”

Kierkegaard continues – “the ressentiment which is establishing itself is in the process of leveling … people might, in their despondency, even long for a misfortune in order to feel the powers of life, but the apathy which follows is no more helped by a disturbance than an engineer leveling a piece of land.” 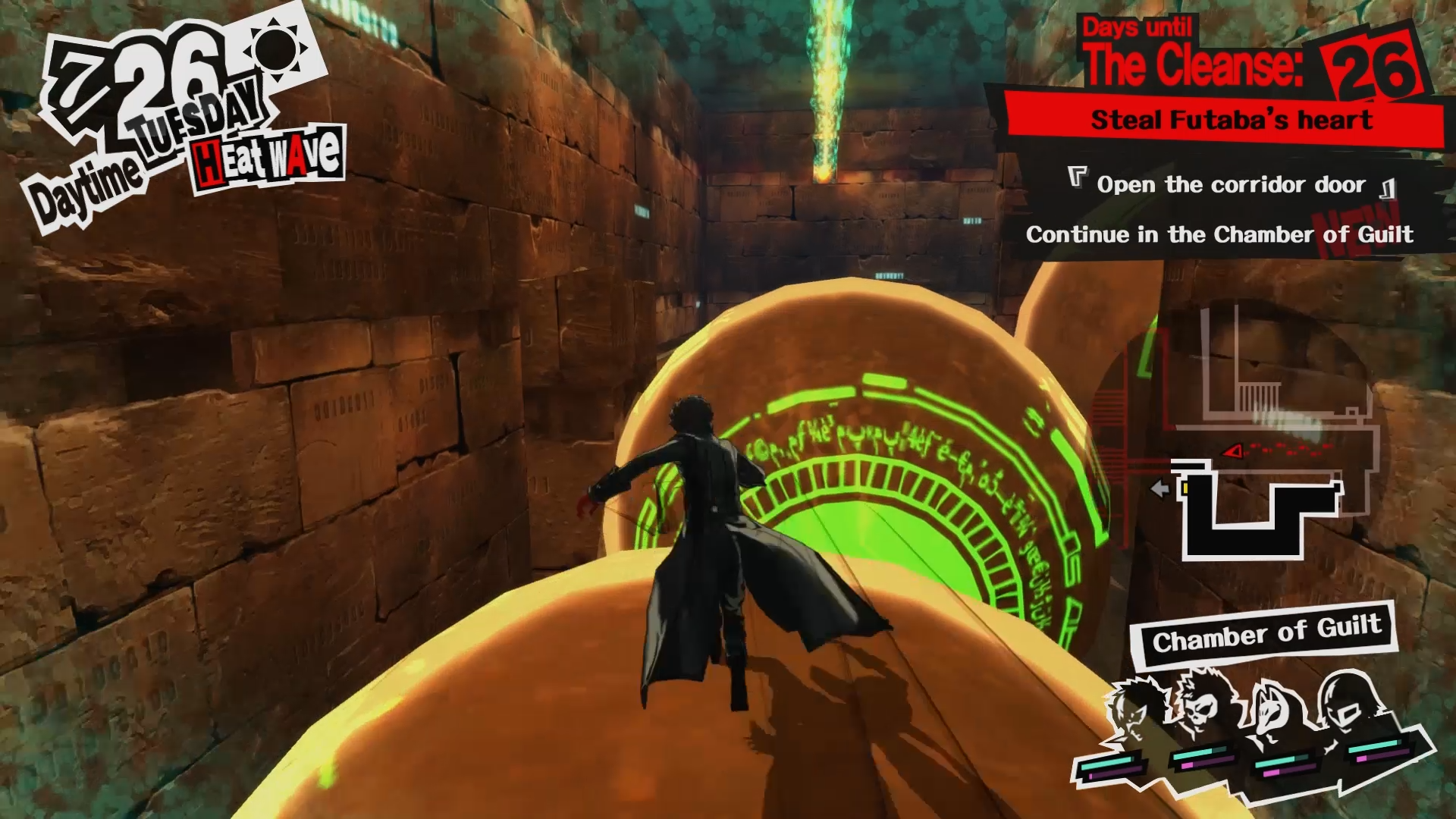 What this means is that Futaba is locked in a desperately vicious cycle, her ressentiment growing to the point where she feels her character has almost entirely dissipated into thin air. In an attempt to feel something, she craves misfortune – she craves her heart being stolen. But despite her own misgivings, Futaba’s Palace is actually born of the perceived wrath of her mother, which, in reality, doesn’t exist. Futaba Sakura isn’t wrath so much as she believes her dead mother is the perpetual manifestation of it – and so she becomes the ruler and prisoner of her own lonely Palace, locked away inside a magnificent tomb around which the lone and level sands stretch into eternity.

Again, it’s just a brilliant mode of expressing how cognition works in this game. Sure, Persona’s narrative basis is largely derived from Jungian ideas of consciousness, but it also adopts proprietary concepts and caveats to explore its own principles. The mere existence of Futaba’s Palace is at odds with the premise that these mysterious phenomena can only be created by the bad guys – cognition is not separated into good evil, and is instead an enormous blur comprised of Rorschach blots ranging from the lightest grey to the darkest, and going through every single individual pigment in between.

So on one hand, yeah, Futaba’s Palace is the best one because it looks the best. It has the most exciting level design, the most fascinating enemies, and a pretty decent boss fight. The music is stellar and the story is encapsulating. Most of all, though, the core concept of how the Palace exists at all is responsible for what makes it such a standout moment in Persona 5. I’ve put hundreds of hours into multiple playthroughs of this endlessly intriguing game, and this is without fail the Palace that continues to make me audibly exclaim “holy shit” every single time. I reckon I might boot Royal back up this evening just to explore it all over again.

Next: I Don’t Mind Games Trying To Be Movies, But Why Are They All The Same Movie? 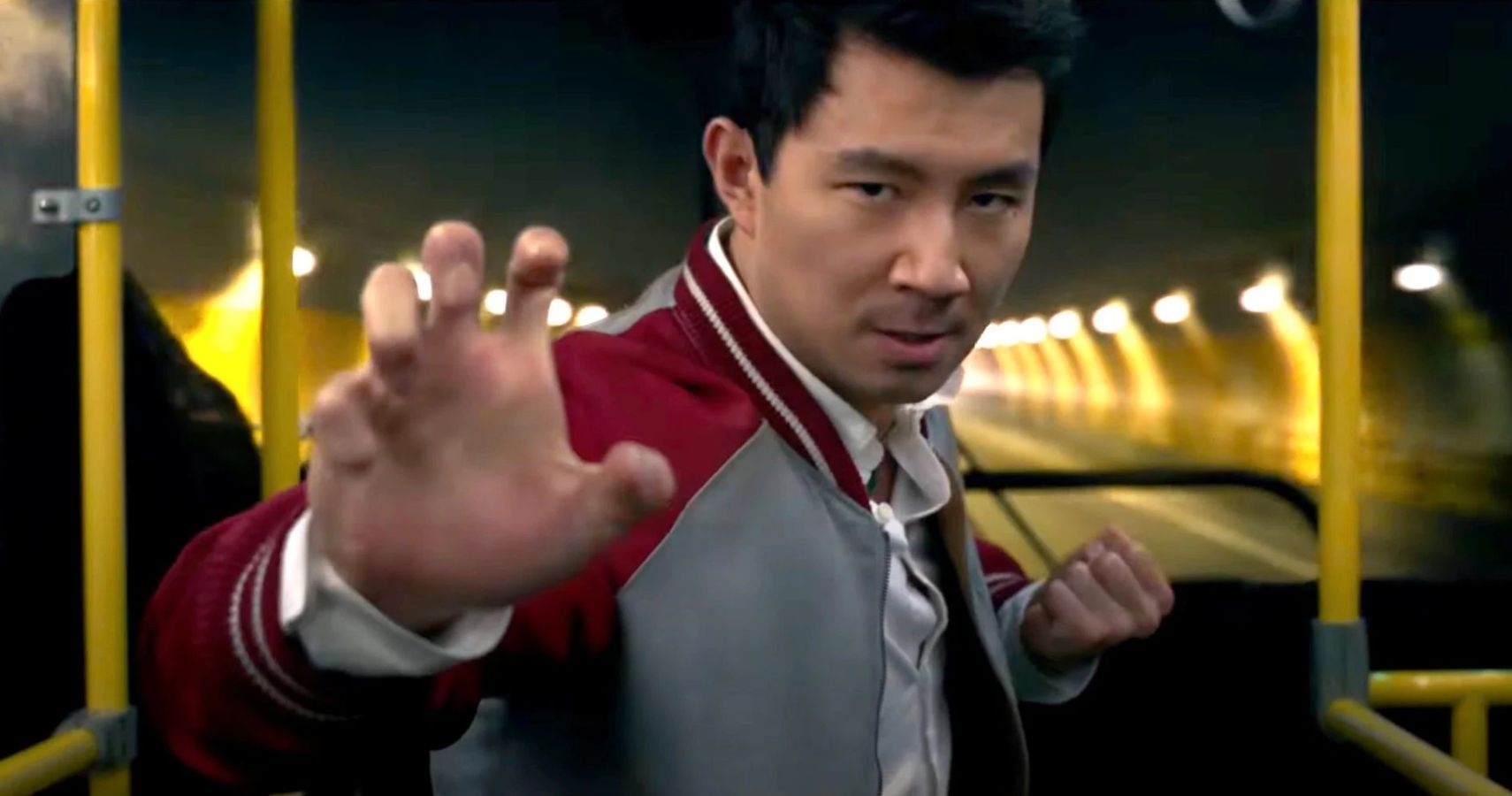