For a long while, a subsection of simmers has been desperate to see multiplayer capabilities return to The Sims franchise, from those who miss the full-on experience of  Sims Social to others who just want to play with friends. As always, modders are coming to the rescue. The recent release of SimSync has got simmers whispering about multiplayer once more, but the big question is: does it actually work?

Previously, multiplayer mods of varying quality have sprung up, including one which grabbed the attention of some prominent simmers including Deligracy and James Turner, who put out videos of its use. While many suggested it was fiddly to set up, it was seen working and sparked conversations about the concept. 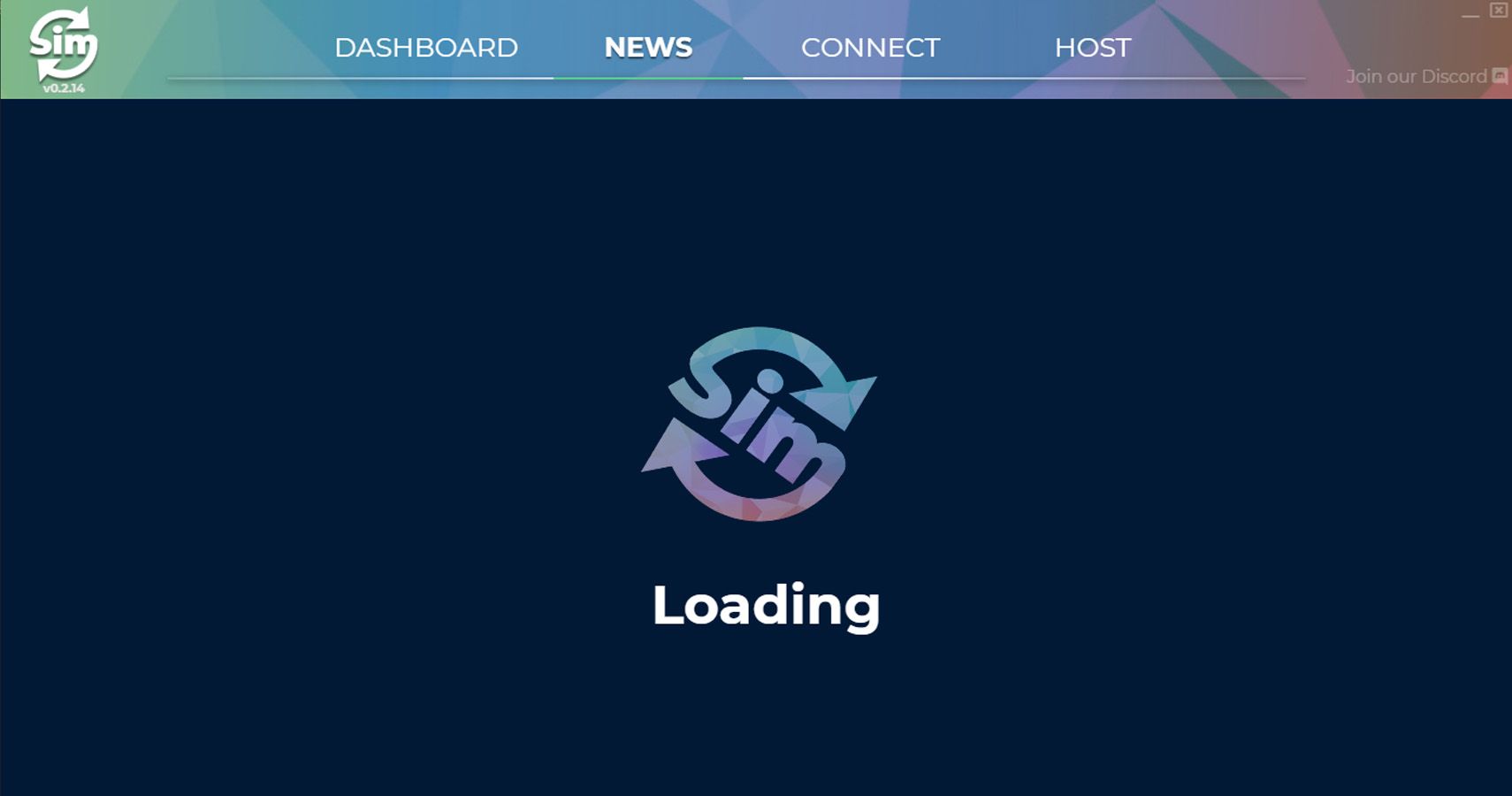 After this is done, you can either host a game on your machine or join a game hosted on another machine. Hosts are given a code that their friend can use to join them in their save game. The launcher itself is straight forward, clean, and easy to use, giving it a huge advantage over previous mods.

The main things to be aware of are the limitations of SimSync. It can currently only support two players and they must have the same packs installed. To make this easier, the menu offers options to temporarily turn off specific packs before you host by clicking on their icons. However, doing this will give you some Origin messages about needing to download purchased content and can affect your saves if they were made utilizing disabled packs. It’s also worth noting that new saves cannot be created once connected. The host will need to create a save before they begin then invite their friend to join it.

There is some mod support available but, understandably, not all mods are currently compatible. Some common mods are listed within the launcher to help with this and the creators are promising more mod support will be coming.

Functionality is basic right now and the second player is essentially an extra pair of hands to help in larger households. The primary player is the host and they solely control buy mode and the save itself. Build mode is glitchy and broken and the mod creators do not recommend trying to access it while connected. Create-A-Sim does work, but entering it will pause the other player’s game. Games can be saved by the host using the save as function. 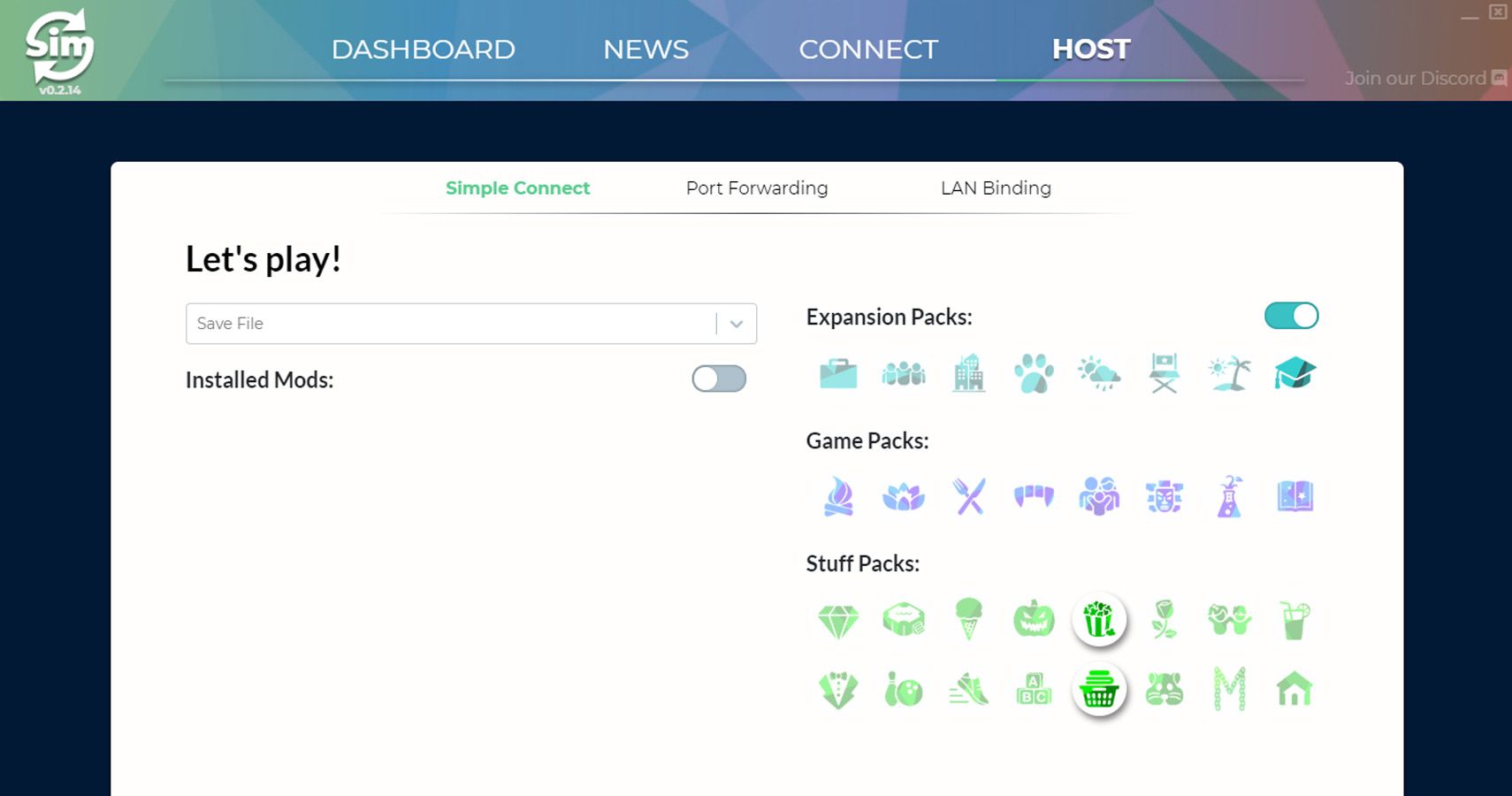 The secondary player can simply take control of a second sim in the primary household. Players cannot play two separate households in the same save. Traveling is possible, but again, players will travel together, so they need to remember to select both sims when using the travel function.

At the moment, there are some pretty big issues being reported. Connection issues, freezing, and glitches have all been compiled into bug reports, but the creators are looking to use people’s experiences in order to enhance their system. With a mod of this nature, releasing and testing with different systems and configurations is the only real way to be able to identify and iron out many of the problems.

In terms of support, SimSync has a subreddit and there are also FAQs on the mod’s website, as well as patch info hosted within the game’s launcher. Discord links are also listed, but these didn’t work at the time of writing. 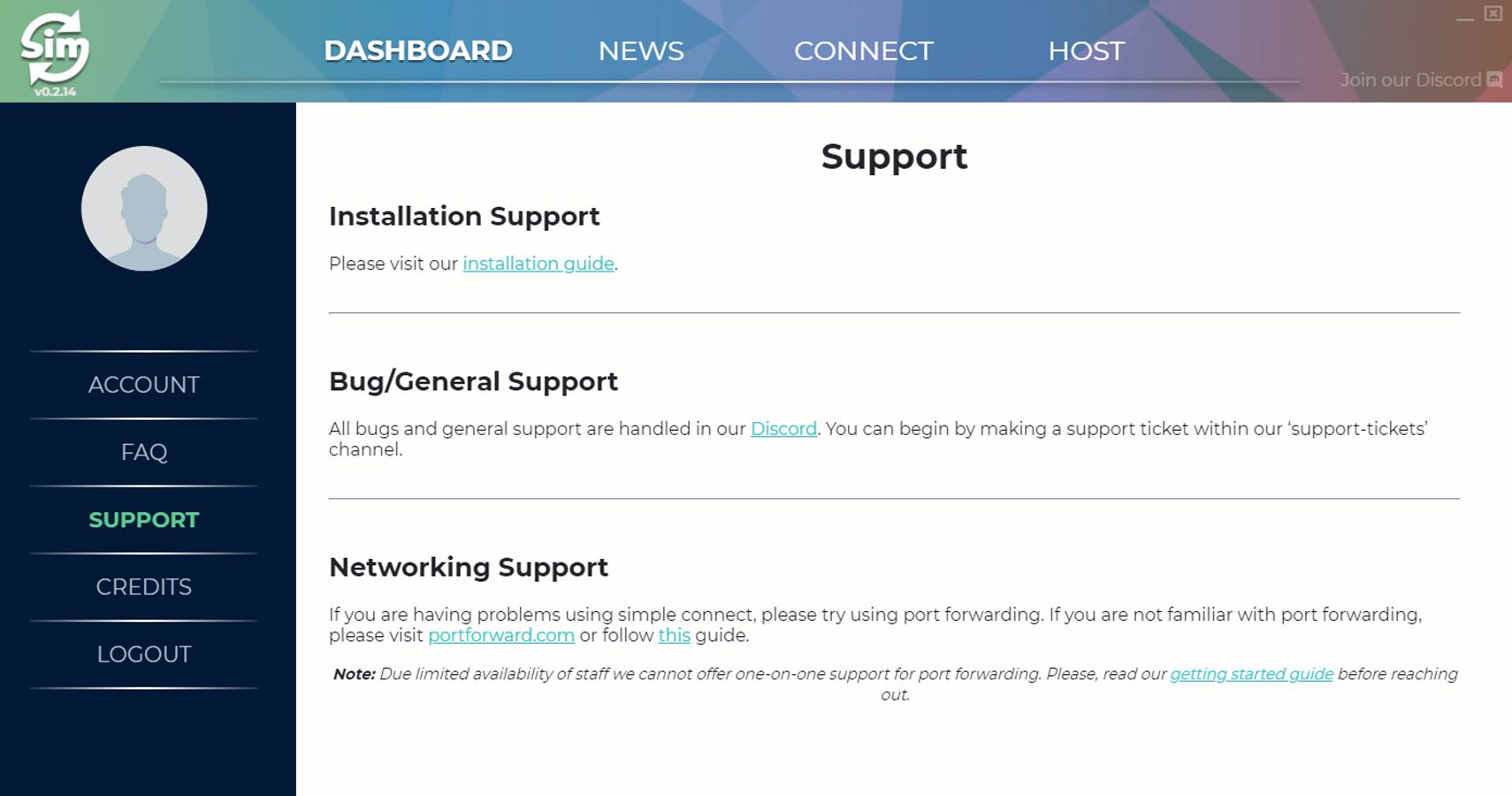 These avenues are building a picture of a mod that is currently glitchy but has developers with ambition, strong support, and a desire to create a great experience. In fact, some of the issues have already been fixed in the nine days since launch. While the mod may have some issues right now, it certainly has huge potential and is very user-friendly, even for complete computer novices.

In just nine days, the mod has already been downloaded almost 13,000 times. If nothing else, it’s showing that there’s a small but growing community that wants such functionality in their game.

If and how multiplayer comes to The Sims is still a question that is being debated, but until that happens mods like SimSync allow players to experiment with multiplayer options in a much easier way than we’ve seen before. The future is co-operative.