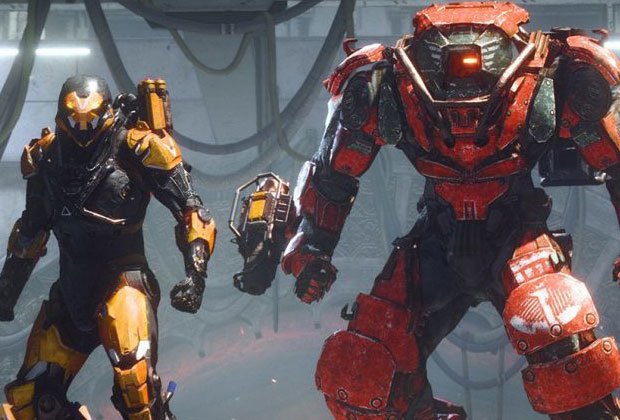 There’s always something to find, although within missions it can be hard to go off the beaten path when the game rounds up players on a near-constant basis.

Within missions, Anthem relies on its fun combat loop to negate the monotony of the majority of its objective structure.

Most levels conform to the “go here, shoot something, hold off a wave, move on” we’ve been doing for years, and while Strongholds up the ante with more difficult encounters, most of Anthem’s missions blur into one homogenous mass.

While its story is formulaic (not to mention quite similar to Destiny’s) Anthem distinguishes itself with truly excellent voice work and impressive facial capture.

Between missions, you’ll converse with characters around Fort Tarsis, with conversations ranging from lore-building to setting up side missions. 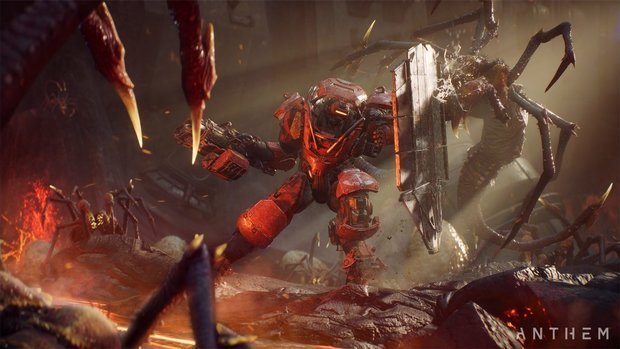 It’s here that we see signs of the old Bioware – some conversations and interactions are genuinely emotive, even with the player character’s disappointingly binary responses (and these choices sting every time, especially given the studio’s heritage).

Unfortunately, unlike Mass Effect’s Normandy, or Destiny’s tower, Fort Tarsis is a dull location – its labyrinthine corridors and reliance on a compass at the top of the screen to point out when conversations are available make it feel like a chore to return to after each excursion.

It’s also deathly quiet, save for any friends in party chat inadvertently interrupting a key plot point. It feels strange to party up for an evening’s play session only to tell friends to be quiet during cutscenes.

This is all exacerbated by the inability to alter weapon and gear configurations on-the-fly, meaning you’ll return to Fort Tarsis on a regular basis. For every travel there and back out into the open world, loading screens become a frustratingly common occurrence – some lasting much longer than others. 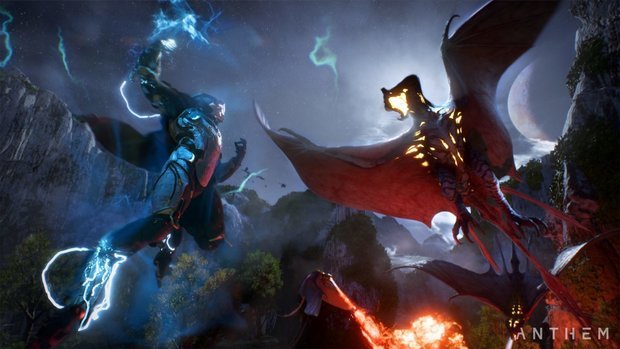 While a patch alleviated some of the waiting times, doing anything in Anthem feels like a test of anyone’s patience. Want to equip some new gear you’ve picked up?

Assessing which gear best suits your needs is also a trial and error process.

At this early stage, there are plenty of item descriptions that are barely explained, including the “Combo” system that offers up incentives to “prime” and “detonate”, as well as some that have glitched descriptions which mean the benefits of each piece aren’t as clear as they should be.

Anthem’s loot feels disappointingly vanilla at this point in the game, each item being equipped to a Javelin’s slots as opposed to changing each piece of gear.

It means gear comes with statistical increases rather than facilitating a change in play style, and while there are plenty of viable builds, weapons feel disappointingly confirmative to genre archetypes. 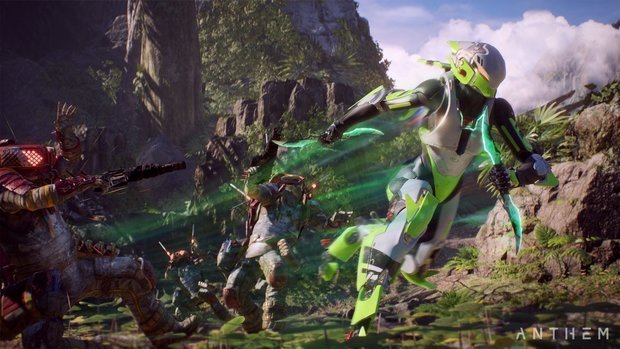 There’s also a disparity between firing them – while the shotgun feels rewarding the unload on an enemy, the sniper rifles have such minor feedback that it almost feels as though they haven’t fired at all.

Where Anthem does shine is in its visual customisation.

Cosmetic gear can be purchased in-game or with real money and divorcing the game’s loot from cosmetics is a great approach, preventing armour sets looking kit-bashed together and preserving each Javelin’s appeal, but it does rob a high-level player the ability to show off a rare drop earned after dozens of hours of grinding.

Thankfully, every aspect of a Javelin can be customised – its paint, decals, and materials are all there to be tweaked incessantly.

One of Anthem’s biggest drawbacks is how it feels unfinished. While these types of game are often built on for months and months (and free content is coming), the amount of bugs here are disappointing for such a high-profile release. 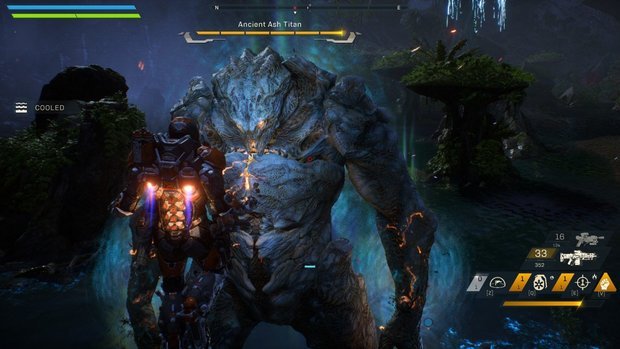 Twice while playing, I experienced the entire screen turning black, forcing me to restart the game (and the mission), while I’ve also been kicked from the game back to the home screen four times while playing on Xbox One X.

Anthem feels like a game at war with itself. Between its beautiful world, fun combat, and excellent characterisation, there’s clearly a strong base for Bioware to build on from here.

However, uninteresting loot, a boring central hub and more bugs than one of its insect-filled caves mean there is much to do.

Here’s hoping for a swift fix for the game’s most pressing issues, because almost everything that works, works well. With some more polish, Anthem could be a great way to spend an evening playing with friends – just don’t expect the next Mass Effect or Destiny. 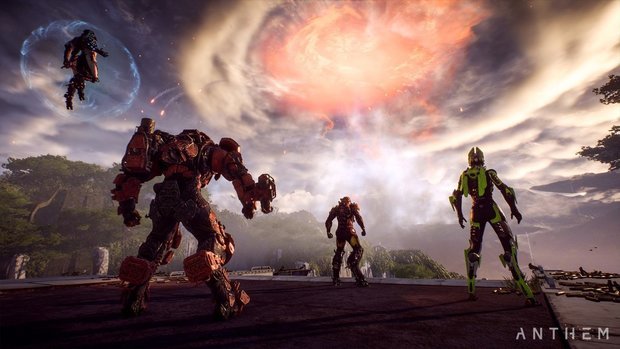