In 430 BC, during the events of Assassin's Creed Odyssey, Athens was devastated by a plague. It's estimated to have killed around 100,000 people, and was documented in detail by the historian Thucydides—who even contracted the disease himself and survived. No one knows for sure what it was, but ebola, typhoid, and smallpox are among the many theorised sources of the outbreak. Symptoms included vomiting, sneezing, violent coughing, and pustules appearing on the body, and its victims included the city's beloved leader, Pericles. No one in Athens was safe from this deadly epidemic, and it threw the city into chaos.

You get to experience the Plague of Athens first-hand in chapter 5 of Assassin's Creed Odyssey. Usually the city is the most vibrant, bustling location in the game, teeming with citizens, soldiers, and merchants. Walk the streets and you hear the sound of children playing, dogs barking, and people chatting. You see stonemasons building temples, bakers making bread, and priestesses praying to the gods. But when Kassandra arrives during the quest Abandoned By The Gods, the city is a shadow of its former self. The streets are abandoned, lifeless, and littered with piles of plague victims hastily covered up with sheets of linen.

It's incredibly eerie seeing the city like this. You're so used to it exploding with life whenever you visit, and suddenly all the vibrancy has been drained from it. The game's artists hammer this home by applying heavy colour grading to the image, giving everything a sickly, desaturated look. A gently falling rain, and a sinister absence of the usual street sounds, only adds to the feeling of hopeless desolation. You see the occasional Athenian citizen on the street cursing the gods, holding their head in their hands, or just lying in a defeated heap waiting to die. It's grim, but a compelling and convincing snapshot of a very dark period of Greek history. 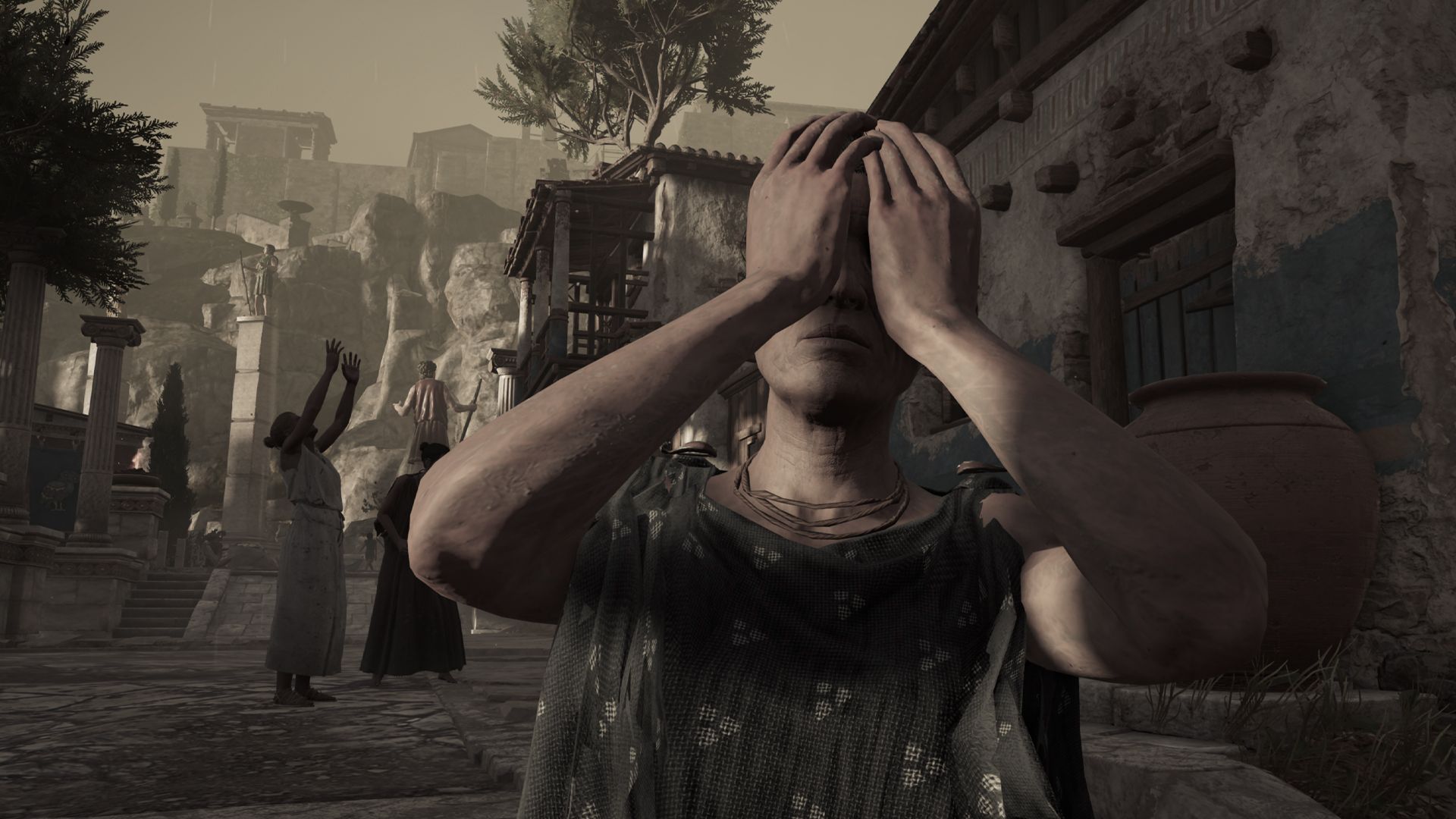 Replaying Assassin's Creed Odyssey in 2022, this chapter hits different. As I wander the deserted streets of Athens, I can't help but think of when I'd go for walks in March, 2019—when the UK entered its first national lockdown—and feeling similarly disturbed by how dead the city felt. I live in York, which is usually crawling with tourists, but now even the famously crowded Shambles was empty. Now the pandemic is just something we all have to live with, but back then it was a confusing, scary time. No one really knew what the virus was capable of, which added to the 28 Days Later vibes. It still sucks, but it sucked even more in 2019.

Even though more people have died of covid in the UK, the Athenians arguably had a rougher time with their outbreak. Our streets were never piled with bodies (despite the Prime Minister reportedly being totally cool with that), and there was none of the widespread social disorder that erupted in Athens. According to Thucydides, "the catastrophe was so overwhelming that men, not knowing what would happen next to them, became indifferent to every rule of religion or law." The city-state was so badly affected that many historians agree the epidemic ultimately led to Athens' defeat by Sparta in the Peloponnesian War. 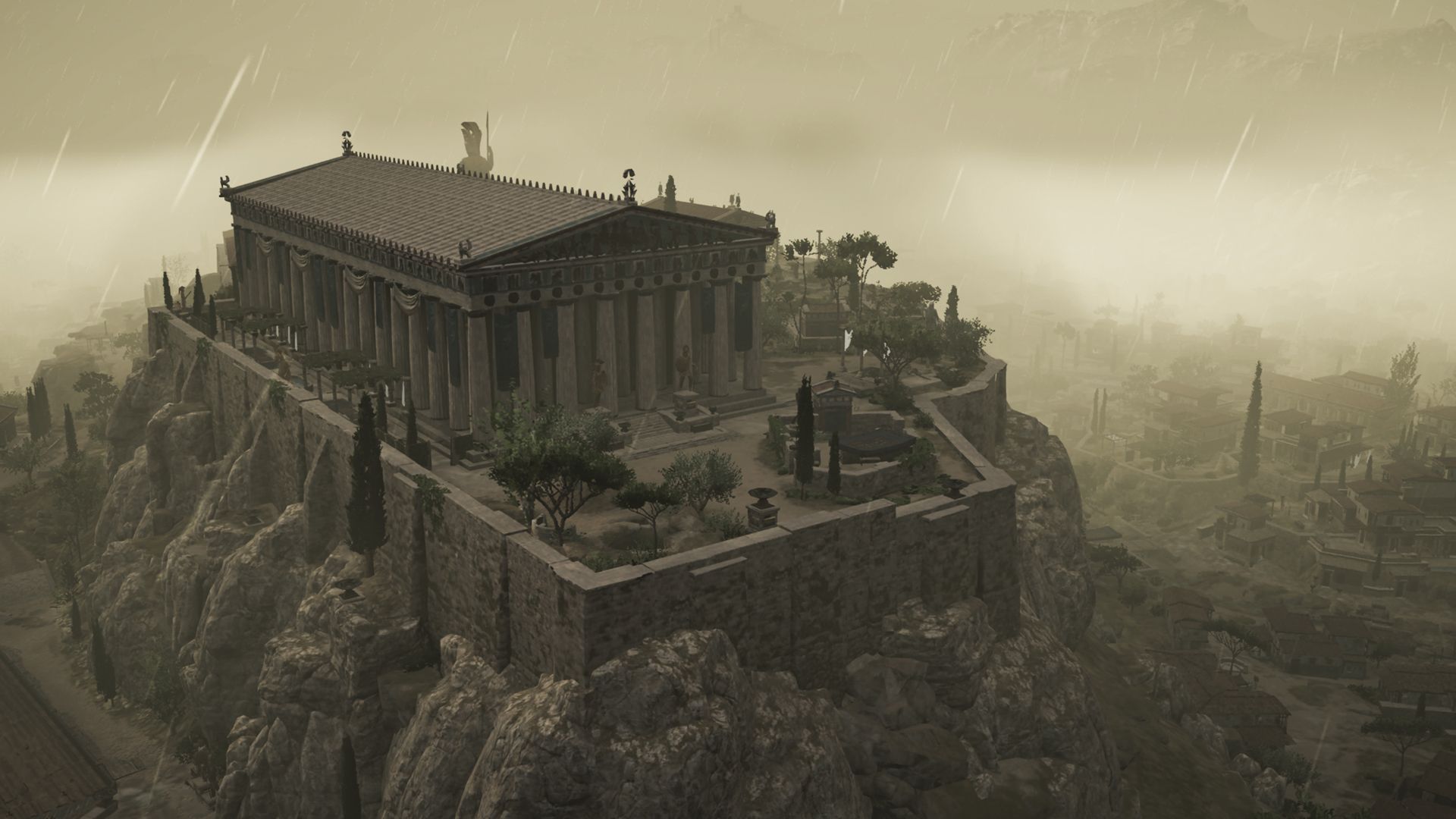 I barely remember encountering plague-stricken Athens when I first played Assassin's Creed Odyssey back in 2018, when a global pandemic felt like something that would only ever happen in a bad Hollywood movie. But playing the game today, it's a stark reminder that even the greatest, most advanced civilization can be suddenly, cruelly brought to its knees. I've always loved how the Assassin's Creed series let you step into the past and experience these events for yourself, but this one hit a little too close to home. When it was time for Kassandra to leave Athens behind, I was more than glad to set sail for another corner of the map.