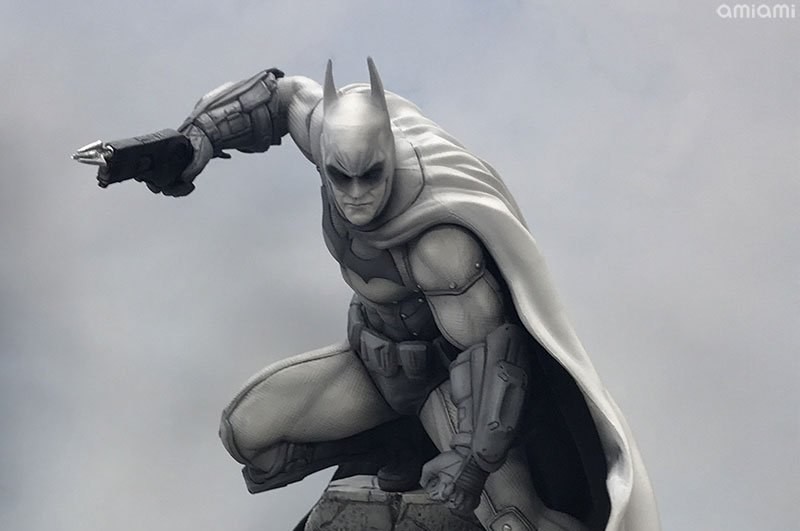 It’s hard to believe it has been ten years since Batman: Arkham Asylum flipped superhero games on their head. Even today, people argue about which game in the series is their favorite (I’m personally on team Asylum), speaking to the overall quality of all of Rocksteady’s Batman series. Now you can celebrate your love for the series with a new black & white statue showing the Arkham series design.

The statues is based off an Arkham City design from a few years ago, but tweaks the design to better match the stylish box art of Arkham City itself.

It’s not yet known when the statue will release, but I imagine as a 10th anniversary statue, they’ll probably want it out this year. Details about releasing and pricing will likely be given on Kotobukiya’s Facebook page.

At the moment, Rocksteady has not said what their next project will be after 2015’s Batman: Arkham Knight.