The video game industry has been plagued by seedy business bigwigs and corporate manipulation since its very creation, yet only recently has it devolved into something far more predatory. Publishers like EA, Activision, Valve, and plenty of others popularized loot box pay-to-win mechanics, which were basically slot machines with randomized prizes. It got to the point where even world leaders had to get involved to clamp down on what were basically predatory gambling mechanics. With the threat of both UK and US regulation, the industry had to pivot in a new direction, one that wasn’t as scammy on the surface, yet just as profitable (if not a teeny bit more so).

Birthed from this new necessity was the seasonal Battle Pass. While it may have rid the industry of those pesky pay-to-win concepts, the Battle Pass still utilizes profit-generating microtransactions in other ways. On the surface, it may give players the satisfaction of receiving free cosmetics and gear by way of in-game challenges. In reality, it’s yet another way publishers can line their coffers unbeknownst to the players. And, thus far, it seems to be working. 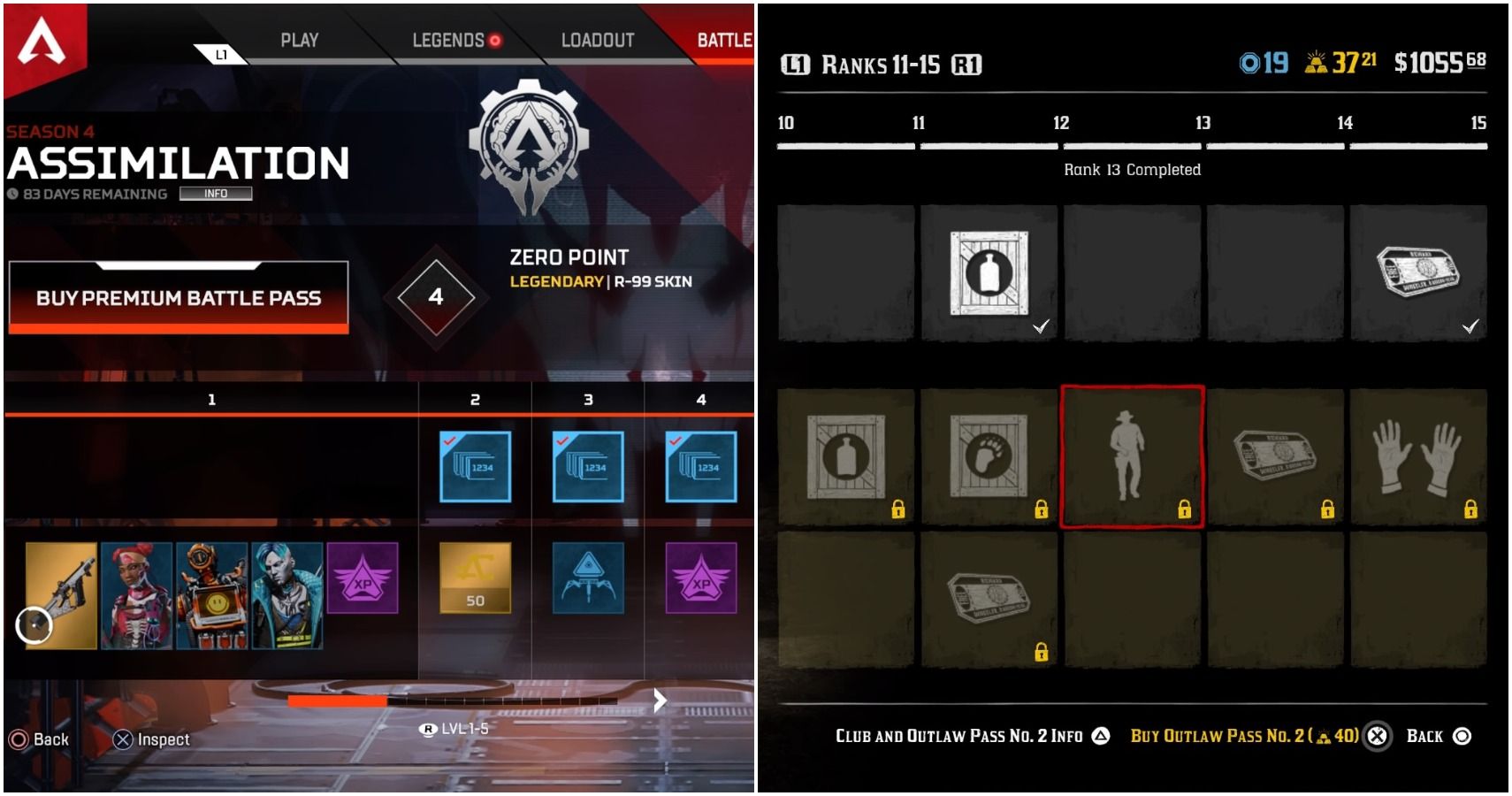 Though it may have made its name under the Fortnite banner, the Battle Pass had actually existed long before in Dota 2. Every year from 2013 on, Dota 2‘s The International championship was precluded by a compendium of achievements, rewards, and quests that challenged players in a variety of ways. In contemporary gaming, Battle Passes tend to be defined as a chart with an abundance of loot acquired through specific challenges or simply by leveling up. The initial buy-in can be anywhere from $10-$30, yet even the specific tiers can be skipped by way of a simple purchase. For this very reason, the most sought-after items are oftentimes found in the far reaches of the Battle Pass.

Modern Warfare, for reference, had many of the sleekest guns and gear well beyond the 50th tier. To get these cosmetic items, players would have to grind hours-worth of playtime, or simply cough up a few COD points to make the oh-so-necessary leap towards that shiny new gun variant. Despite the fact that they aren’t pay-to-win, Battle Passes still perpetuate the necessity to expend heaps of cash so as to supplement that fear of missing out. Seeing one’s friend with that sleek gold Holger-26 armory blueprint will only encourage those to spend, spend, spend when they have little time to play and grind for the full experience. The revelation that CoD players spend more after the loot boxes were removed isn’t all too surprising.

Battle Passes are certainly better than loot boxes, however, they still embody a subtle tinge of exploitation. Instead of the old way, wherein microtransactions and loot boxes rewarded only a limited chance at receiving one item per purchase, Battle Passes have created a way to make players feel as if they are literally playing a game within a game. It’s no longer about the thrill of killing that next boss, as in the case of Destiny 2 (which itself has seemingly become grind-ier than ever before). Now, it’s all about finishing the pass and maintaining enough points to acquire the next season’s.

More often than not, Battle Passes will reward players with enough in-game currency to buy the next one, or will dole out just enough so that the player feels as if they are getting the next pass for free. The ones who don’t or simply can’t finish the first pass end up having to pay an unnecessary amount just to afford the follow-up when it releases. With almost every game utilizing the Battle Pass system nowadays, from Red Dead Redemption 2 to Rainbow Six Siege, the oversaturation of the concept has led many to feel like there’s no point even to play the game anymore. With an endless amount of content to unlock within such a limited timeframe, gaming has literally turned into work.

A Battle of Wits

An interesting article in Forbes dissects the nature of Fortnite’s battle pass in line with actual (and proven) psychological effects. Plain and simple, those small leaps and bounds players make throughout their playthroughs are enough to literally alter the way they think. One of the key aspects that have made Battle Passes far more respected than loot boxes is the fact that players don’t actually have to win anymore.

Herein lies the very dilemma. Why play at all if winning doesn’t matter? To get a new (yet useless and lousy) pickaxe? Or, maybe a shiny new engram? So Battle Passes aren’t perpetuating pay-to-win mechanics anymore, great. In hindsight, however, they still could be potentially detrimental to the future of the industry. It’s no longer about entering an exciting world and having a blast with friends. It’s now about garnering enough points and enough cosmetics before the timer runs out. In the end, the only winners are the publishers raking in the gargantuan returns.