The conclusion of Infinity Ward’s ambitious reboot of Call of Duty: Modern Warfare teased an exciting future for the franchise, knowingly winking at players with the brief mention of ‘Task Force 141’ and how iconic such an ensemble has become in the annals of gaming history. So I sat there in eager excitement, ready for whatever the blockbuster franchise might throw at me next.

Unfortunately, my enthusiasm was dashed when Activision began dumping the likes of Ghost, Captain Price, and other elements of the campaign into the newly released Call of Duty: Warzone. Storylines that I expected to be explored in the next single-player experience were instead worked into Special Ops and Battle Royale, elements that the majority of players likely overlooked before parachuting into Verdansk to chase a victory royale with their friends.

Now I understand the messy necessity of a seasonal model. Each battle pass needs a specific theme with characters so hard-hitting that even the most lapsed Call of Duty fan would sit up and pay attention. Hurling Lieutenant Simon “Ghost” Riley into the fray was one such move, showcasing that the legacy of Modern Warfare was fresh in the minds of Activision, even if it’s just to mine your nostalgia for all its worth. 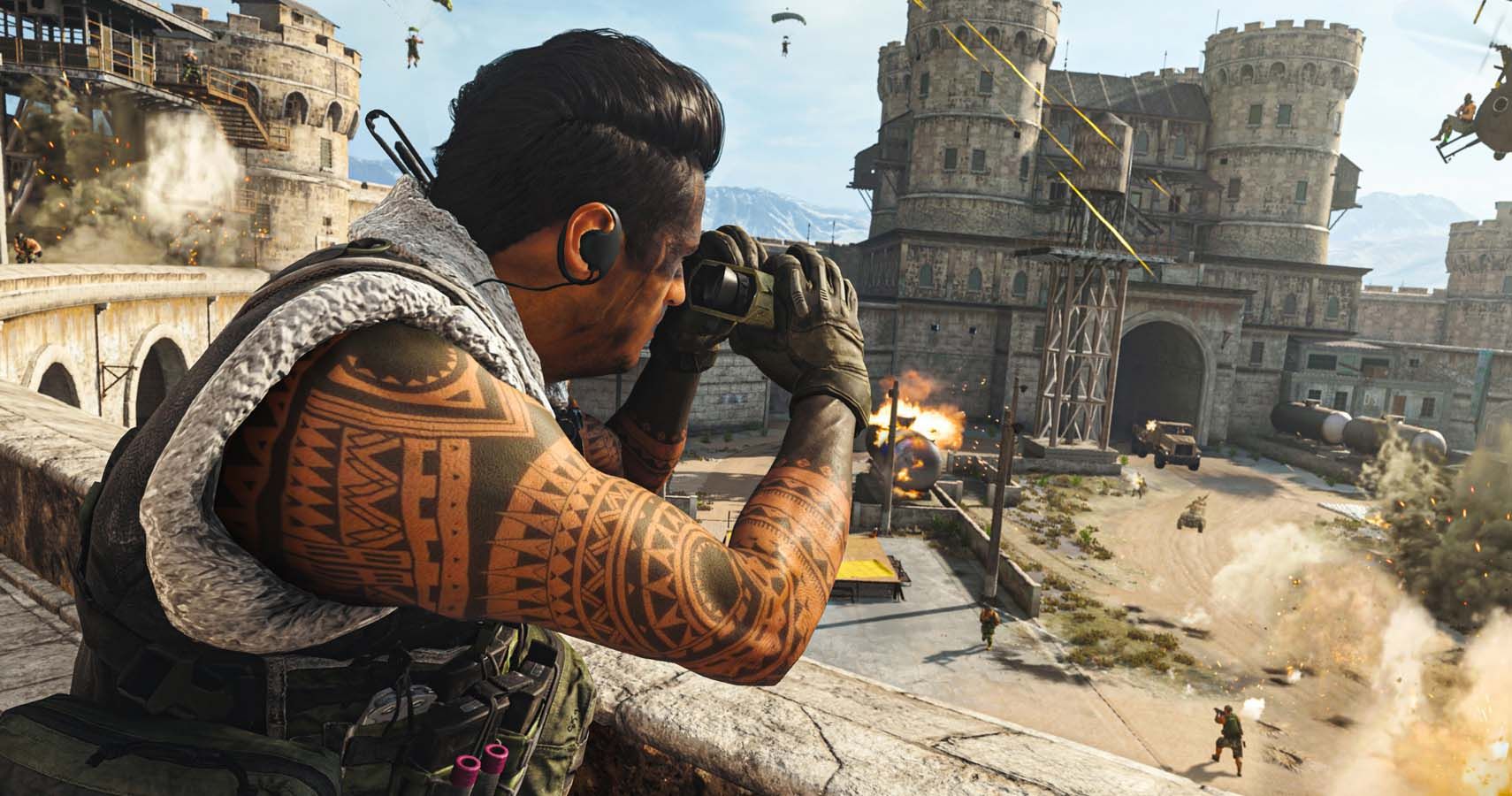 The campaign’s conclusion suggested that a complete remake of Modern Warfare 2 was on the cards, and it more than likely is, but it seems like it won’t be tackling the storyline and characters many had envisioned. Why? Because Warzone has already taken Captain Price, Ghost and company on new adventures which bleed in major antagonists such as Imran Zakhaev for good measure. A character who tragically gave his own life in Modern Warfare is even brought back to life in Warzone like it was nothing, so why bother taking anything seriously if they can be reversed so trivially.

Modern Warfare’s Warzone narrative arc concludes with the surprise introduction of Captain “Soap” MacTavish, a beloved member of Task Force 141 I imagine will be integrated into the next game in some manner, or perhaps even an upcoming season of Warzone. Cheesy blockbuster stories I hoped to see tackled in a more traditional single-player format were pushed aside to provide context to a hugely popular online experience – but this isn’t the true problem.

Fortnite has been exploring the idea of ambitious online storytelling for years now, encouraging players to uncover small details in a constantly evolving map which provide context to the next narrative beat. It’s overwhelming for newcomers or casual players, but hardened purists dig through every new piece of information hoping to uncover exactly where the multiverse is headed. Fortnite has the colourful charm to pull off such shenanigans, securing itself an immovable position in the cultural zeitgeist.

Call of Duty: Warzone tried to ape this with the inclusion of bunkers awash with their own selection of secrets, but they were resting on the foundation of existing characters and ideas which were previously seen elsewhere. Because of this, it feels like the characters I grew up with as a Modern Warfare 2 obsessive are being shoehorned into a world where they don’t belong. Such battles deserve a grander stage, instead of a bland battle pass skin and a brief cutscene at the start of each new season. 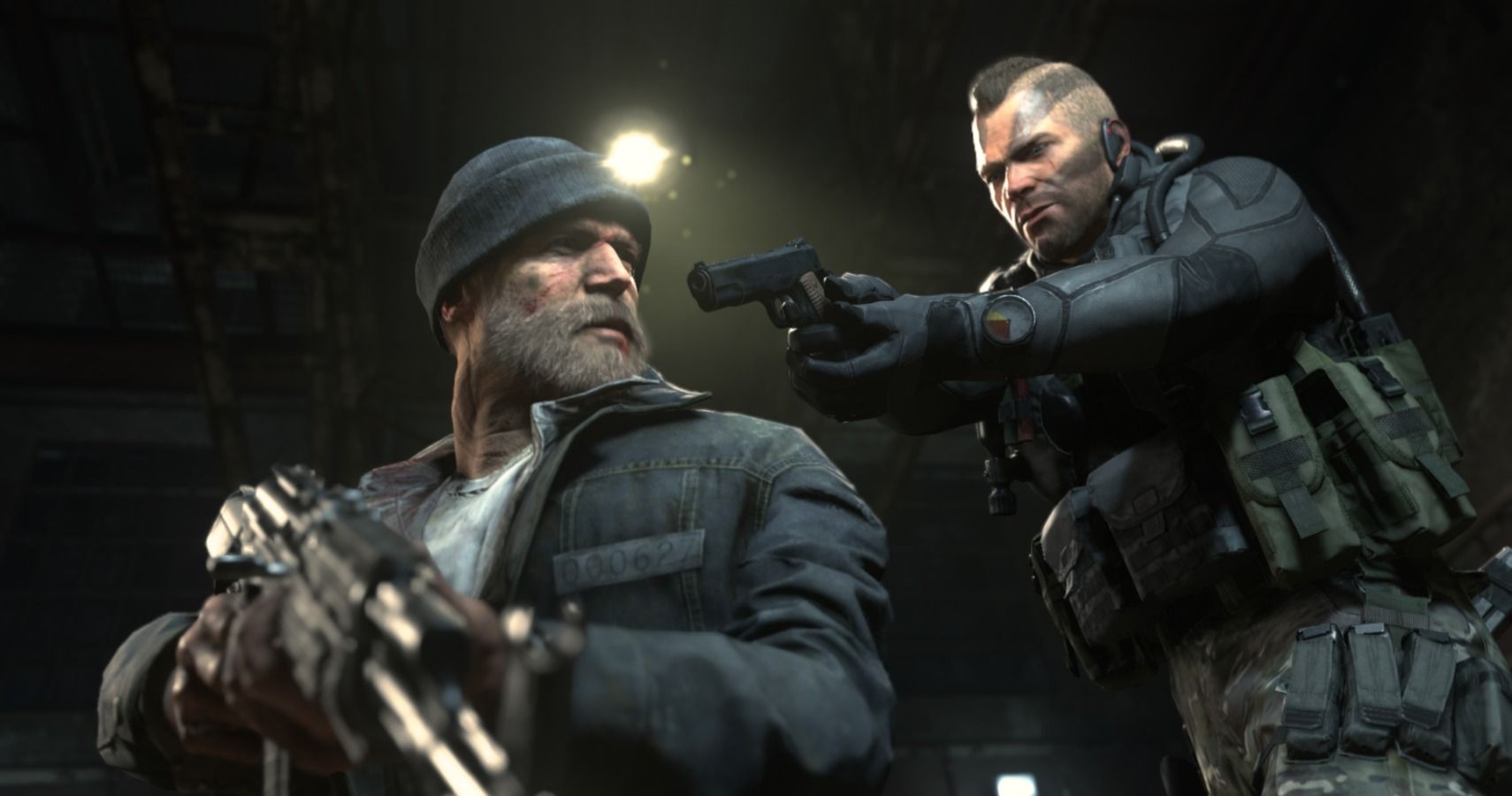 Activision’s recent treatment of Modern Warfare only reinforces my train of thought here. Upon the release of Black Ops Cold War, Infinity Ward’s latest effort has been treated like a problem child. It isn’t the hot new thing anymore, so much so that it no longer holds the limelight in its own client. Boot up Modern Warfare today and Black Ops Cold War and Warzone are far more pronounced, an obvious sign of what Activision wants you to play.

Once the yearly cycle dries up, I imagine the exact same fate will befall Black Ops Cold War. This is the cold, hard truth of being a live service shooter across a single, cohesive client. Creators have little incentive to resurface older content, instead choosing to push it aside in favour of new experiences which will themselves fade into obscurity in a matter of months. This is a scary situation, and makes me fear that newer shooters who follow such a model will slowly lose themselves to history.

You simply can’t go back and revisit the explosive tales explored in the early days of Warzone in the way it was originally intended, and if its narrative context ends up underpinning the eventual plot of Modern Warfare 2, that’s a big problem. Live service experiences are a big investment, and not everyone is willing to pay close attention to each and every seasonal update to ensure nothing is missed. 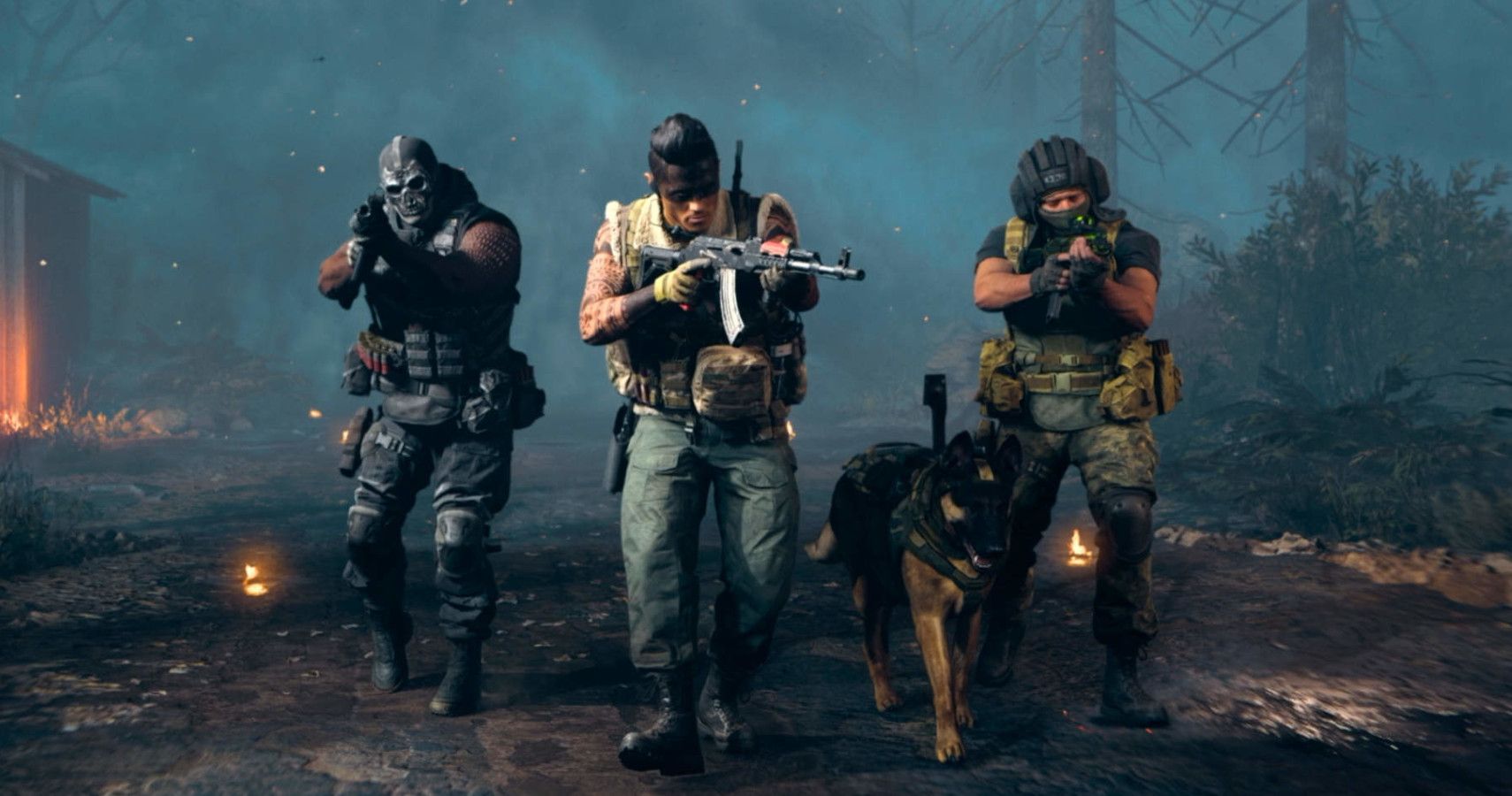 Activision will eventually run out of important characters and locations to reference, and will need to craft new ideas in this universe to keep players invested. But all of its potential trump cards have been played, which could lead to player backlash as the developers scramble to justify the existence of new locations, faces and motivations for them to exist. I understand that much of my moaning here is due to Ghost-tinted glasses.

The original Modern Warfare trilogy means so much to me and millions of others, but its legacy is being used for temporary thrills in Warzone which surely could have been executed better elsewhere. Now, the same song and dance is being performed with Black Ops, a subseries which is potentially more beloved in the eyes of fans. The storytelling in Call of Duty isn’t good by any means, but it was formative enough to me that this mistreatment has to mean something.

I could be eating my words by the time Modern Warfare 2, or whatever it ends up being called, rolls around in the coming years, and I hope I am. That being said, battle royale won’t be in the limelight forever, so I hope Activision doesn’t let its biggest property be lost to time just to score some easy wins.

Next: Call Of Duty Warzone’s Zombies Have Hiked To The Hospital 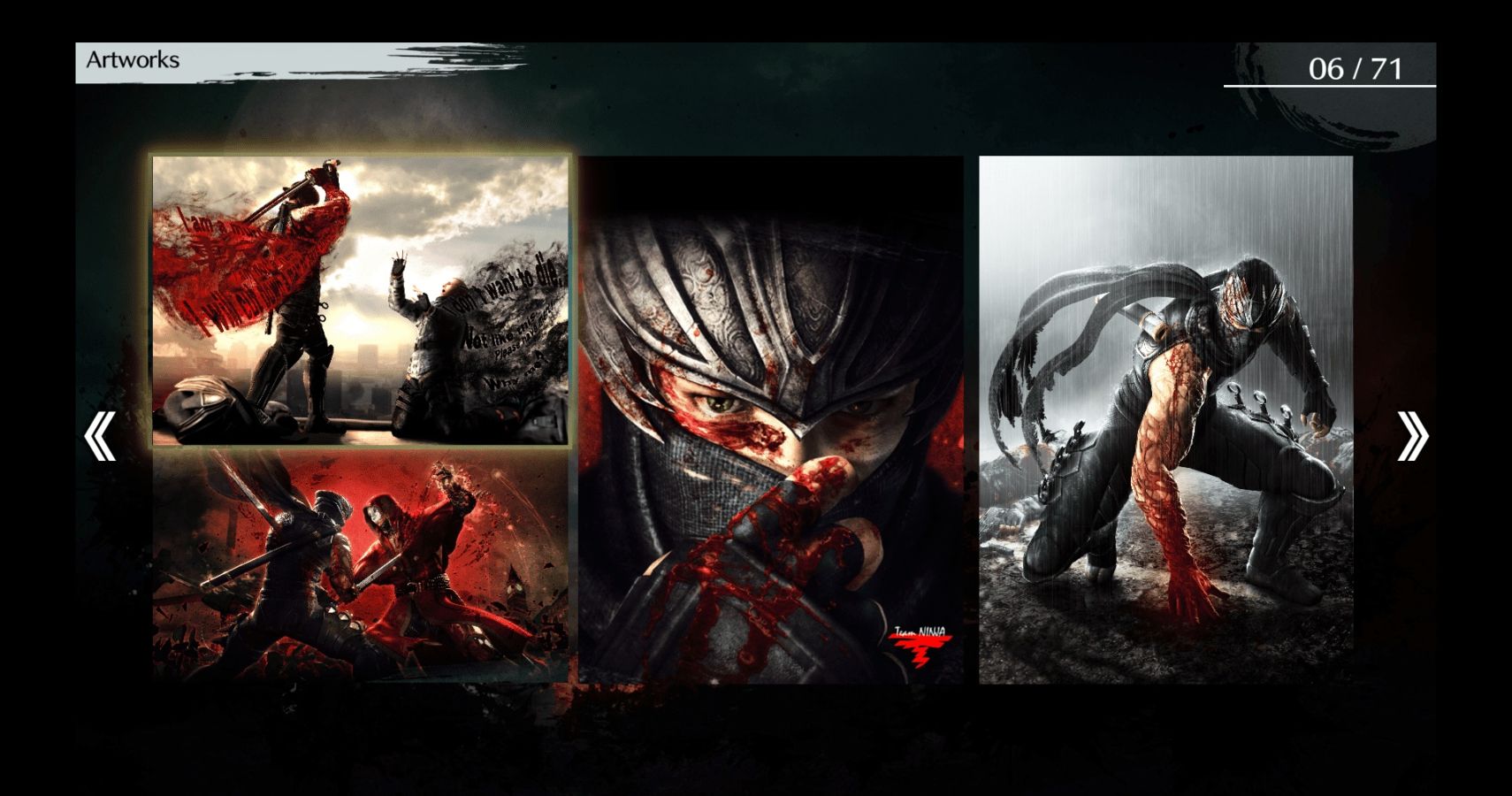