Days Gone has arrived and gamers are finally diving into the game’s brutal open-world. But enduring such a ruthless, Freaker-infested wilderness can be quite the challenge. With that in mind, we’ve put together a survival guide to help you become the best motorcycle-riding zombie-slayer in the land.

Post-apocalyptic Oregon is running low on supplies. This is a problem because Deacon needs plenty of them to both to maintain his bike and top-up his medical provisions.

Thankfully, Deacon’s survival instincts highlight nearby items of interest which should always be scavenged. Simply press R3 to get a more in-depth view of the world around you, including any nearby swag.

At times, it’s easy to forget to regularly check your surrounding area for supplies, but picking up extra scrap, bandages and bottles can be the difference between life and death, especially as the game ramps up the difficulty later on. Do yourself a favour and start hoarding supplies as soon as you load the game.

Once you upgrade your survival instincts, you’ll also be able to highlight the position of enemies, allowing you to plan your attacks more carefully and take them out with the least amount of ammo possible

Whilst the hundreds of broken-down cars and abandoned trucks may seem like an annoyance as you try and perform high-speed bike manoeuvres, these obstacles are actually key to your survival.

Your motorbike needs parts to run smoothly and, depending on how recklessly you drive, you’ll find yourself needing to fix your bike frequently. Thankfully, scrap can be found around the world in forgotten buildings or within deserted gas stations.

But the most efficient way to find scrap is to scavenge the cars you find on the road. Under the bonnet of each vehicle, you will be able to source a good chunk of scrap which you’ll need to keep on hand as you travel through the world.

It’s not just scrap either. Some cars have treasures hidden in the boot such as medicine, bandages or fuel for your bike. Police cars often carry ammunition and ambulances are stocked with first-aid kits. If you see one at the side of the road, always take the time to check it.

Freakers dominate the wilderness and their presence across the game’s open-world makes survival a constant battle for every person left alive.

Freakers love settling in abandoned houses and factories, creating an infestation zone which is a kind of zombie nest.

Not only will destroying these nests diminish the population of Freakers in each region, but it opens up fast travel paths between routes that were previously too unsafe to traverse. That means it’s well worth taking them out.

Infestation zones are marked in red on your map and, depending on the strength of the infestation, these can span a considerable area. Drive into these zones to locate each specific nest and then set it on fire (Molotov cocktails work well) to kill the Freakers inside and prevent them from returning to the area. 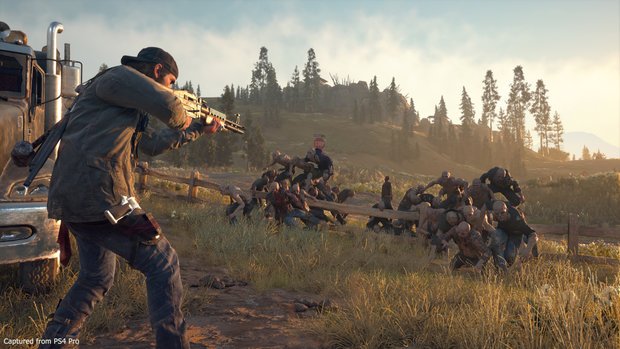 4. Watch Your Sound and Visibility Meters

Stocking up on ammunition and preparing for each fight with medical supplies is one combat tactic, but sometimes the best strategy is avoidance.

At the bottom right of your screen is a circular map you can use to get around Oregon, but it serves another use too. Anytime any enemy wanders into the area surrounding Deacon a red bar will light up on the map. This bar gets fatter and brighter the closer an enemy gets to you, meaning that you’ll easily be able to figure out where your enemy is coming from.

While the bar is at the outer edge of the circle, you can still make your getaway unseen. Simply walk in the opposite direction to the danger staying close to the ground and utilising the shrubbery as cover.

Sometimes when your health is low or if you simply want to conserve ammunition it’s smarter to use this tactic, especially when the night brings hundreds of Freakers out of hibernation. Additionally, you can keep an eye on the volume meter to check how much, or how little, noise you’re making. The quieter you can be the more fights you can avoid.

5. Earn Trust Within the Campsites

Deacon St. John can’t make it in this world without allies. Luckily, with three main campsites to build a relationship with, Deacon is spoilt for choice when it comes to making friends.

Camps are hubs where you can replenish Deacon’s health, stock up on ammunition and refuel his bike. In return for a safe place where Deacon can rest his head, the camp leader will send Deacon out on jobs to hunt down killers and thieves to increase the safety of the camp’s residents.

As you complete these tasks you’ll gain standing in the camp and you’ll slowly move to higher levels of trust, unlocking new perks, guns, and missions.

Trust can easily be earnt (we have a full guide on the site) and it’s the only way to upgrade each camp. Any income you earn can only be spent in the camp you earned it from, which means you may need to carefully calculate which missions to take on depending on how desperately you want that new engine or gun upgrade. 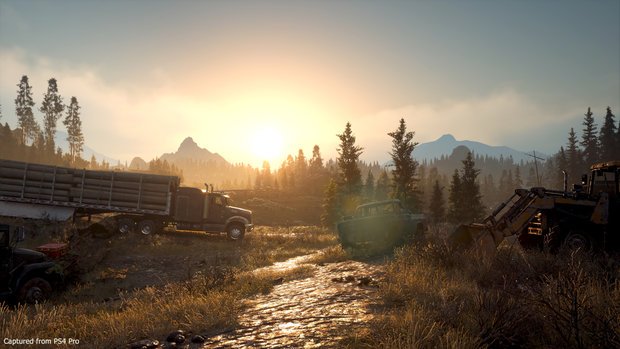 Taking down enemies does more than just make the roads safer for camp survivors. It directly impacts your weaponry, camp trust and crafting abilities.

Each region is home to a handful of ambush hunter camps and, left unattended, the marauders living there will set up ambush traps, snipe you as you move from one destination to the next, and capture unsuspecting survivors who stumble into their path.

It therefore makes sense to eradicate these murderers and make life easier for the camp survivors. An extra incentive is that, upon defeating these foes, you’ll be able to transform their camp into a fast travel checkpoint and you’ll learn of key locations in the surrounding area.

This includes Historical Markers (full guides available here), nearby zones of interest and, most importantly, with each camp you clear you’ll earn more crafting recipes, making it easier to survive out in the wilds.

7.  Learn How to Utilise the Plant Life Around You

While guns and melee weapons are perhaps the most useful tools in a fight, don’t forget to make use of your crossbow.

The crossbow may only deal minimal damage, but its main advantage comes from your ability to craft unlimited bolts by harvesting tree branches.

Harvesting plant life should be a priority every time you venture out of a safe zone. On top of bolts, certain herbs mixed together will create health and stamina cocktails which give you a boost in battle.

Herbology is also a collectible category and each herb you pick up will take you one step closer to getting 100% of the collectibles. If you’re a completionist, a spot of post-apocalyptic gardening is a must!

Don’t forget! Daily Star Gaming has you covered for Days Gone Historical Marker locations in each of the game’s regions, as well as boss guides, survival tips and more!