EVE Online boasts a proprietary virtual economy that’s almost as complex as a real one, having seen its very own GameStop-esque short-squeeze just last year. Given that players are already successfully shorting resources based on scarcity speculation, it’s no surprise that some particularly apt spacefarers managed to put together a fully-functioning bank a few years back, complete with intricate interest repayment systems and (almost) airtight liquidity failsafes.

The only issue was the bank’s in-game CEO, who had plans of his own – specifically, plans to embezzle over 200 billion ISK (EVE’s in-game currency) and convert it into real-life Australian dollars.

“Some ingenious players created a bank back in 2009 called the E-Bank,” CCP Games CEO Hilmar Veigar Pétursson tells TheGamer. “I was a customer of E-Bank myself, just to see how they were doing it. They basically created a vostro account system, kind of like what exists in the central bank of a country.” 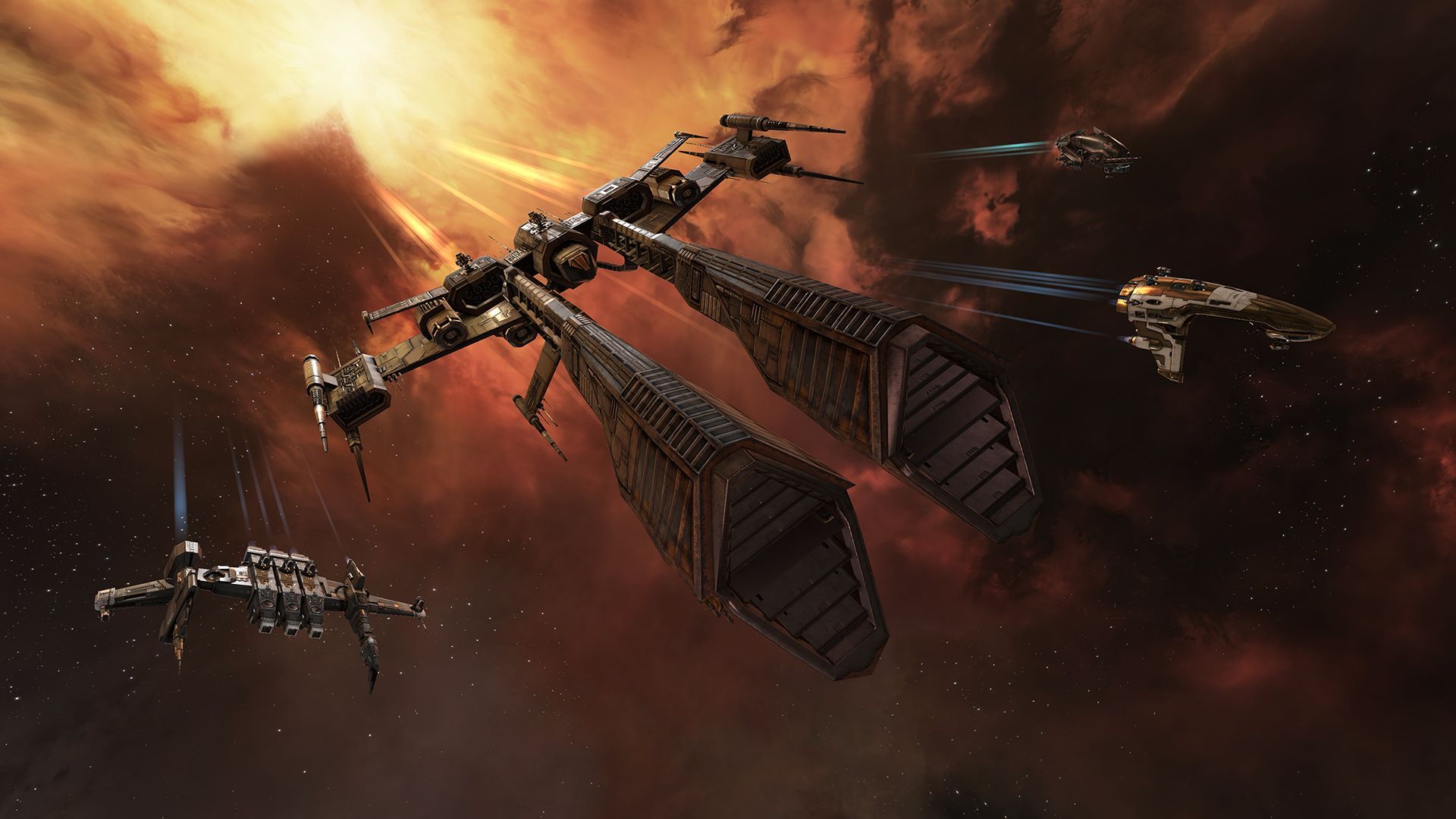 For those unacquainted with this kind of banking, a “vostro” account is usually taken out by the central bank of a country in the central bank of another country, and used to store the former’s money in the currency of the latter. For example, a British bank might take out an account with a US bank that is physically located in the US and use it purely to hold US dollars. In this case, the nostro account belongs to the British bank, “nostro” meaning “ours,” while vostro – meaning “yours” – is the account type from the US bank’s perspective.

The “vostro” tag here refers more to the locational element of this dynamic than a difference in currency, given that EVE’s E-Bank solely ran on ISK. Pétursson explains that the team who built the bank combined EVE’s proprietary account system with an external structure stored on an outside web server, which allowed them to index into a single common pool. Essentially, it allowed them to accurately track performance against at least two standard metrics, which in turn gave them license to act as a fully-operational bank by putting the results together.

It’s complicated, I know – but as Pétursson says, “keeping up with EVE players is no small task.”

“They were issuing loans out of the common pool and paying interest as a result,” Pétursson says. “They had a board and it was extremely well done. It takes a lot of ingenuity both to have the idea and to execute it – but then the CEO of the bank made a run [for it].

“He stole money from the bank, 200 billion ISK, and he swapped it over to real-world currency through illegal means. Everything was within the rules of the game until he swapped it over to real-world money. He swapped it for 6,300 Australian dollars. At that point we banned him because that’s not allowed, but up until that point this was fully within the means of the fiction of the game. [A] banking CEO robbing the bank and running away with the money is totally what would happen in the ruthless, nihilistic, capitalistic world of EVE Online. We just don’t allow you to swap it for real-world goods.” 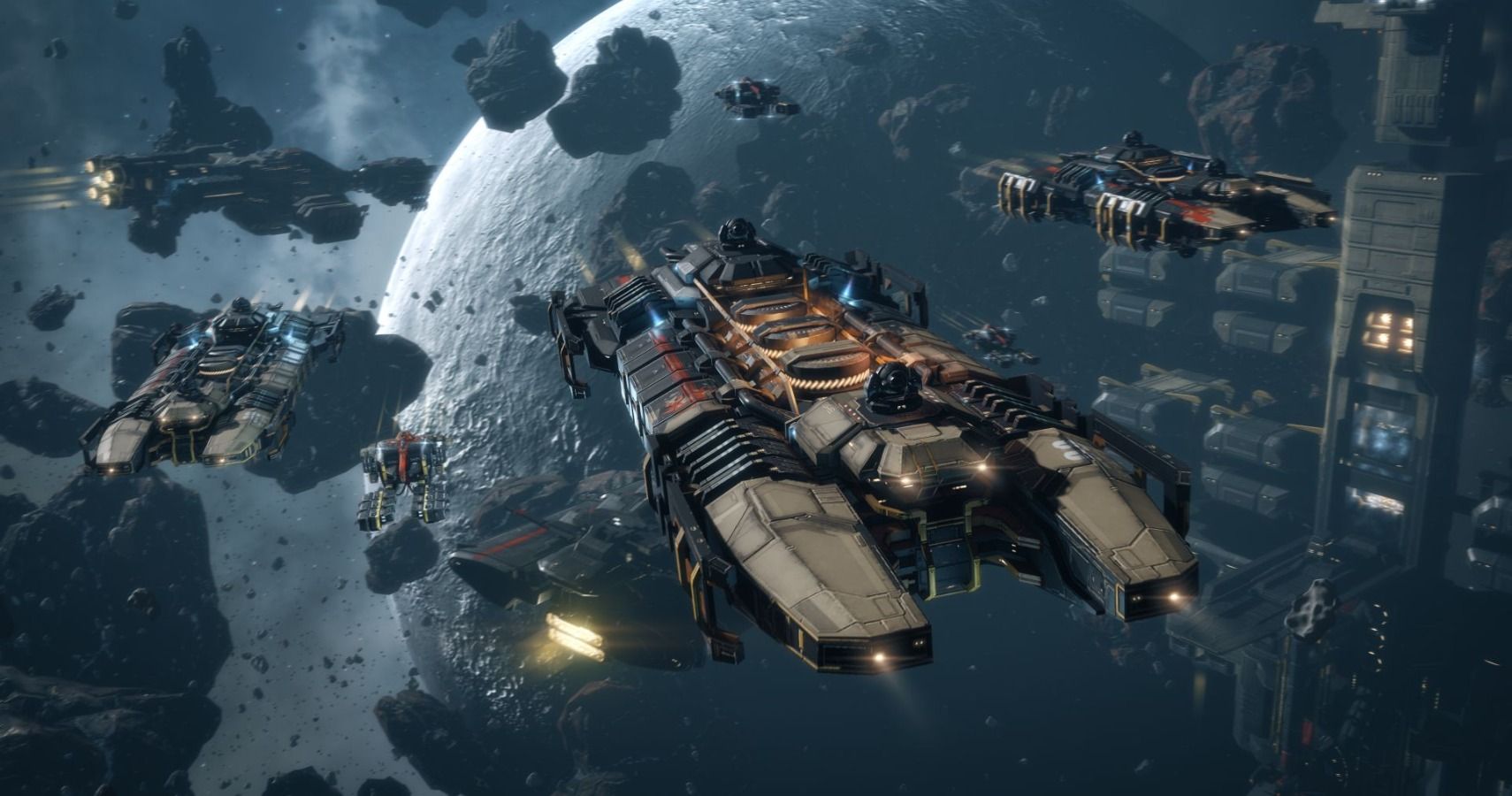 After the ex-CEO was banned on account of trading ISK for actual currency, the bank experienced a major liquidity squeeze, meaning that it suffered from a lack of short-term capital. Both workers and customers alike tried to claw their way out of this situation for around a month, at which point E-Bank publicly disclosed that it had fallen 1.2 trillion ISK into the red. They froze every single client’s account in order to ensure that nobody could do a runner with the money, but the bank trust was irreparably damaged and it seemed as if E-Bank was now destined to fail. The fact that EVE doesn’t support fractional banking – which allows people to print too much money – meant that this didn’t lead to total economic collapse, but the bank itself was done for.

“They never recovered from that,” Pétursson says. “But it was an extremely well-executed business concept on top of the core economy of EVE Online. There are many more generic ways you can implement this – they had to write a banking system from scratch. As the infrastructure builds up, I’ve often thought about ways about how we can allow people to do this more efficiently, because this was a great metagame example of what you can do in EVE Online – apart from him cashing out.

“All the way up until that point – we call EVE Online the endlessly scalable storytelling engine because the amount of adventure and drama that EVE Online generates on its own holds no bounds. It’s not just massive fleet fights, it’s also elements like that: someone invented a fully-functional bank in a futuristic space-capital game 20,000 years from now, but right now on planet Earth.”

Next: Yakuza Kiwami Offers A Subtle But Scathing Critique Of Globalisation