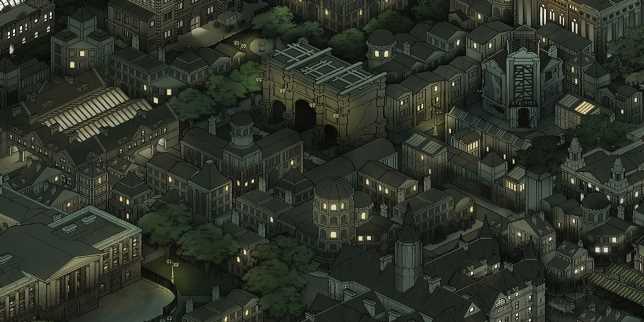 In the Victorian London universe of the RPG Fallen London, the Empress has declared that the new year shall not take place on December 31st, 1899. “We did not abandon our husband; we shall not abandon our century." The year of 1900 is, according to Her Renewed Majesty, unceremoniously cancelled. Erased. In short, December 31st, 1899 shall be followed by January 1st, 1899, and calendars will be reset. Welcome to the year 1899 once again.

It’s an unexpected, but entirely characteristic, twist of events for the free-to-play browser game. Fallen London has been consistently updated with new content, stories and features for so long—since 2009, which will be a staggering 12 years on 11 January this year—that its developer, Failbetter Games, had to reckon with its in-game turn of the century. This reveal, too, feels in line with the game’s audacious yet whimsical tone. Even the manner in which the announcement was made was almost farcical, with the queen’s speech said to be “long and tortuous”, and could hardly be heard over the buzz and confused chatter of the London crowd.

“[With] the turning of the calendar to 1900, we saw it as kind of a narrative opportunity, and an opportunity to have a bit of fun with our community because, you know, a huge, huge portion of what Fallen London is, is down to them, and the things that they respond to, and and things that they enjoy,” Hannah Flynn, Community Director of Failbetter Games, tells me. “We knew they’ll think that this was quite funny.”

Flynn knows their community well; conversations by bemused players about how ludicrous this entire affair was can be seen across Reddit, Discord, and on the Failbetter Games forum. “I laughed and clapped when I first read the announcement, the sheer audacity of the Empress really is something,” wrote a player, fiscusnimbus, on the forum. Some others, however, were disappointed by the timing of the Empress’ proclamation—a brief event that can be missed if you didn’t log in during New Year’s Eve. 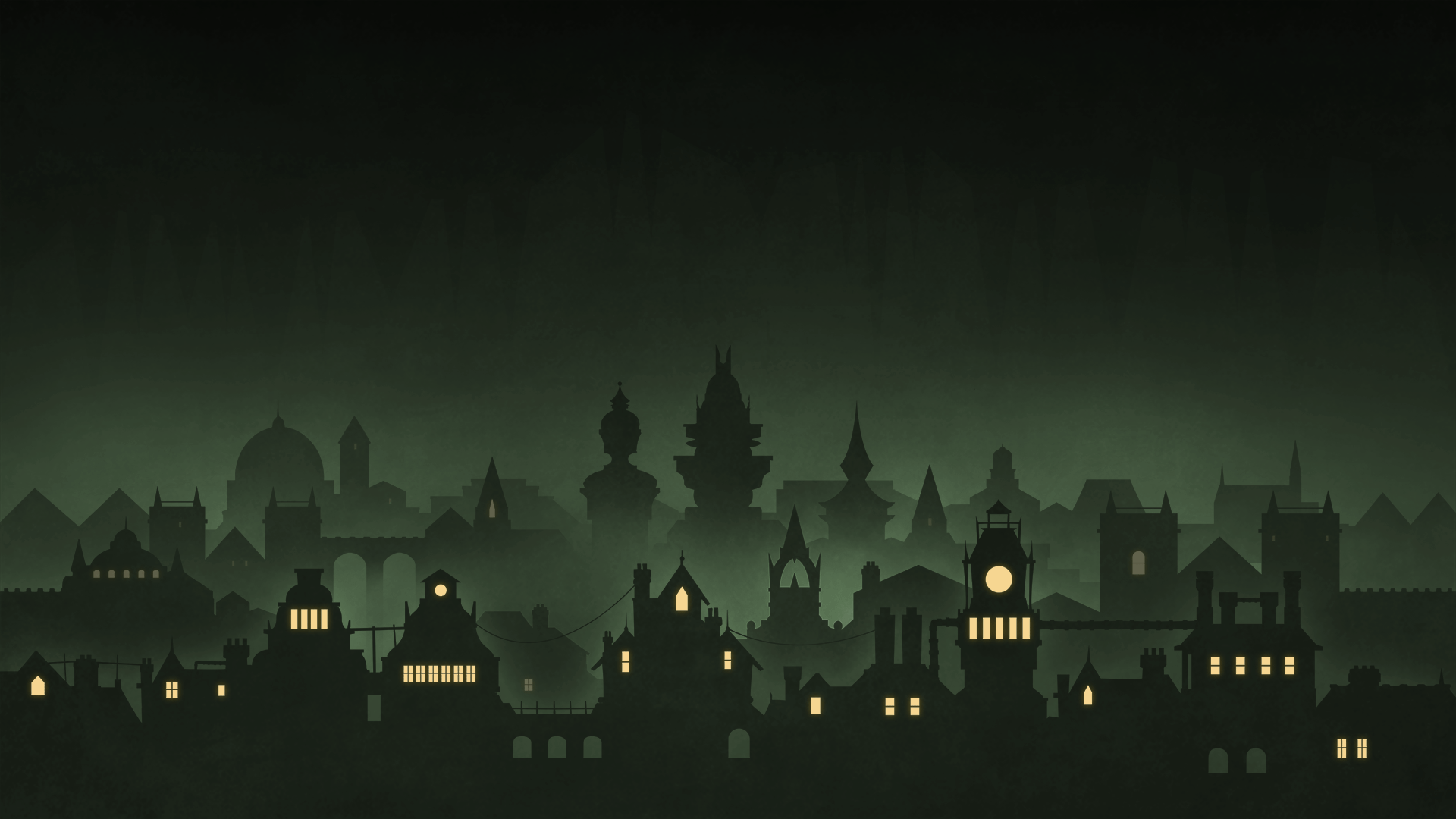 What set Fallen London apart from traditional RPGs is that the game’s happenings are conveyed over paragraphs of pithy but elegant prose, rather than moving images or videos—by now a hallmark of Failbetter Games. You may be more familiar with two other games by the developer: the roguelike survival games Sunless Sea and Sunless Skies, which are set in the same Victorian setting, with the developer’s distinctive, invigorating words driving the players’ cosmic journey. Unlike those two however, where death is rampant and there are elements of space combat, Fallen London takes place entirely on the browser, a choose-your-own-adventure game mostly driven by self-contained anecdotes. It’s also much harder to die since death is merely a notch on your status (although there’s one way to actually pursue eternal self-destruction). There’s a reason for it—something to do with the malleability of time and all that—but that’s the charm of Fallen London’s bizarre Victorian London setting. It invokes gothic horror themes, imparting tales filled with Lovecraftian creatures, macabre happenings, and even heart-wrenching romance. There are squid-like, rubbery men to befriend, red-eyed devils to consort with, and great political intrigue to get yourself mired in. It’s the sort of game where the top hat you’ve just plonked on your head is probably cursed and somewhat sentient.

That said, the Empress’ frivolous change of the calendar year isn’t going to have a sweeping, seismic impact; Flynn says that this event isn’t a precursor to any new features or broad, structural change. But as with most of Fallen London’s past events, its implications on the universe will be much more subtle. “It'll be the same kind of idea, that the changing year will mean that each different faction will have their own response to it narratively. So when they do come up against the fact that the calendars for the year are going to be burned, and nobody's gonna really be sure what day it is […] it's mostly going to have, like, a narrative impact,” she explains. In other words, it’s more of a nod and a wink to its players, particularly those who have been paying close attention to the game’s calendar. 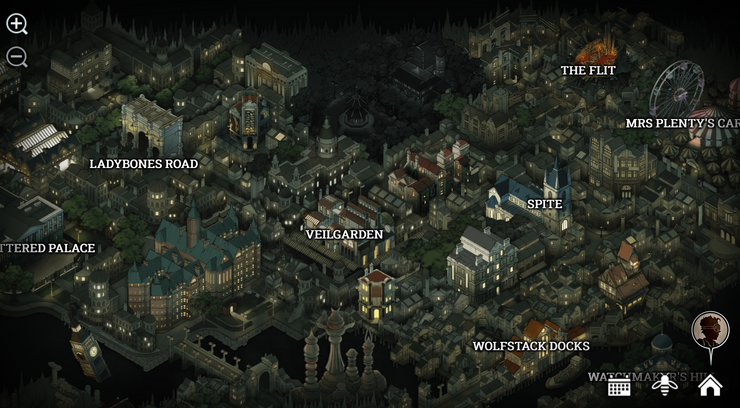 “We do watch and pay attention to everything that they're saying. One of the ways is that we like to put things in there that we know that they're going to notice, and that they will find really funny, or really, especially, what we really want people to feel is a sense that their choices have been recognised,” says Flynn. It’s perhaps these intimate interactions with its community that helped keep Fallen London afloat through the past decade—a tremendous feat for an indie developer.

It’s also, inevitably, one way that the Fallen London community itself has helped shape the game’s universe. In one instance, a player had accidentally purchased uhm, 500 weasels, but the developer saw a chance to introduce an opportunity card—mini events that can grant players additional perks or resources, or help them advance bigger story arcs in Fallen London—that are exclusive to players with at least 400 weasels. It was popularly received, and saw more players intentionally purchasing a humongous amount of weasels just to receive that opportunity card.

Flynn refers to this influence that the Fallen London community has on its writing as “kind of cyclical”. While the Failbetter writers will still largely dictate the direction of the narrative, they will play off with players’ responses to the events they have previously written. “We see how they respond to one thing, and then it gives us ideas for the next thing. And it's a lot of back and forth. And I think, if you think of developer community interactions as kind of a spectrum, on one end, you have people who are dev teams who are doing a Kickstarter where everybody gets to name every individual weapon, and they get to request every individual feature. And it's very granular, and it's very specific. And then at the other end, the developers, you know, the Kojimas who present you with a complete work, they just want you to enjoy it, appreciate that masterwork,” she explains.

“And we are definitely in the middle of somewhere, we want people to have this sense of ownership. And yeah, [this is a] waltz that we're kind of doing together. We also want people to feel surprised, challenged, and that the game gives them something that they can't get anywhere else, in part because of the surprises, and because of the weird places we can take it.”

Infusing the universe with these fantastical events was how Fallen London has operated for twelve years, with its team of writers constantly penning new adventures and activities for the Fallen London community to discover. It’s perhaps not that far of a stretch to suggest that this feels like a precursor to many triple-A studios’ endeavours to keep their games endlessly playable—what they call the ‘games-as-a-service’ model, in which content is ceaselessly pumped out to keep players engaged.

But rather than introduce these new tales to paying subscribers only, Fallen London is still largely playable, even if you don’t pay a single cent. In fact, Flynn tells me that 20 percent of the words in the game were written in 2020 (“Massive, massive piece of work,” she exclaims), with the bulk of ‘Ambitions’—long story arcs that detail your character’s backstory—completed back then, and which are accessible to any players. There are premium tales, of course, known as ‘Exceptional Stories’ that you can purchase, but these are not usually central to the game. Think of these as additional short fiction you can consume, usually for the price of a cup of coffee.

“I think that it comes from a philosophy that influences everything. I don't want to speak too far out of turn, because I'm not our business expert,” Flynn shares. “But I would say that, at the centre of what we do is a desire for sustainability. And we're not a studio looking to make gargantuan profit. We're not trying to get money no matter what. That's not the primary goal of what we do. What we want to do is continue to make games that are good, and that make a difference in a small way.

“And I think that's why we've been able to continually say, this is how much the subscription is, this is how much… but you do not have to pay a penny to play most of the game. And that will always be the case.”

So what will happen to Fallen London, hopefully, for the next twelve years? Will Fallen London remain in the year 1899 forever, or perhaps even travel backwards in calendar years? Failbetter Games doesn’t have any grand plots concocted for this narrative twist yet, but at the very least, Flynn mentions that Fallen London is going to be stuck in the Victorian era for the foreseeable future. “We’re just gonna keep on, like fix this turn of the century problem,” she laughs. “We've got Mask of the Rose coming next year. And I don't think we have an out. I don't think we have a plan!”

On that note, Flynn shares that the studio is also working on a game separate from the Fallen London universe, that will feature a type of bison called wisents, which already sounds delightfully odd. But regardless of what comes next for Failbetter Games, Fallen London will always be the centerpiece of the studio. “It's so close to our hearts, and it's so important to us, and I just don't know how we would stop it. Maybe ask me again in two or three years about when it's going to end. We might have a better idea.“