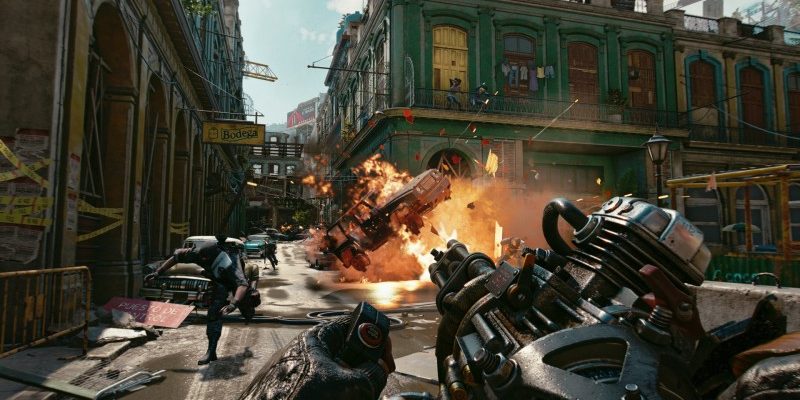 Antón Castillo’s bloody reign over the Cuban paradise, Yara, must be stopped. You’ll scour the island’s myriad biomes alongside a bevy of Amigos For Hire and with the support of a few other revolutionaries to free the general public from tyrannical rule. As Dani Rojas (players can choose to play as a woman or man), you’ll need the best equipment you can find. Sometimes, however, instead of stumbling across some rare stash or bountiful armory, you’ll have to make due with what you’ve got. In Far Cry 6, you’ll have to craft your most powerful weapons to transform into a one-person-army.

Yaran culture is appropriately informed by Cuba’s real-world “resolver” philosophy: use everything and anything at your disposal to accomplish the goal/objective that has been set. As a seasoned mercenary and revolutionary, you must embrace this methodology to stay one step ahead of Castillo’s gargantuan military force. In other words, you’ll become a “resolver guerilla.” While out and about, you’ll likely collect a good amount of seemingly throw-away scraps and mechanical parts. These pieces can be presented  to your mentor, Juan Cortez, and crafted into weapons of notable strength.

In the gameplay footage that was released today, Dani can be seen wielding a motorcycle engine powered minigun and unleashing carnage on their weaker opponents. Additionally, you’ll likely spot a homing missile throwing backpack hilariously laying waste to the landscape. Far Cry 6 embraces the zaniness of craftable weapons so that you can live out your own badass action-movie fantasies. And when you’re not in the mood to spark the flames of chaos and warfare, you can holster your weapon– for the first time in franchise history by the way! – to take a more passive approach to exploration and navigation.

While we’re sure there’ll be more wacky firearms and gear to create, we’ll have to wait and see what Ubisoft has in store for future trailers and updates. Unfortunately Far Cry 6 was delayed, but it’s still set for a 2021 launch on next-gen and current-gen consoles as well as PC and Stadia.